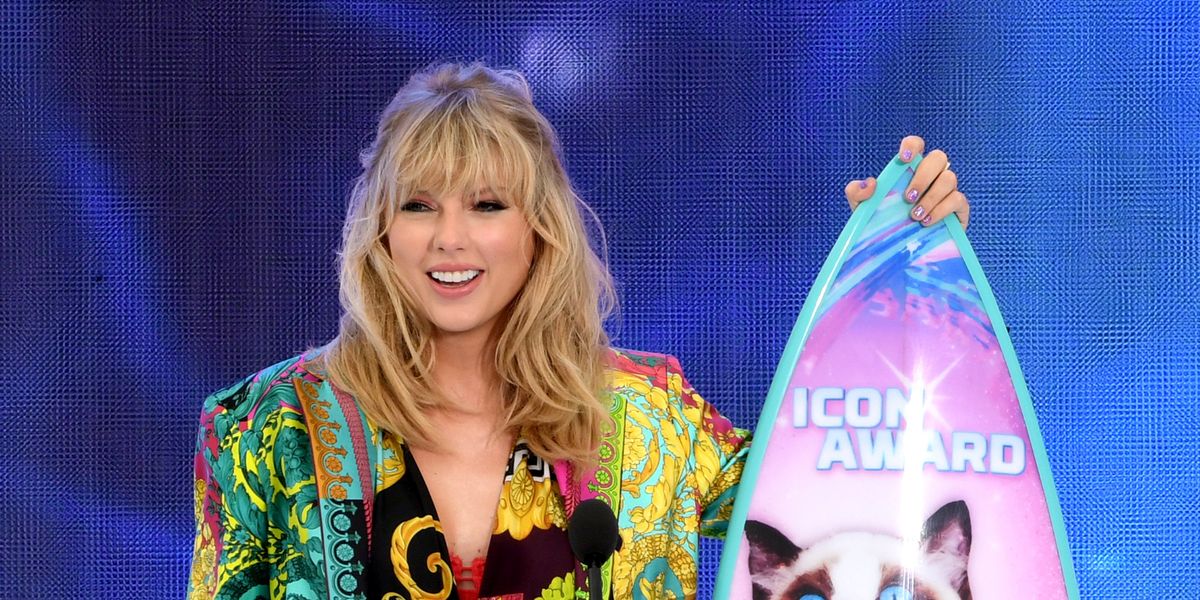 Lover week marches on, and the Taylor Swift vs. Scooter Braun beef continues to escalate. Pop's reigning queen has been at war with Braun (a music biz power player who manages Ariana Grande and Justin Bieber) for some time, but things got heavy when Scooter's company bought Swift's old label Big Machine for $300 million back in July. The purchase means Braun now owns all of Swift's master recordings from her previous six albums. While it's not unusual for artists to lack the rights to their back catalogs, Swift was incensed.

So she's doing something about it! In an upcoming "CBS Sunday Morning" interview, Tracy Swift reportedly tells host Tracy Smith that she will "absolutely" re-record all of her past music so she can own the new versions of her old songs. This is a barely-precedented move that formerly seemed like a deranged plan thought up by desperate Swifties — but Prince got away with it in the 1990s (during his infamous "The Artist Formerly Known as Prince" phase), and Swift is apparently following his lead.

Re-recording six albums sounds stressful and expensive, especially when we're considering songs written and recorded more than a decade ago, although when someone has been touring as relentlessly as Swift has they've presumably got the vocals and lyrics on lock. A bigger issue might be legality — Page Six reports that Swift's Big Machine contract explicitly precludes her from re-recording her masters, asserting that this clause has been standard for years now.

We'll just have to wait and see, and listen to Swift's major label debut Lover, which drops Friday.