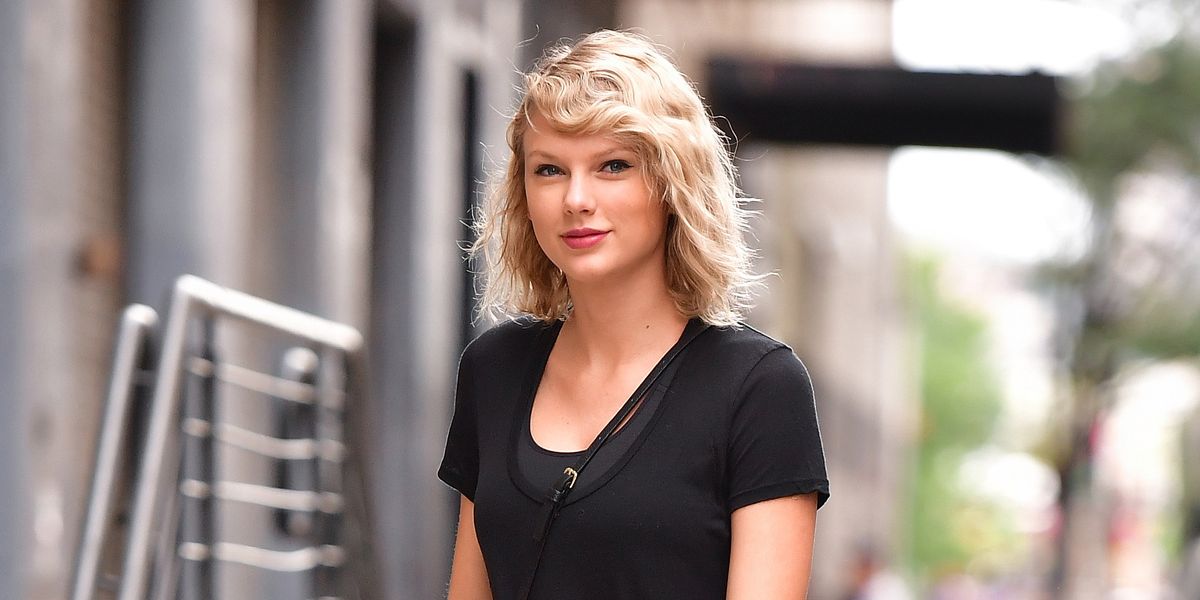 Taylor Swift is decidedly not known for her outspoken political views. In fact, in a post-Trump world, the country-singer-turned- pop-superstar has been shaded into near oblivion (as far as the countercultural zeitgeist and its exclusive hold on "relevance" is concerned, at least) for her deafening silence on the election and all of the mind-boggling events that have since followed. In the New Era, artists in the public eye are expected to voice their opinions, loudly and often. A platform is now considered a responsibility, and an artist like Swift with massive hordes of young fans can no longer say "I don't talk about politics" with a straight face without receiving a ton of flak from the press and social media at large.

Formerly considered a master of PR, Swift has been willing to sustain this silence, even given how damaging it's been to her cultural credibility. (To be sure, her highly dedicated fan base has remained as loyal as ever, and it's not as though her numbers are hurting). Either she really is a Trump supporter, or the number of people she feels drawing a line in the sand would alienate just hasn't been worth it to her. (She tweeted about, but didn't attend, the Women's March, drawing the ire of many, and her appearance on TIME's #MeToo cover sparked a debate about whether she deserved to be there). Which makes it so surprising that she came out today in favor of the 800+ March for Our Lives gun control events that will take place nationally and around the world tomorrow.

"No one should have to go to school in fear of gun violence," Swift wrote on Instagram. "Or to a nightclub. Or to a concert. Or to a movie theater. Or to their place of worship. I've made a donation to show my support for the students, for the March For Our Lives campaign, for everyone affected by these tragedies, and to support gun reform. I'm so moved by the Parkland High School students, faculty, by all families and friends of victims who have spoken out, trying to prevent this from happening again."

Swift only posted the note on Instagram, where one fan noted she's had comments disabled since August 2017, and not on Twitter, where her mentions no doubt would have exploded. While gun control has typically been a strictly partisan issue, the Parkland school shooting and the fearless and relentless activism of its survivors seems to have marked a turning point culturally in the gun violence debate. In other words, it's not the most controversial thing to come out against people dying in mass shootings anymore. Still, it's a major departure for Swift, whose influence on her fans is no small political currency.