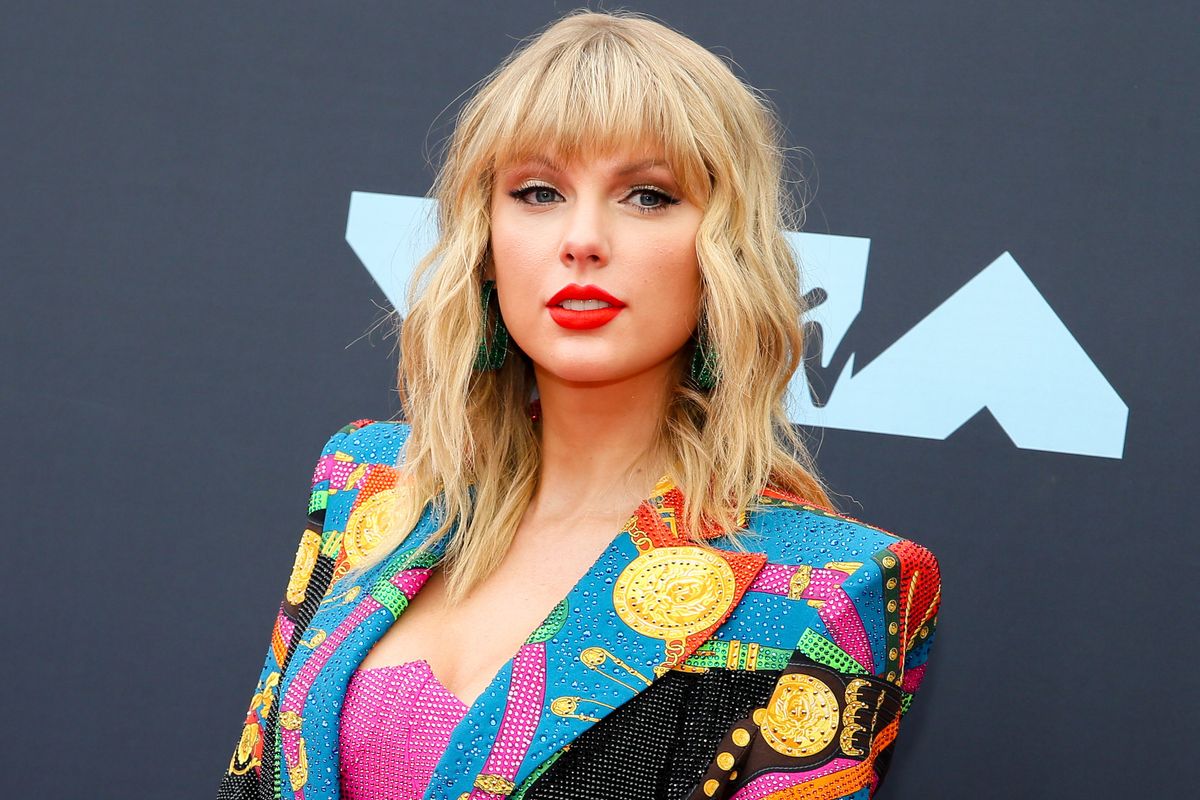 The Trump administration seems to somehow always find a way to push us further into what has become the VantaBlack of timelines. Within the past two weeks, Trump has voiced a desire to purchase the entire country of Greenland as well as suggested the U.S. fire nuclear bombs at hurricanes to stop them from hitting — headlines that make The Onion look soberingly grounded in reality. So, how did the White House attempt to top itself this week? Apparently by feuding with the world's biggest pop star, Taylor Swift.

At the VMAs this past Monday, Swift took time out from accepting the award for Video of the Year to call on the White House to respond to the petition calling for the passage of the Equality Act. A bill that has already unanimously passed the House, the Equality Act would extend pre-existing workplace protections aimed at preventing discrimination on the basis of sexuality and gender identity. Swift pointed out that the petition had already received more than "half a million signatures, which is five times the amount it would need to warrant a response from the White House."

The White House responds to Taylor Swift's petition on the House "Equality Act" after the singer calls them out dur… https://t.co/NY4iptUKSM
— CNN Politics (@CNN Politics)1566930900.0

So after having been called out on national television, the Trump Administration was finally forced to address the petition and responded with a disheartening, but ultimately unsurprising, "no." Citing various unspecified "poison pills" within the bill that would supposedly threaten to "undermine parental and conscience rights," once again prioritizing religious freedom over the rights of LGBTQ+ individuals.

Related | Here's How You Can Support the Equality Act

Adding insult to injury, Kellyanne Conway went on Fox News to comment on the White House's response in perhaps the most patronizing way possible by delivering a horribly pitchy rendition of Swift's own song "You Need to Calm Down." She added that the lyric "'If you say it on the street, that's a knock out, if you put it in a tweet, that's a cop-out.'" was essentially "Washington in a nutshell."

Then again, if Sean Spicer is good enough for Dancing With the Stars, maybe Conway has a future as a guest on Carpool Karaoke.