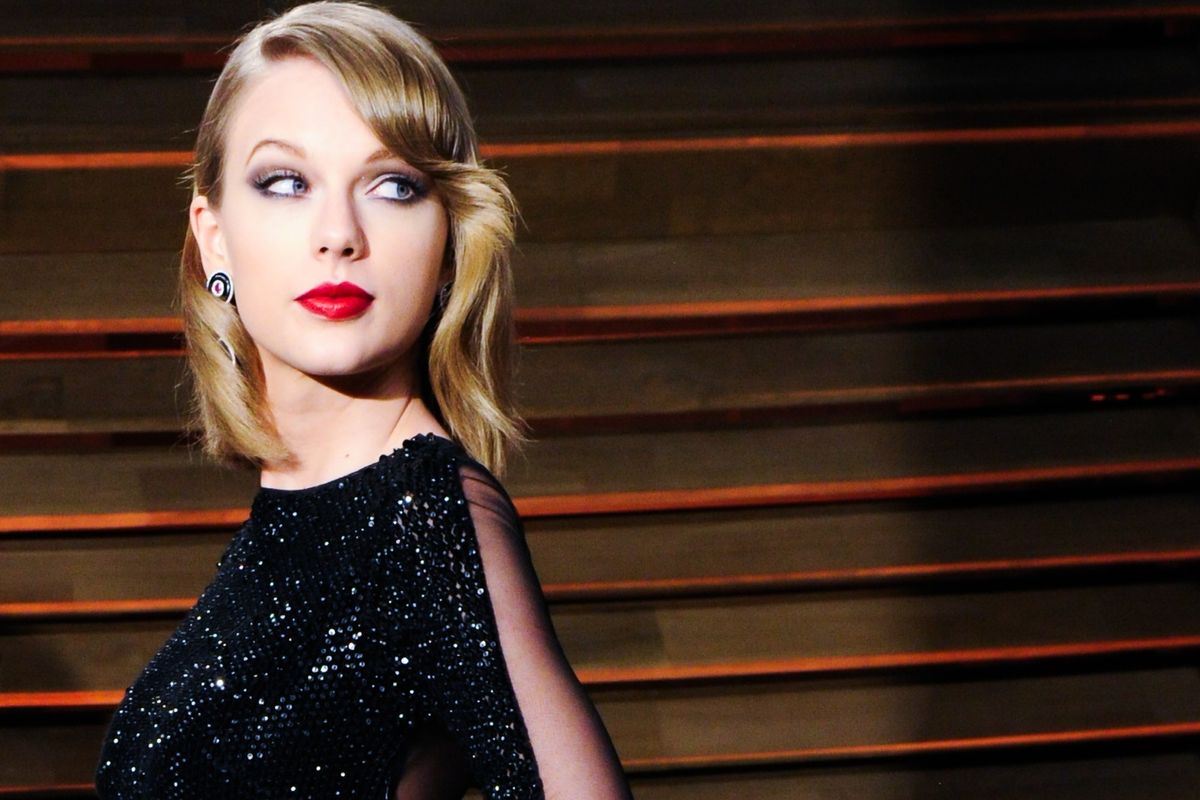 Today in shit the deep web spits up, we have an internet Neo-Nazi conspiracy theory that posits none other than Taylor Swift as a secret "Aryan goddess" -- which mostly has us wondering if there actually was something to Camille Paglia's "Nazi barbie" critique.

Yep, according to Twitter-infamous Breitbart columnist Milo Yiannopoulos, Swift is apparently an icon of the "alt-right" -- an Internet subculture unsurprisingly dedicated to white supremacy -- who have been spreading the conspiracy theory that Swift is actually a Nazi deadset on beginning a race war once Donald Trump is elected. And, as Andre Anglin (the publisher of alt-right blog The Daily Stormer), puts it "makes it safe for her to come out and announce her Aryan agenda to the world."

"Firstly, Taylor Swift is a pure Aryan goddess, like something out of classical Greek poetry. Athena reborn. That's the most important thing," Anglin told Broadly. "It is also an established fact that Taylor Swift is secretly a Nazi...Probably, she will be betrothed to Trump's son, and they will be crowned American royalty."

"The entire alt-right patiently awaits the day when we can lay down our swords and kneel before her throne," he continued later, "as she commands us to go forth and slaughter the subhuman enemies of the Aryan race."


Frequently referred to as "our Taylor" by alt-right bloggers who praise her for her blonde/blue-eyed good looks, seeming deference to conservative values in a sea of provocative popstars, knack for upsetting racial obliviousness and her unknown political leanings, she's been cited as a vehicle for "red-pilling" a conservative, racist agenda to America via her songs.

And while it's still not for sure where this theory actually came from, there are, of course, a couple accompanying theories about where the alt-right's obsession with America's sweetheart came from.

For one, Yiannopoulos believes it stems from several Pinterest memes by a user named @poopcutie that falsely attribute Hitler quotes to Swift, whereas Broadly spoke to the anonymous manager of a (maybe troll?) Facebook group called Taylor Swift for Fascist Europe who said that it was her "Aryan spirit" that really set her apart.

If you're interested in my Hitler Quotes Attributed To Taylor Swift I have some more available in Bin Laden & Stalin pic.twitter.com/5s9pSIVIV7
— game show goddess (@poopcutie) August 30, 2013

"Take Kim Kardashian or Miley Cyrus as examples of this," he said. "Both began their lives with the same Nordic blood that Swift did, but what makes these two degenerates unfit for consideration as fascist icons? It is because, although Aryan in blood, the two are not Aryan in spirit. To be Aryan in spirit is what completes the fascist."

Hm. Yeah, I dunno either.