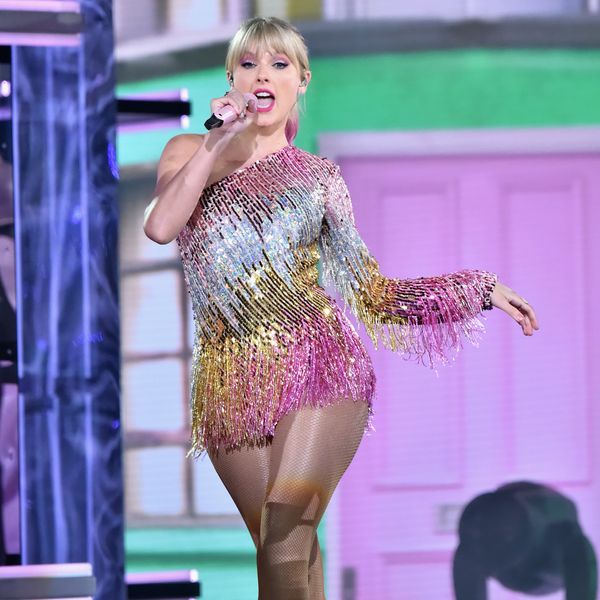 Taylor Swift Made More Money than Kylie Jenner This Year

Forbes has released their annual "celebrity edition" capitalism olympics today, revealing that, at least for now, bops and concerts can still make you more than lip-kits, at least in a year.

Taylor Swift was dubbed the the highest-paid famous (the list uses the terms celebrity and entertainer interchangeably) of the year. Over the past year, the 29-year-old made $185 million in pre-tax income in sales, streams, endorsement deals with Apple, AT&T and Diet Coke, her concert film, most importantly: the Reputation world tour, which was the highest-grossing history (since Billboard started tracking tour earnings in 1990) drawing $345 million internationally into Swift Enterprises.

With all that under her belt, her annual earnings were $15 million higher than Kylie Jenner who, despite being the richest Kardashian, only made number two, bringing in $170 million last year via Kylie Cosmetics.

The order is a little bit misleading. Is Taylor actually richer than Kylie? No. The 21-year-old, being the 100% shareholder of Kylie Cosmetics, a company worth 900 million dollars, has a net worth of $1 billion. Although Taylor had a bigger year, overall, she's basically a starving artist, worth a meager $360 million overall (Taylor might be institution, she's not literally a company). For context, Taylor received an 8 on Forbes self-made-o-meter, while Kylie scored a 7 (a small differential some people might take issue with about).

When it came to Taylor's industry competition, Kanye scored #3 right after Kylie, but that was mostly thanks to Yeezy, since Yahndi remains in the black-hole of Kanye's mind. So it was only Ed Sheeran, at #4, who could really touch Taylor when it came to actually hustling in the music biz, making $110 last year on The Divide Tour. Of course, musician's rankings are typically pretty arbitrarily determined by whose mega-tour fell squarely in the cut-off window, like Taylor Swift's did. Beyoncé, Taylor Swift and Katy Perry have traded spots as the highest paid woman in music for years depending on their tour and album cycles, with Katy taking the crown in 2018 with her Witness tour.

Related | The Kardashian-Jenners Ranked By Wealth

Don't worry though — everyone is very rich and only getting richer. Taylor Swift previously topped the same celebrity-earnings list in 2017 with only $170 million. Her brand new record deal with Republic Records, after her unhappy departure from lifelong label Big Machine (who she fought with along with mega-manager Scooter Braun over ownership of her catalogue) is reportedly worth $200 million, sho we're likely to see her back again at an even higher figure.