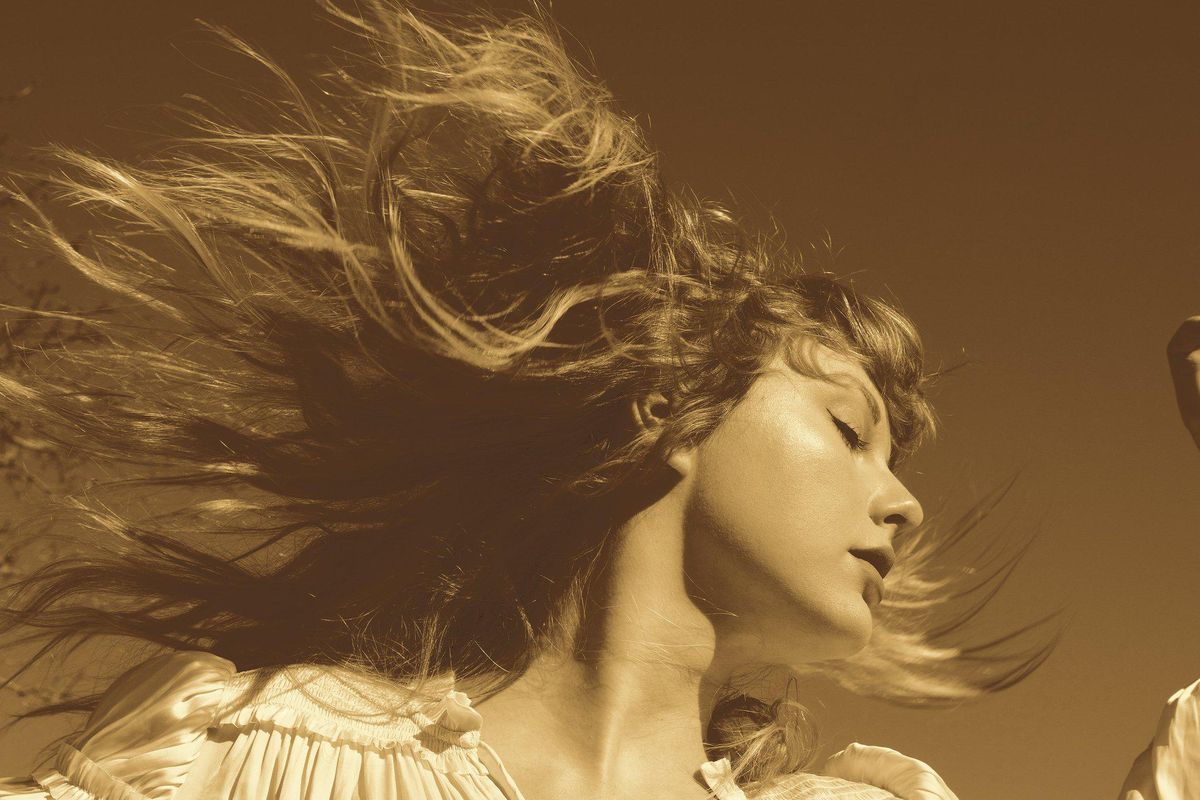 The feast of the Swifties continues!

After having dropped not one, but two surprise albums in 2020 with folklore and evermore, Taylor Swift is making good on her 2019 promise to re-record her earlier albums with the announcement of Fearless (Taylor's Version). The new version of Swift's debut album will feature six new tracks that the artist had written between the ages of 16 and 18 that were initially cut from the record. The first single off the upcoming album, "Love Story (Taylor's Version)," which we first heard late last year in a Ryan Reynolds-directed ad for Match.com, will hit streaming services at midnight tonight.

In a statement accompanying the announcement (which features an Easter egg using conspicuously cApItALiZeD letters confirming the album's April 9 release date), Swift writes, "when I think back on the Fearless album and all that you turned into, a completely involuntary smile creeps across my face. this was the musical era in which so many inside jokes were created between us, so many hugs exchanged and hands touched, so many unbreakable bonds formed."

Swift goes on to address her motivations for revisiting the 2008 album which were spurred by the sale of her back catalog to Scooter Braun from original label Big Machine. "Artists should own their own work for so many reasons," she says, "but the most screamingly obvious one is that the artist is the only one who really *knows* that body of work. for example, only i know which songs i wrote that almost made the Fearless album. songs i absolutely adored, but were held back for different reasons (don't want too many breakup songs, don't want too many down tempo songs, can't fit that many songs on a physical cd)."

Swift has previously spoken out against Braun's acquisition, saying that she was never offered the opportunity to purchase her own master recordings and that in addition to "incessant, manipulative bullying" from Braun she claims she was barred from performing her old work at the 2019 American Music Awards. After already having declared her intention to do so, last November Swift was legally allowed to start re-recording her first six albums and at around the same time, word came out that Braun had unloaded the back catalog to a private investment firm founded by Walt Disney's nephew Roy Disney. Swift was offered the opportunity to "partner" with the firm but declined because the arrangement would have meant that Braun would still profit from her old work.

Given the industrious pace Swift has been working at recently and the fact that after Fearless, she still has five other album re-records, it's safe to say that Swifities will continue to be well fed throughout 2021.