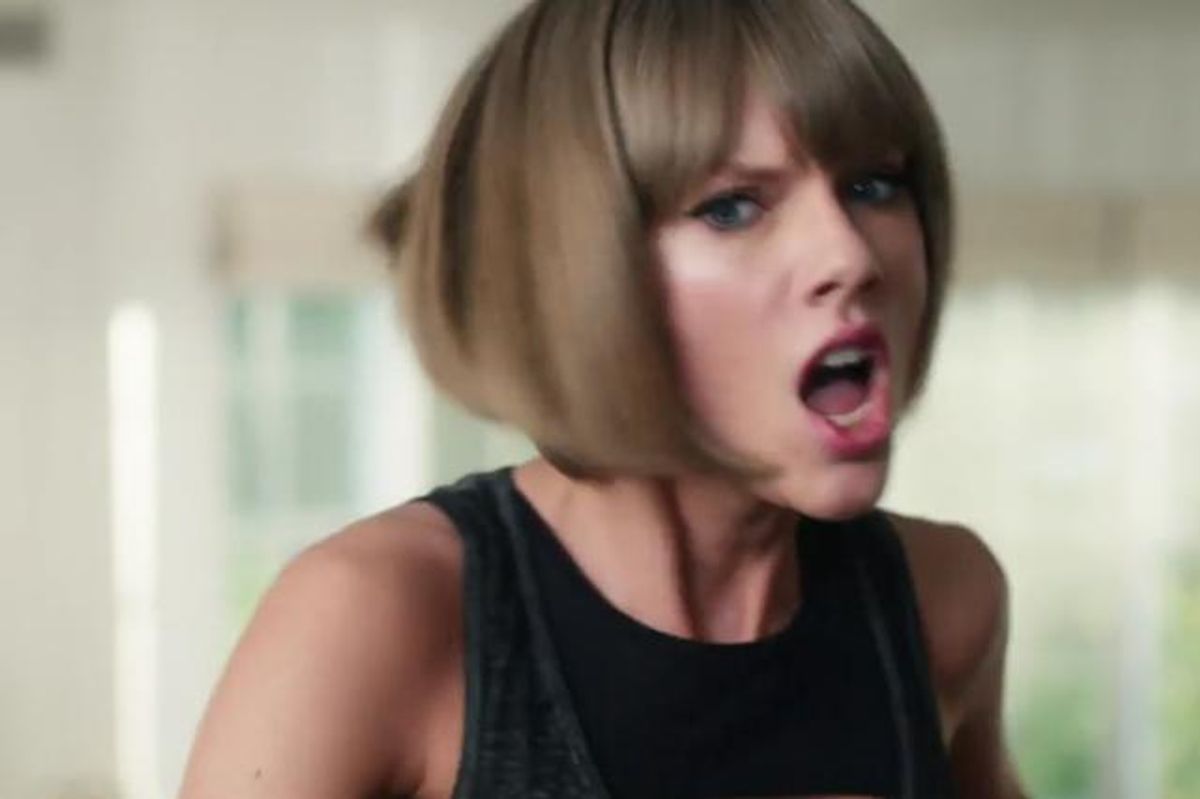 In a new video, Taylor Swift, the FDR of pop music, demonstrates the awesome power of Apple Music.

The vanilla powerhouse conducts an internal monologue with herself...stating "God, I hate cardio!"

She shuffles through Apple's 'activity playlist,' and hits up the 'Running' option.

She loves it more than you, and also you.

Taylor begins to rap, out loud, the lyrics to the song, in the most oppressively white way possible.

But dammit if it's not funny.

She gets so into the music, she forgets she's on a moving death machine, and suddenly loses balance.

But she keeps on rapping, cause Apple Music is that good.