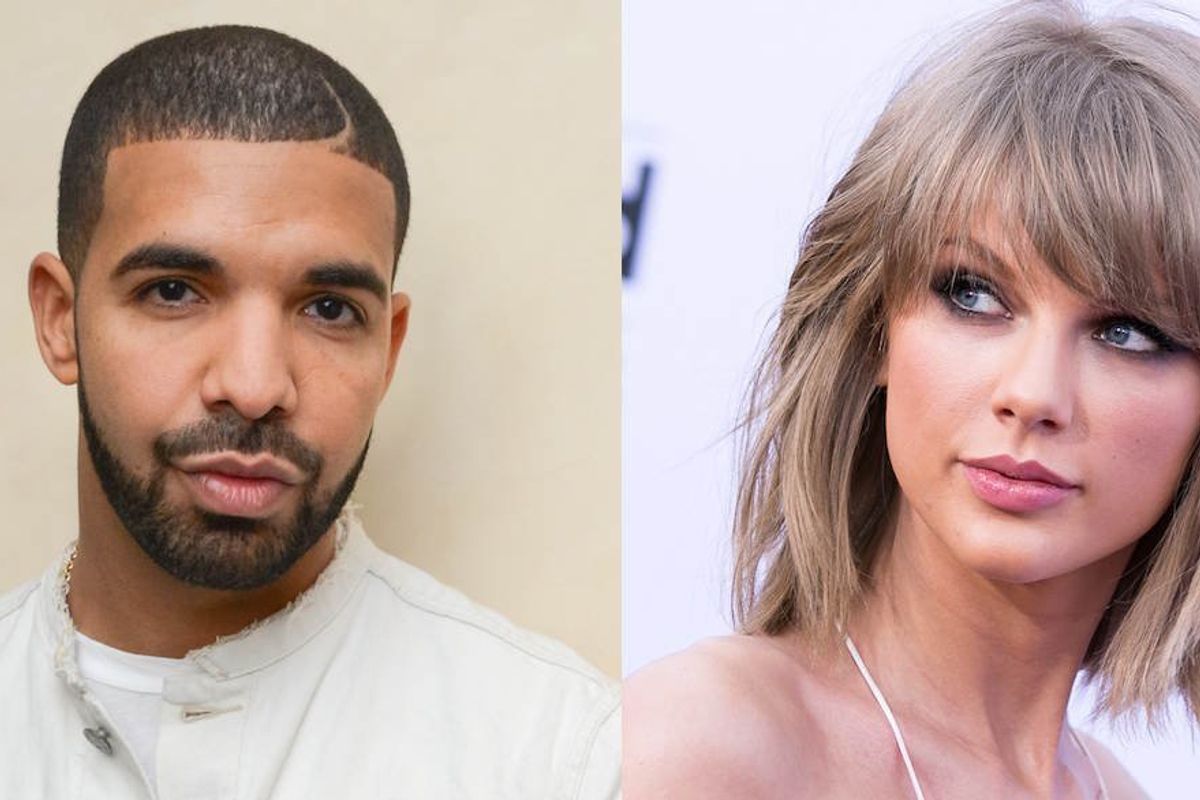 Last night, while the American Music Awards raged on, Drake and Taylor debuted their first official appearance as a not-couple: well, sort of.

Drake posted their joint Apple Music ad, starring him and his bench press.

In the cute and only mildly cringeworthy commercial, Drizz lifts to Taylor's sordid "Bad Blood," gifting us with his butt-popping dance moves, in full unabashed glory (as soon as his titan weight trainer has left the room).

Similarly to how Taylor's first Apple Music ad (called "Taylor vs. Treadmill"), where she listened to Drake and Future's "Jumpman" ends...

#SwiftGain, #Draylor, he teased with hashtags; Taylor posted her own send-up of the ad:

Over the past month, we've flung ourselves headfirst into the concept of a Taylor/Drake romantic venture, tugging our slack bodies to and fro, with rumors of cat presents, Hiddleswift reunions, matching velvet outfits, and Drake's mom.

Worst of all, Taylor's alleged request for Drake to help give her new album a more "urban sound."

But in the end, this was a story of love; a love as old as our fair Republic: Capitalism, the greatest American (and one Canadian) romance of all time.