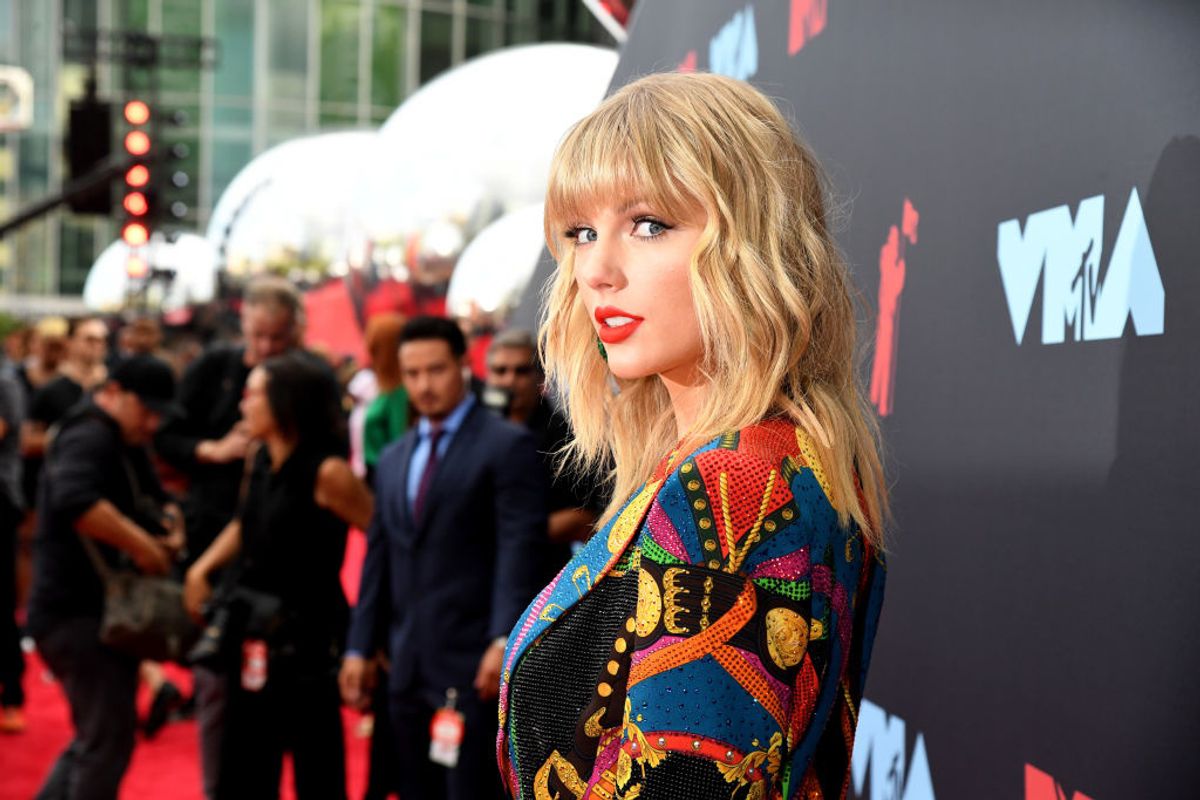 The Los Angeles Kings are blaming a large T-Swift banner in the Staples Center for their recent losing streak. The banner advertises the pop star's record number of sold-out performances in the venue (lots) — just salt in the wound after another loss for the hockey team.

So the LA Kings have taken swift action to regain the power they feel they've lost. The banner is now covered for all home games. Lo and behold, the new strategy actually seemed to work. After a win this weekend, the Kings' mascot tweeted, "We are undefeated when the Taylor Swift banner is covered up!" Perhaps this is all a ploy to ensure Kings games are full of fans present to cheer them on? No such thing as bad press, one supposes.

Related | Watch Taylor Swift Freak Out Over a Banana

Later that day, the Kings lost 5-2 to the Vegas Golden Knights. And the Knights took advantage of this opportunity to tweet out T-Swift references. They taunted the Kings by tweeting, "Darling we're a nightmare dressed like a daydream."

Let's be clear here — the question is not whether Taylor Swift is the architect of some sort of "curse." Perhaps it's worth considering which LA Kings player wronged her? Although, no shade, but does Swift know who they are? Truth be told, any number of things can be blamed for a sports team's losing streak, least of all a curse unleashed by one of the most powerful pop stars of the planet. Swift hasn't yet written a song about this, so TBD.

Some fans are attributing the whole situation to the Swift's power, which... not untrue.

But there is the possibility that the hockey team is losing for... other reasons.

@BaileyLAKings Imagine having a mentality where you blame your lose and poor gameplay on a banner depicting a woman's success.
— Vansh♀️ (@Vansh♀️)1571038753.0

And one Swiftie's succinct response really gets to the heart of the matter.