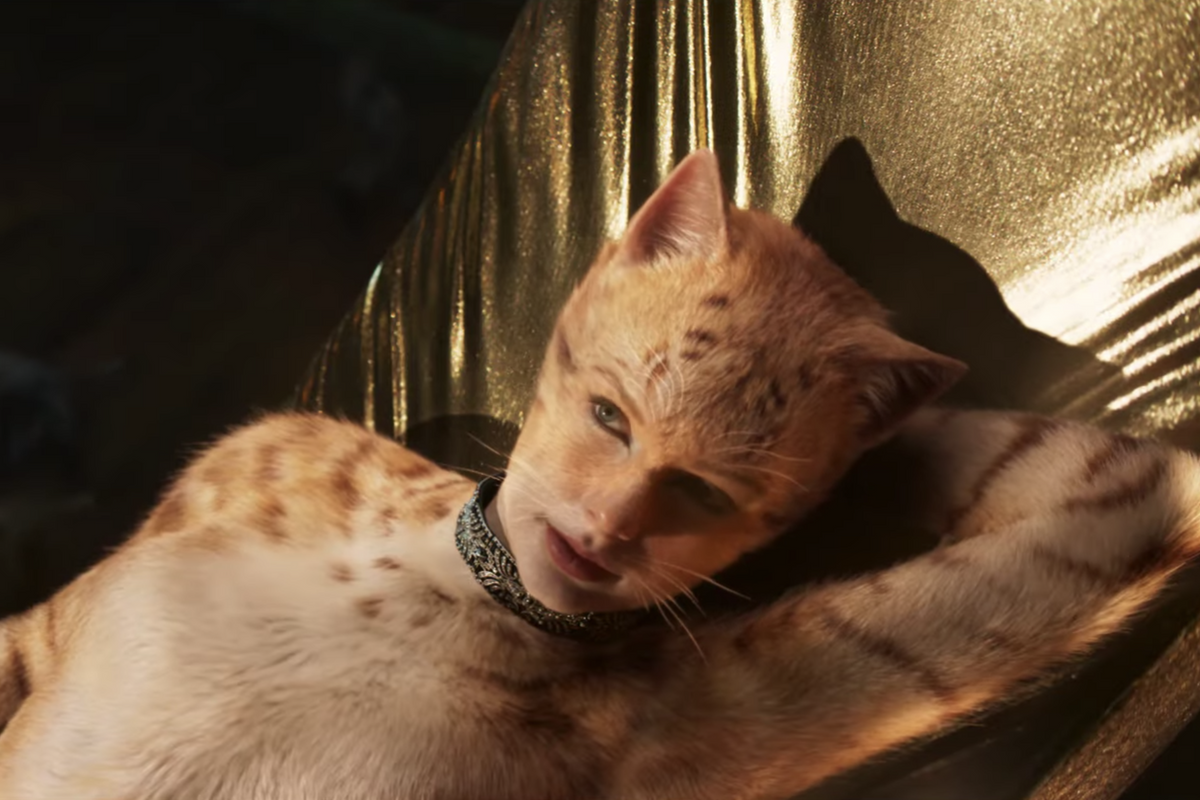 Taylor Swift Is a Cat, as Expected, in the 'CATS' First Look

Just watched the trailer for CATS and have lots of questions? Have no fear, you're not alone! Tom Hooper's reincarnation of the classic musical by Andrew Lloyd Webber is arriving this holiday season, and we finally have a first look at all the cat-scale action in the first trailer for the film. As promised from the behind-the-scenes first look, there is a lot of "digifur" technology, but there's also a lot of soul.

What was rumored to be a comical setup, with some of the biggest names in the world scaled down to kitten size for their roles, actually seems to be a rather fantastical one. While the CGI is very front-and-center, the clear fantasy of it all adds to the grandness of the story. The large personalities of Judi Dench, Ian McKellan, and James Corden are all amplified by the immense detail put into creating their digital selves.

Taylor Swift makes a brief appearance in the trailer — which Swifties have been awaiting the release of for months — as her cat self, Bombalurina. More is sure to come from the "You Need to Calm Down" singer, but for now, it's Jennifer Hudson who is taking center stage, belting the iconic song, "Memory" with a single tear dripping down her furry cheek.

Hudson is slated to play Grizabella the Glamour Cat in the film, a role that was originated by theatre legend Elaine Paige. She thus has the honor of singing the film's most famous song, and her rendition sounds just as booming and impressive as you'd imagine. At the apex of the trailer, after an onslaught of cat madness around a barren city, Hudson delivers a solemn line straight into the camera: "A new day has begun."

Those doubting the film's stylistic execution can have their fears put to rest, but we're still left with more questions than answers. When and how can we hear Taylor's songs in the film, and how will she perform in the dance-heavy role? Guess we'll have too wait and find out, but I'm sure she'll be purrrfect.