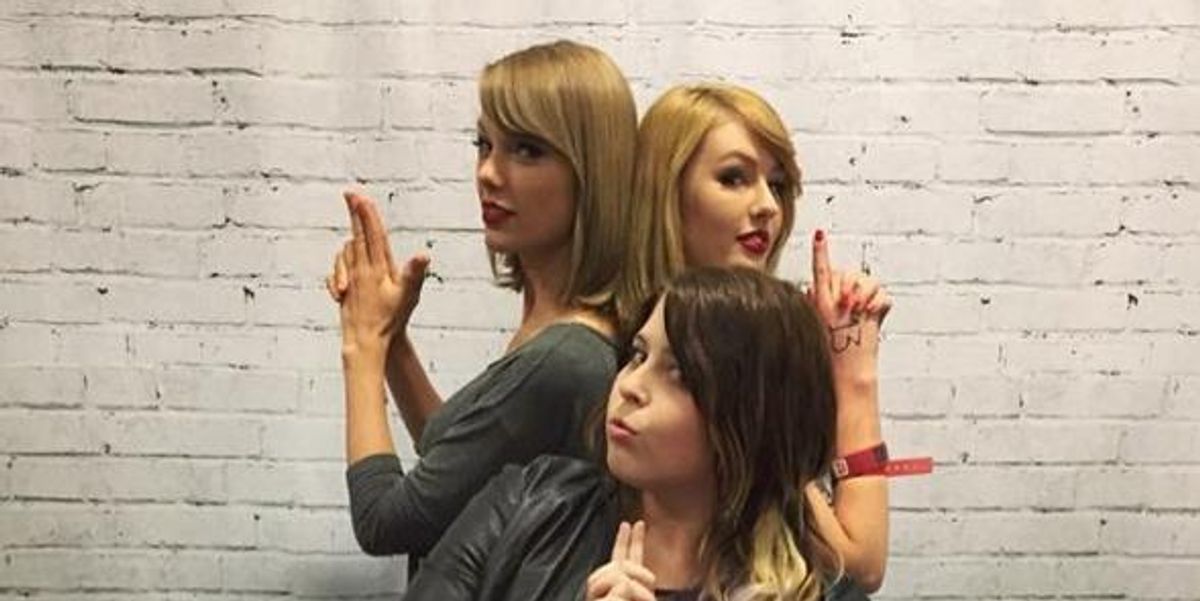 The Bizarre Meeting Of Taylor Swift and Her Australian Teen Lookalike

While performing the final Australian leg of her now complete 1989 tour, Taylor Swift got a chance to meet...herself.

Indeed, the similarities are bone-chillingly striking.

'Liv' is making something of a name for herself on the Internet and in her native New South Wales, with countless people stopping the 19-year-old every day to ask if she is, in fact, Tay; to dispel the "?????", she uses the hashtag "#noitsliv."


Liv got to meet at Taylor at one of her Melbourne concerts, along with her best friend/"PR" girl "Kristy."

From the looks of her Instagram, Kristy is pretty much pimping Liv out to get access to Taylor...

You know you've made it when you get "Follow please" comments.

...the besties went to her Sydney show two weeks ago dressed like this.

Apparently, the duo even shot a "Bad Blood" music video, as an homage to their idol.

I'm sure their parents were thrilled when that video bill came through.

I would love to be a fly on the wall the day Liv doesn't feel like dressing up as Taylor.


(in voice reminiscent to Ja'mie King) "If you're really my friend, you will WEAR THAT FUCKING crop-top!"

Liv is actually using her viral 15 minutes for some good, raising awareness for uterine cancer, which tragically claimed the life of her mother; other Internet teeners, take note.