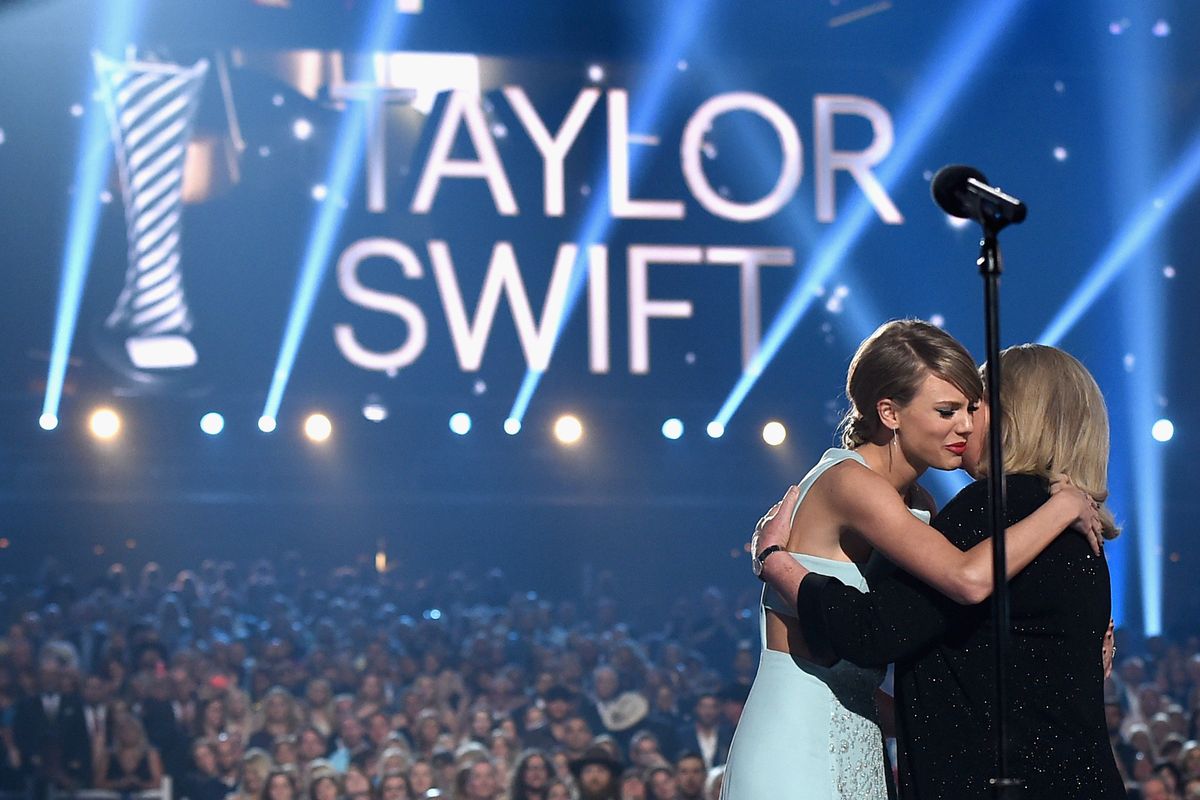 In her Variety cover story for her new Netflix documentary, Miss Americana, Taylor Swift revealed that her mother Andrea Swift's health has been in flux since her breast cancer returned — and that doctors also discovered a brain tumor.

Related | Taylor Swift Created Her Own Festival Season for 'Lover'

The documentary, which is set to premiere in the prime opening slot of Sundance on January 23, will cover a range of personal and career challenges that Swift encountered leading up to the release of her summer 2019 album, Lover. None are as nuanced or gut-wrenching, though, as the moments when Swift must face her mother's health complications during filming, in real-time. While "Soon You'll Get Better," one of the more vulnerable tracks off Lover, spoke directly to her mother's battle with cancer, Swift had not previously disclosed the brain tumor doctors had discovered during chemo treatment.

"While she was going through treatment, they found a brain tumor. And the symptoms of what a person goes through when they have a brain tumor is nothing like what we've ever been through with her cancer before. So it's just been a really hard time for us as a family," Swift told Chris Willman of Variety.

In the full interview, Swift ultimately reveals that the uncertainty around her mother's health led to the construction of the backbone of touring with Lover. Instead of the conventional multi-city, multi-nation traveling tour, Swift is instead doing several pop-up festivals and calling them LoverFests. Taking place throughout summer 2020, the fests are anticipated to have star-studded lineups. In addition to these fests, Swift is also doing a European festival circuit, including headlining Glastonbury.

As for her reasoning behind this decision to keep the tour tighter and less stratified, she concludes with a statement about her mother's health: "I mean, we don't know what is going to happen. We don't know what treatment we're going to choose. It just was the decision to make at the time, for right now, for what's going on."