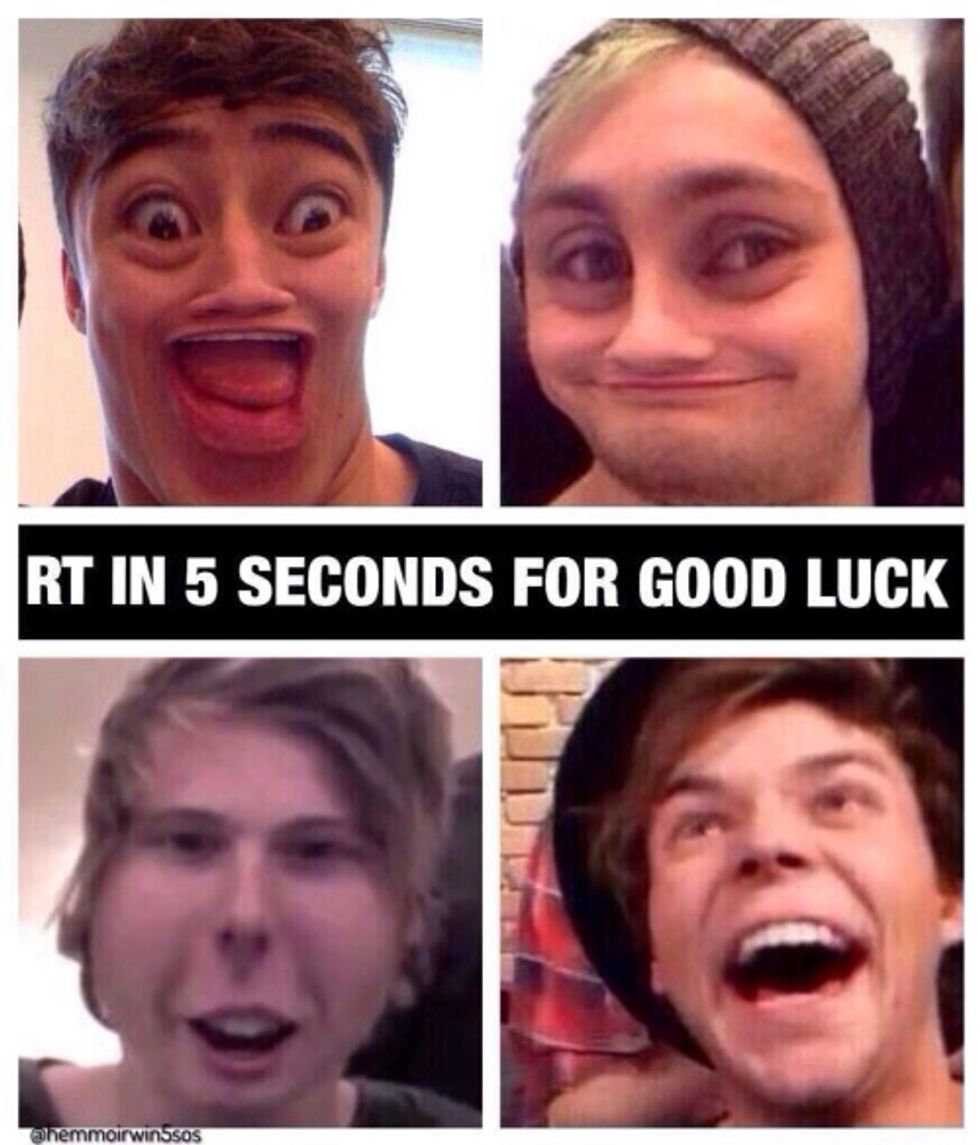 By Sandra Song
PAPERMAG
If you ever frequent the fringes of weird Tumblr/Twitter, you've probably encountered the super random "Repost X Celebrity For Good Fortune/Money" memes at some point -- some rarer than others, depending on what sorts of accounts you follow. And while the faces may range from 5 Seconds Of Summer to Taylor Swift's head on a fish, the thing that stays consistent are their promises of good fortune, wealth or all of the above. Because the Internet is full of superstitious goobers, I guess.
Taylor Fish
More like 5 Seconds For Good Luck, amirite
But when, exactly, did famous faces get involved? After all, nonsensical urban myth reposts have always existed in some form or another, whether we're talking early email-era chain letters or things like the more recent "magic bagel," but the inclusion of a celebrity-themed category is a much newer, somewhat tangential development.
Magic Bagel
One of the most popular and prominent ones is dailyjackiechan's "Chan of Wealth" meme, which was born at the end of this past January and has since garnered over 600K reblogs. I mean, it makes sense, since Chan's WTF face has already become a reaction meme staple -- not to mention the fact that he's also (surprisingly enough) the second highest paid actor in the world. Guess I would take a lotta cash selfies too if I had all that yuan, man.
The Chan of Fortune
And since the original proved so popular, another similar reblog meme was appropriately born on Jackie Chan's 61st birthday this past April. Weirdly enough, it's still being reblogged 4 months later.
Chan Birthday Fortune
Lately though, it looks as if The Chan of Fortune may be losing steam, as newer memes that crossover these celebrity reblogs with the classic sad frog reaction meme known as Pepe (who is also sometimes used as his very own fortune meme) have begun appearing everywhere in the past few months.

This is a BeyoncÃ© pepe. it only appears once in 44,444 memes. this a very rare pepe. RT in 44 secs or bad luck. pic.twitter.com/SouHaw5nag