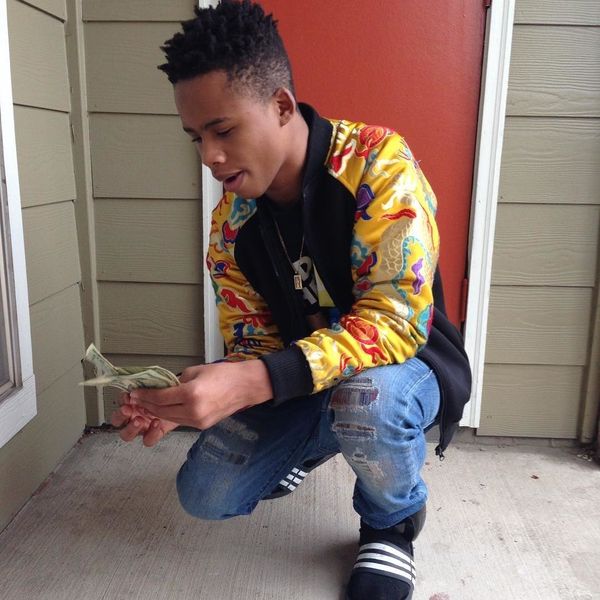 SoundCloud rapper Tay-K, whose real name is Taymor McIntyre, has been sentenced to 55 years in prison by a jury in Tarrant County, Texas. The sentence is related to a fatal armed robbery from 2016, that left a 21-year-old man dead. The 19-year-old artist was found guilty, along with six others, of reportedly attempting to steal drugs and money from Ethan Walker in Mansfield, a city near Dallas-Fort Worth, when he was fatally shot.

Tay-K was only convicted as an accessory to murder. His lawyers argue that the musician didn't fire the lethal shot, and "only participated in the robbery, was not armed, and had no idea that people would be shot," via Vulture. His sentence doesn't come from the murder charge, but rather three robbery charges. He received 30 years for one, and 13 for each of the other two, adding up to 55 consecutive years.

There are a couple strange aspects to Tay-K's case: the rapper's biggest hit to date is being included in the prosecution's evidence — and the murder case is part of what made him famous. While Tay-K was on house arrest, awaiting his trial, he cut off his ankle bracelet and fled to New Jersey, where he recorded "The Race." The song addressed the murder and robbery, named his friends who were there, and boasted about his fugitive status with lines like "Fuck a beat, I was tryna beat a case/ But I ain't beat that case, bitch, I did the race."

After his escape from house arrest, Tay-K was eventually arrested and returned to Texas by US Marshals. But "The Race" went on to be a huge hit, reaching No. 44 on the Billboard Hot 100 and getting remixes from Lil Yachty, Tyga and 21 Savage. It went platinum last year and the video currently has over 174 million views on YouTube.

Tay-K protested when "The Race" was taken off Spotify, along with music by XXXTentacion under the platform's new anti-hate policy, saying, "I don't make hate music I rap about what goes on in every hood in America."

TAY-K on Instagram: “My songs have been removed from playlists on spotify because I’m being accused of something that I have not been convicted of. I don’t make…”

The track ultimately didn't help his case: prosecutors played the music video (which shows Tay-K standing in front of his own "Wanted" poster) and printed out the lyrics, Tay-K's album covers and photos from his Instagram showing him with guns.

The case is raising questions over whether using an artist's lyrics against them in court violates citizen's right against forms of self-incrimination, such as wire-tapping. According to Vulture, the same debate has surfaced in the murder case against rapper Drakeo the Ruler, in which lyrics and music videos are being used as evidence.

Aside from his sentence for the Mansfield murder, Tay-K has on-going cases against him for the killing of a 23-year-old man in San Antonio, and an unrelated robbery in Arlington.

After Tay-K was found guilty, according to Vulture, the father of the Mansfield murder victim said of the three young men involved in the killing, "One is the planner, one is the person who pulled the trigger, and one is the person who profited off of this and saw this as a career move." Later, he specifically criticized Tay-K, saying: "Every lyric to 'The Race' is stained with my son's blood. Every 'Free Tay-K' T-shirt that was ever sold has my son's blood on it."