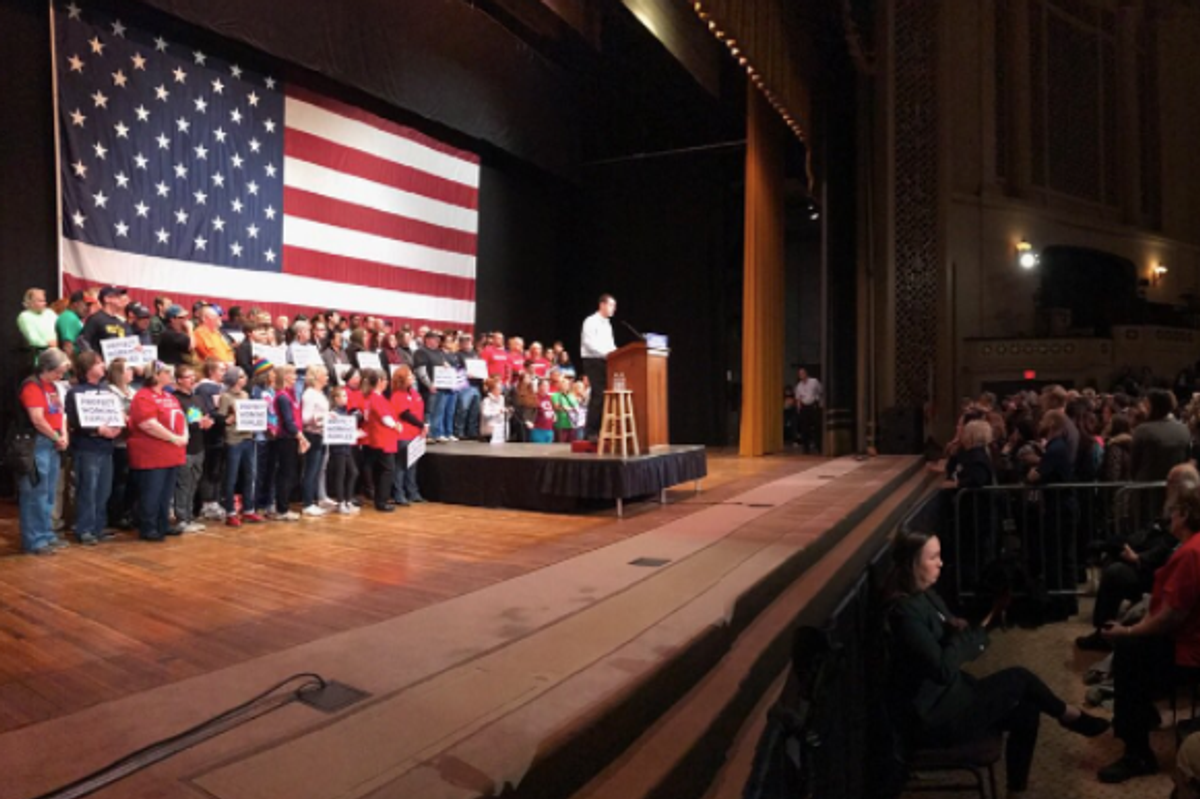 In the early hours of the morning Saturday, the Senate voted 51-49 to pass the Republican-pushed tax reform package, which looks like another piece of legislation under Trump that will harm marginalized groups, the middle class, and women.

The bill itself was shown in a video that Montana Democratic Senator Jon Tester tweeted to have handwritten modifications in the margins, and multiple senators reported receiving the bill - which was reportedly 479 pages long - less than an hour before the scheduled vote with no time to read through it, let alone study it thoroughly.

I was just handed a 479-page tax bill a few hours before the vote. One page literally has hand scribbled policy changes on it that can't be read. This is Washington, D.C. at its worst. Montanans deserve so much better. pic.twitter.com/q6lTpXoXS0
— Senator Jon Tester (@SenatorTester) December 2, 2017

UPDATE: Republicans rejected our motion to adjourn until Monday so senators could read the bill they just introduced.

RT If you think senators should have time to read a bill that affects every single American.
— Sen Dianne Feinstein (@SenFeinstein) December 2, 2017

The specifics of the bill don't look much better than the manner in which it was crafted and voted on. Corporation owners and corporate tax payers will see their tax rate reduced substantially - from 35% to 20%. However, a report by the Joint Committee on Taxation finds that taxes will be slightly raised for most individuals. And though the Committee predicts that this will be slightly offset by broad cuts at all individual taxpayer levels, those cuts will expire in 2025.

Tax bracket thresholds have been modified - with a single person earning less than $38,700 paying a rate of 12% instead of the current 15%, and those making $500,000 and above seeing a tax rate decrease of 4.6%. The bill however also removes some of the tax exemptions that people rely on - like itemized deductions for the self-employed. It also includes a repeal of the Obamacare individual mandate.

Under the cover of darkness, Republicans passed their tax plan. But this fight isn't over yet, as the Senate and the House tax bills will be reconciled in conference. Keep up the calls and tell Republicans you don't want this #TaxScamBill: (202) 224-3121.
— Kamala Harris (@KamalaHarris) December 2, 2017

The bill, which sparked the #TaxScamBill to start trending on Twitter on Saturday morning, still has to be passed in the House. The version going to the House is also slightly different from the Senate's, and includes an irrelevant anti-abortion provision that would sneakily define unborn fetuses as people. The bill also authorizes drilling in Alaska's Arctic National Wildlife Refuge.

Several celebrities have spoken out against the bill:

We can do this, everyone. We can defeat it in the House. We can stop the #TaxScamBill. This one's gonna be hard but it'll freak out the GOP when we pull it off. You in? https://t.co/4VQ6iXhkah
— Patton Oswalt (@pattonoswalt) December 2, 2017

You think this #TaxScamBill is bad? Wait until they take the internet from you and give it to big corporations. Notice the trend here? #SaveNetNeutrality
— Alyssa Milano (@Alyssa_Milano) December 2, 2017

If you just got screwed by the GOP #TaxScamBill remember that karmic reckoning is less than a year away. They say revenge is a dish best served cold, and in this case, you can dish it out right at the ballot box. Register and Vote in 2018. https://t.co/eheXZkVmAb
— George Takei (@GeorgeTakei) December 2, 2017

This is how they pushed the bill through: this video is from just hours before the vote. https://t.co/yr6pSZnKhR
— Sarah Silverman (@SarahKSilverman) December 2, 2017

Citizens have also been protesting the bill as well:

Protesters march through New York City with chants of "Lock them up" in opposition of the Senate #TaxScamBill and Pres. Donald Trump as he attends a fund-raiser. pic.twitter.com/UPfZX8b2p8
— TheResistance Report (@AntiTrumpReport) December 2, 2017

This is a major #TaxScamBill is a robbery! Join us to demand better for every day Americans. We're in Foley sq. pic.twitter.com/cnpvlY4nJr
— KatBrezler (@KatBrezler) December 2, 2017

Hey GOP: This is what 1300 people at a protest against your #TaxScamBill on a Saturday morning in Dayton, Ohio looks like. pic.twitter.com/Dg7BijewkE
— Ben Wikler (@benwikler) December 2, 2017

There's still time to call your reps before the bill goes to the House, and if you don't like what you're seeing from the government, be sure to register to vote before the 2018 election season.