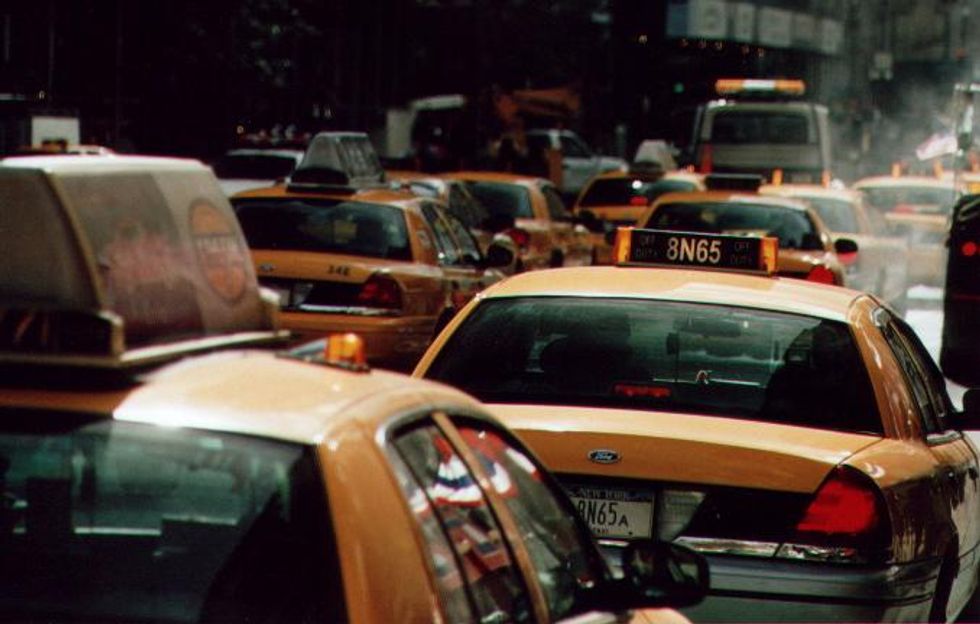 I feel a rant coming on! Once in a while I take a cab to work. If I'm late or it's raining or if I'm feeling lay-z. Today I was late so I hailed a cab on Avenue A and 9th Street on my way to 32nd and Park. From there it's usually a lark up First Avenue then west on 29th and I'm there. Settling in with my New York Times, I look up now and then and see him head west on 14th Street. OK, usually the cabs avoid 14th but WTF, no big deal. I go back to my reading and glance up again to see him continuing west into the traffic that is Manhattan. I ask and he answers that he plans to turn uptown on Fifth Avenue, which tells me something right away. He doesn't know what he's doing. Fifth Avenue doesn't go uptown.

We eventually make it, but I'm fuming. This has been happening fairly regularly. I have a friend who goes ballistic on cabbies when they head in the direction any New Yorker would know to avoid. But these aren't New Yorkers. They know Queens and Brooklyn better than they know Manhattan. The moral of the story is take responsibility. Direct the driver. Tell them how to go. And don't take your eyes off the road.