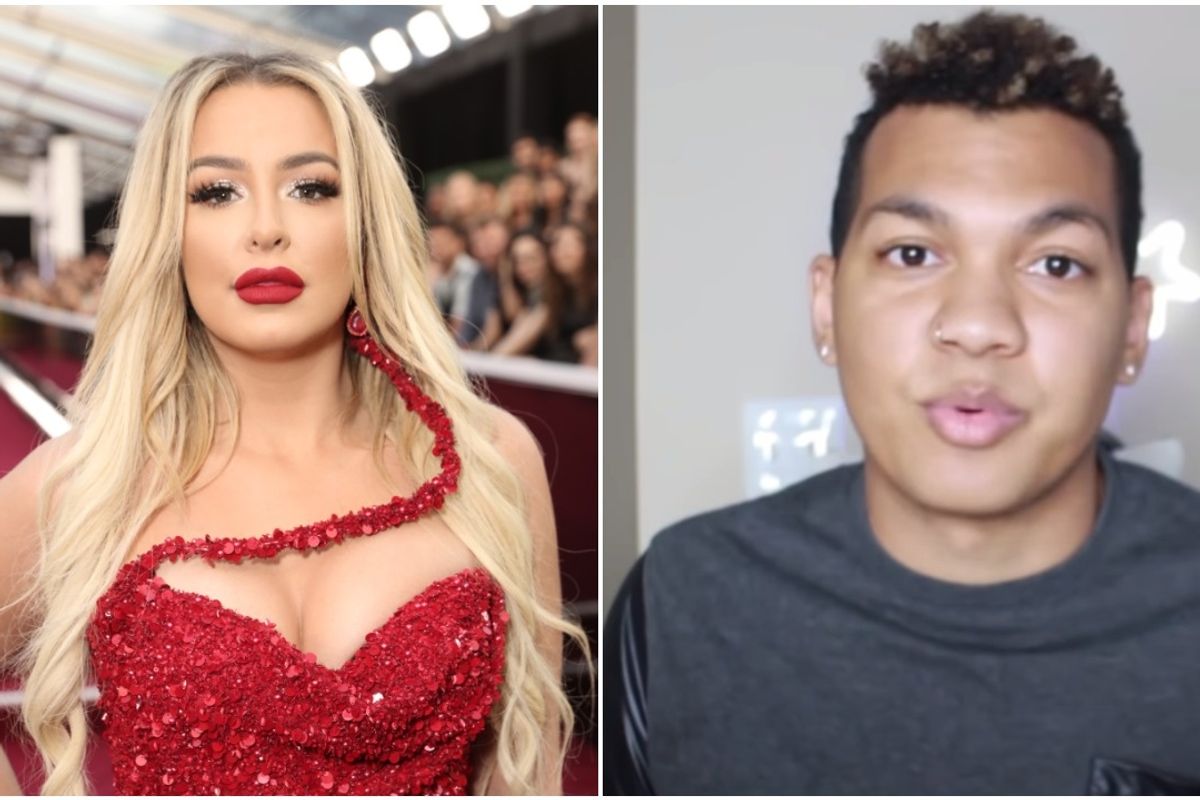 Tana Mongeau has responded to musician and fellow YouTuber Kahlen Barry about racist comments she'd made in the past.

Earlier this month, Barry — who used to run a channel with Mongeau several years ago — took to his Twitter to post a note in which he said that she "invalidated" his feeling regarding her past use of the N-word, before asking her to use her platform to "make a sincere contribution to the Black Lives Matter movement." On June 15, Barry also shared a video called "finally revealing the truth about Tana Mongeau" and said both she and her manager routinely gaslit and subjected him to a slew of microaggressions.

Not only that but following Barry's upload, fans dug up several old tweets from Mongeau where she directed slurs and racist insults toward her friend Imari Stuart, as well as videos of her using the N-word — something she apologized for in the past by claiming she thought the it meant "friend" or "homie." And though Barry said he publicly stood by her, he went on to say that Mongeau dismissed him as an "angry Black person" when he tried to talk to her in private.

"I don't want to live in a world where anyone has to feel as scared as I did for so many years," he told Centennial Beauty, adding that it "hurt" to see her promote her OnlyFans while "being a performative activist by not addressing the video I made."

"It's not even just about me," Barry continued. "As much as an apology would be nice, so many Black people watch her channel and she owes them at least to grow and do better."

.@tanamongeau u wanna genuinely learn and grow? this ur chance to listen. a chance to really hear what i'm hurt by. to address your micro-aggressions and educate people in the process.

Now, Mongeau has finally responded to Barry's video and post with a Twitter thread in which she apologized to him for "anything I ever did to make him feel that I was being micro-aggressive or racist."

"I refuse to be as ignorant as I've been in the past for life," she also wrote, later adding that she "will take that & make it all the more reason to fight to educate others now."

Mongeau also apologized for taking a while to respond before saying that, "I know who I am inside & I know where my morals lie. I am forever sorry for things I've said in the past — but know I am not that person now. I will do everything in my power to show you that."

Additionally, she went on to thank her fans for holding her accountable, writing that "to think I've ever had a sense of humor that relied on shock value like that fucking disgusts me."

"Anything i can do to be better, grow, and be a help to society with my platform and nothing but that — please let me know," Mongeau concluded. "I am not that Tana — and I refuse to do anything but evolve and educate myself. I am so sorry it took me this long to even say this."

See her entire apology, below.

handle this properly. i am so sorry that came with any silence.

but i am taking responsibility for all of my actions in the past, i know i am an adult. there are no excuses for my behavior, and i know that. i have done my BEST to educate myself, and grow as a person from who i

, i will continue to be addressing and apologizing for everything with full transparency. i want to apologize directly to @KahlenBarry for anything i ever did to make him feel that i was being micro-aggressive or racist. that is so far from who i am and will spend a lifetime

i am so sorry to anyone who was angered by my silence- i should’ve instantly said this. it breaks my heart to see people say i’m only being a performative activist- i truly stand by my morals now and will continue using my platform and doing everything i can to fight for what is

anything i can do to be better, grow, and be a help to society with my platform and nothing but that- please let me know. i am not that Tana- and i refuse to do anything but evolve and educate myself. i am so sorry it took me this long to even say this.