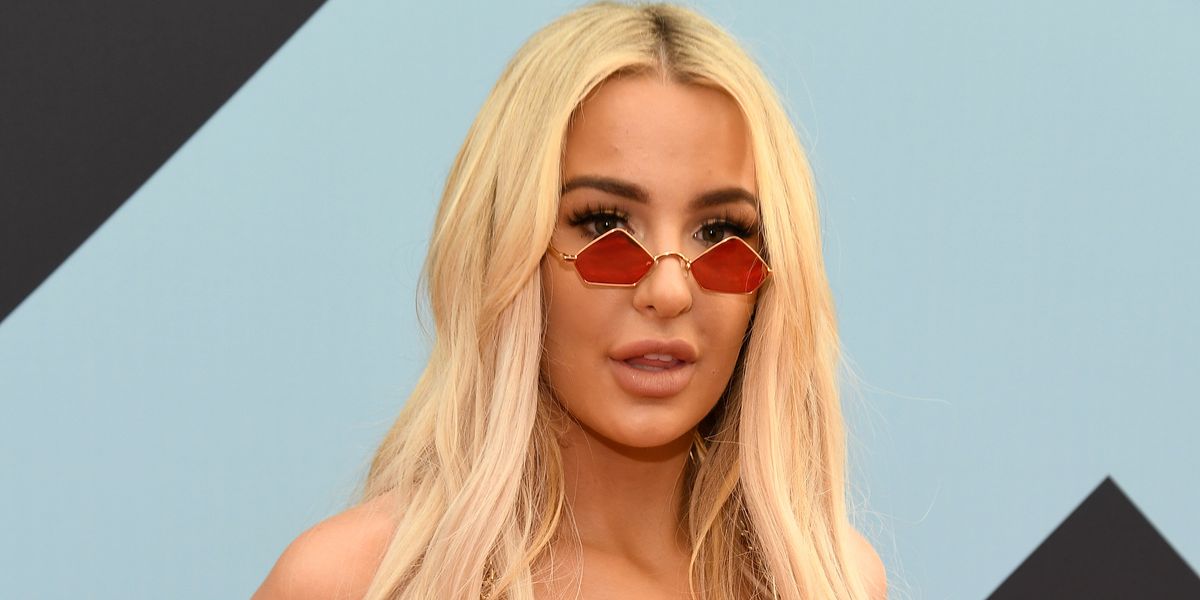 Tana Mongeau says she's doing pretty well following the announcement that she and her husband, fellow YouTuber Jake Paul, would be taking a "break" after five months of marriage.

While speaking to Page Six, Mongeau said that she's taking some time for herself, which means recusing herself from the L.A. dating pool so that she can focus on her wellbeing.

"I'm just really focusing on loving myself, doing good things for myself," Mongeau said, before explaining that she doesn't really want to "force" or "rush" anything at the moment. "[I'm] trying to really focus on my mental health and physical health and help my followers do the same and see where life takes me."

And while it's unclear how permanent this "break" is, Mongeau's comments were made during a press conference she was hosting for Paul's boxing match with British YouTuber, Gib — so it's obvious the two are still on good terms.

Not only that, but she once again reiterated that she has nothing but love for Paul, telling the publication that, "if you love someone so much sometimes you have to let them go."

ok i don’t rly know how to do a “we’re taking a break” post & this is weird as fuck... i’m happy to still be able to sit with Jake and laugh as we do this- but for right now we both are taking a break to focus on our own very crazy lives... i’ll never know what the future holds and i will always love Jake and everything we did. i’m grateful to know throughout this i’ve made a best friend for life & found someone to do life with when no one understood me. here’s to 2020, working on us, and my new Lamborghini since i get half of everything! no need for crazy speculations- this is coming from a place of nothing but love. i love u Jakey. thank u for this past year. ❤️

"I feel like if we're both meant to be, we'll come back together," Mongeau said. "And if not, I'll always have a love for him and an experience shared with him that I have for no one else and I will be a supportive friend."

That said, on a separate phone call with Page Six, Paul seemed to be a little more focused on his upcoming match — and his newfound love of boxing.

"Tana's been super supportive. We ended things on great terms, we're friends," Paul said. "I guess I fell in love with the sport of boxing and fell out of love with Tana."