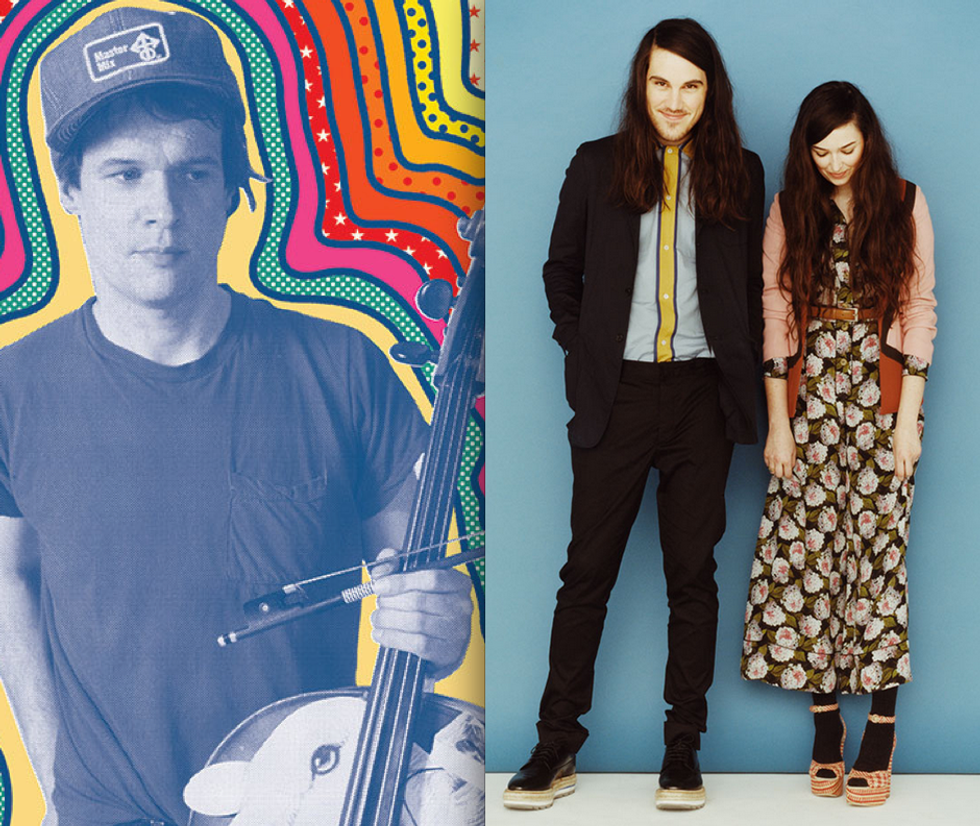 by Maud Deitch
PAPERMAG
It's hard to believe, but there are still people who have never heard of Arthur Russell. He was a musical renaissance man, both in skill and output -- Russell was a composer, cellist, singer, and songwriter whose work spanned disco, folk, rock, experimental, and classical genres. Although he was known mostly among avant-garde circles at the time of his death from AIDS in 1992, Russell's influence has been widely felt among the avant-pop, disco, and experimental artists who have come after him. That influence will be live on stage tonight and tomorrow, when Red Bull Music Academy presents Master Mix: Red Hot and Arthur Russell, a tribute to the musician with a bill that reads like a who's-who of modern pop.

With contributions from musicians ranging from Dev Hynes, to Cults, to Sam Amidon (and many more) the two-part series will showcase some of Russell's best known songs, while also giving fans a chance to hear some deeper cuts, and new interpretations of songs they may only be somewhat familiar with. I spoke with Brian Oblivion of Cults over email, who said that trying to pinpoint Russell's influence is difficult, "because he was so brilliant!" He went on to say that the band's choice of "Being It," the song they contributed to the tribute album that shares a name with the show, was almost an accident. "We spent weeks listening to pretty much nothing but Arthur songs trying to find one that was the perfect fit. At first we settled on a song called 'I Like You' and spent a couple days in the studio trying to make it into a super dance song. Something wasn't clicking on it though, and while our engineer was working I snuck off into the other room." After going off on his own, Oblivion just started playing "Being It" on his guitar, plugged into a laptop. Before long his bandmate Madeline Follin came in and started singing along, creating the recording that you can hear on the album. "It felt closer to the spirit of our favorite Arthur songs," Oblivion says, "to be a little rough around the edges and spontaneous."

Similarly, Sam Amidon, who chose the experimental, free-wheeling track "Lucky Cloud" for his contribution to the album, did so because of the spontaneity of it. "It wasn't too defined as a song in his version, so it left room for us to do something with it when we recorded it," he says, adding that the recording session was more like a jam. Freedom is essential in understanding Russell's style, which Amidon describes as "a way of singing like he's just singing in his head, in his mind -- as if he is just imagining singing but not actually doing it. But a beautiful sound emerges and we are able to hear a little bit of it." Fortunately tonight and tomorrow at BAM, a few more people will get to hear that little bit, coming from a chorus of some of modern pop's most notable voices.