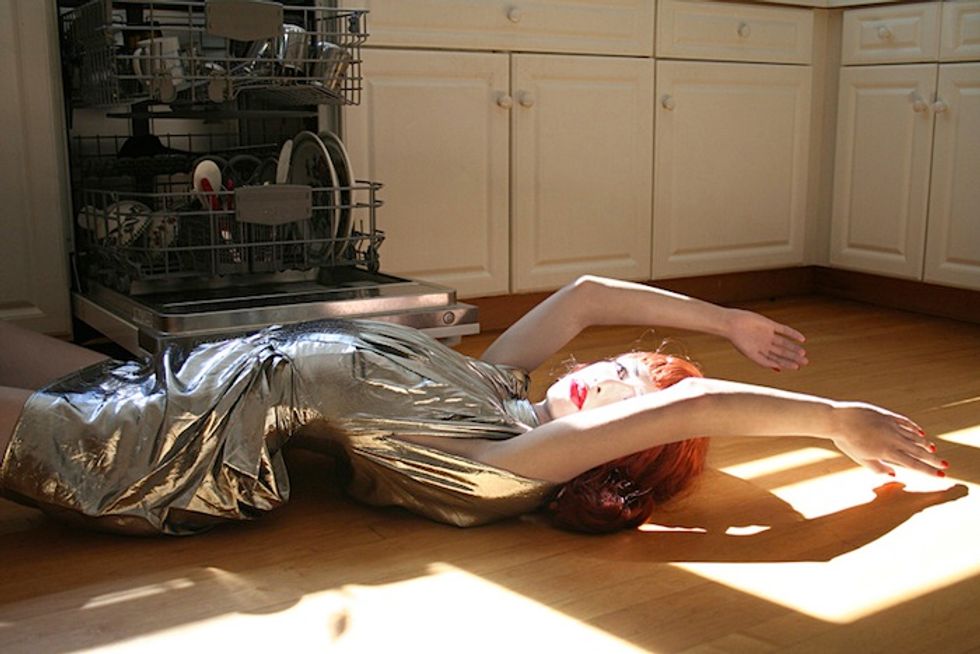 Real Dolls, those life-size (and creepily life-like) sex dolls found in adult stores, the Internet and Lars and the Real Girl, are the focus of a new photographic series by artist MartÃ­n Gutierrez. The series, which is a part of Gutierrez's first career solo show, Martin(e), at Ryan Lee Gallery, explores aspects of transformation, performance and gender and features the artist assuming the role of four Real Doll characters in a variety of scenes. MartÃ­n, a Vermont native and graduate of the Rhode Island School of Design, works alone, styling the scene, doing his own hair and makeup, and shooting the images with a remote control on a timer. We caught up with Gutierrez to talk to him about his show, why he decided to explore the world of sex dolls, and his thoughts on people who fall in love with inanimate objects.

What was the inspiration for you to explore the world and roles of Real Dolls?

'Real Dolls' or 'Love Dolls' are a growing market of life size fetish sex dolls that can be customized and ordered online. My first introduction to the Real Doll phenomenon was a documentary I found to be both disturbing and thought provoking called Guys and Dolls. As someone who grew up playing with dolls, dressing them, and creating elaborate worlds for them, Real Dolls seemed a way to continue that play and infuse 'grown up' issues.

In your photographs for the series, you compose the scenes to reflect the desires of their owners. Can you tell us about these owners?

The men who I imagine personalize, dress, and care for each doll are just as important to me as the dolls themselves. Each doll (Mimi, Luxx, Ebony and Raquel) is a reflection of her owner's needs or fantasies. It is important for viewers to interpret the story their own way, to create their own narrative.

Do you see these characters ever extending into your video or performance work in the future?

It is too soon to tell. I like to move forward and into new projects, but I have a feeling my love of dolls will not be waning any time soon.

Yes, I'm not about to dress up like a lamp but I have thought about it. In working on the Real Doll photographs, I did quite a bit of research into Fetishism and Objectophilia and came to a new understanding about the people faced with it. Some people just love their laptops more than others.

More photos from the show: 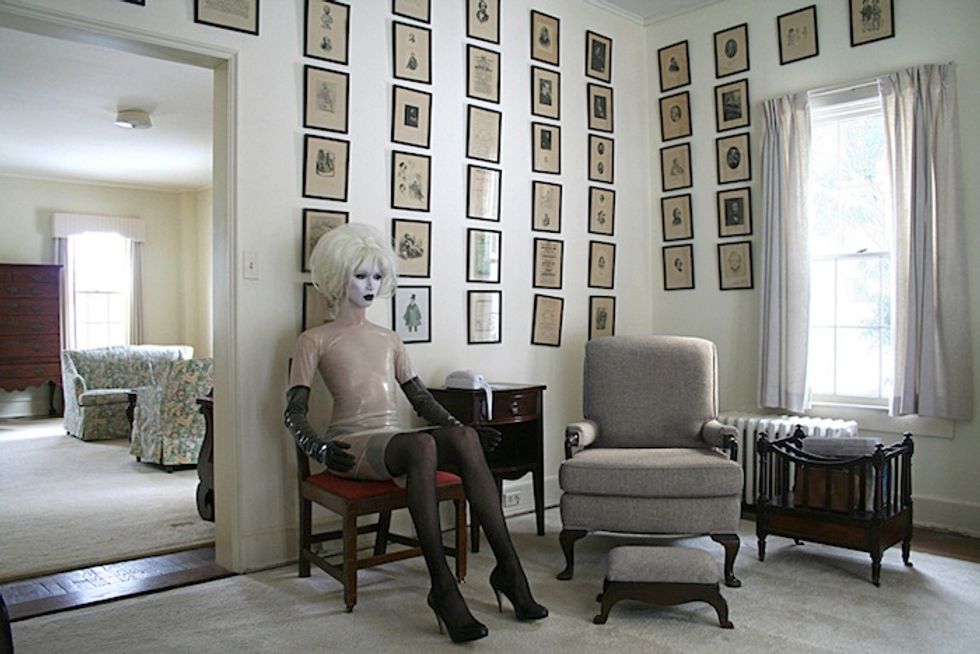 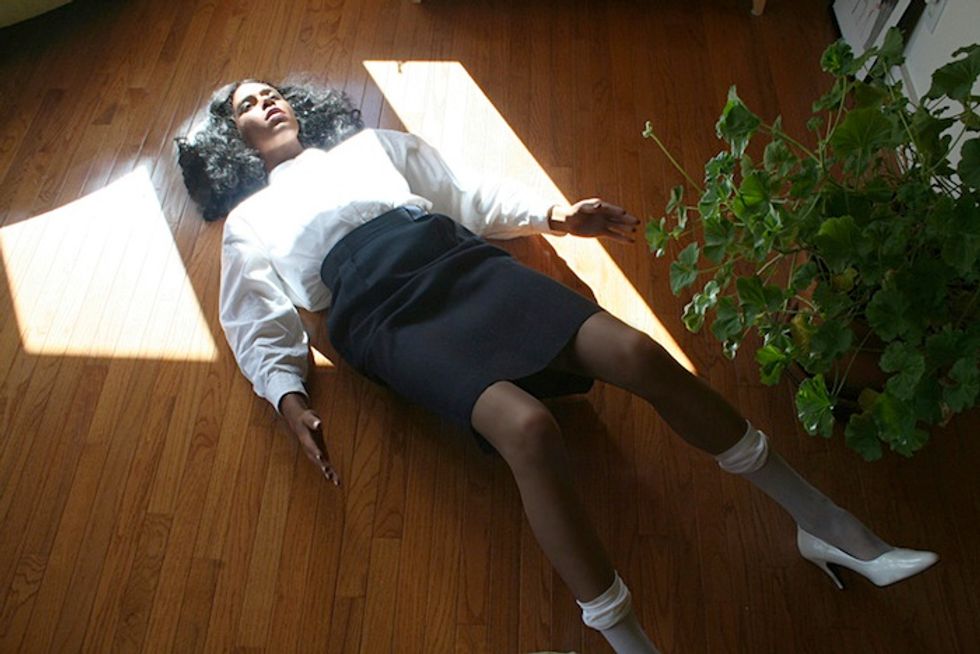 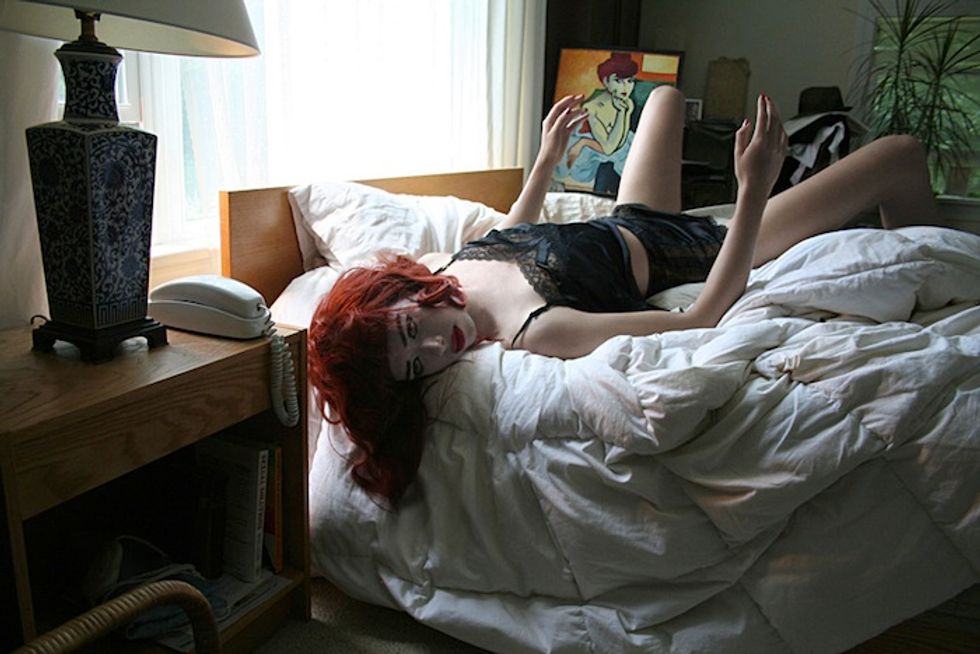 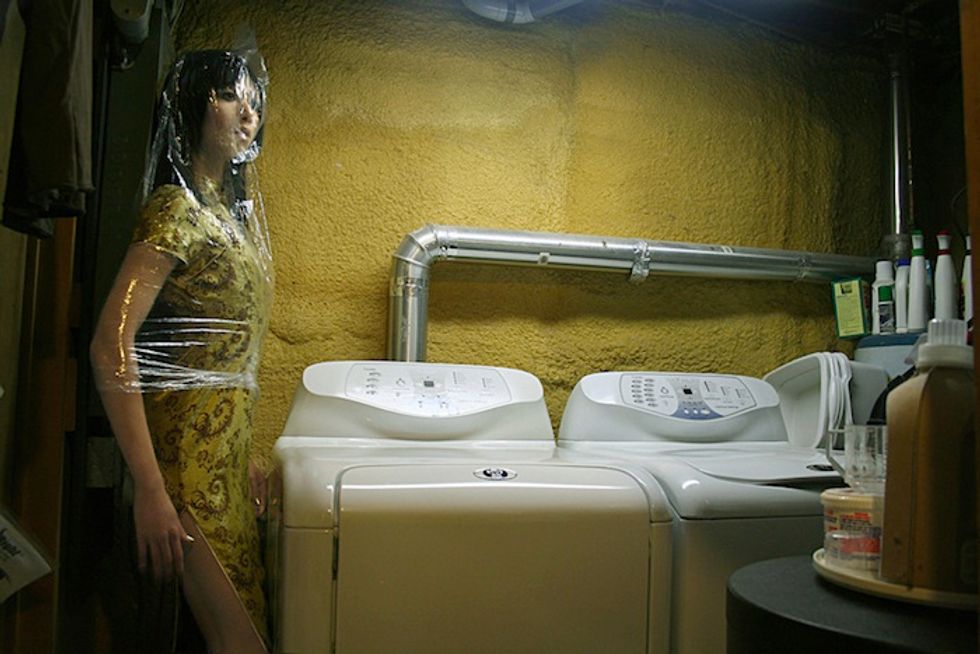