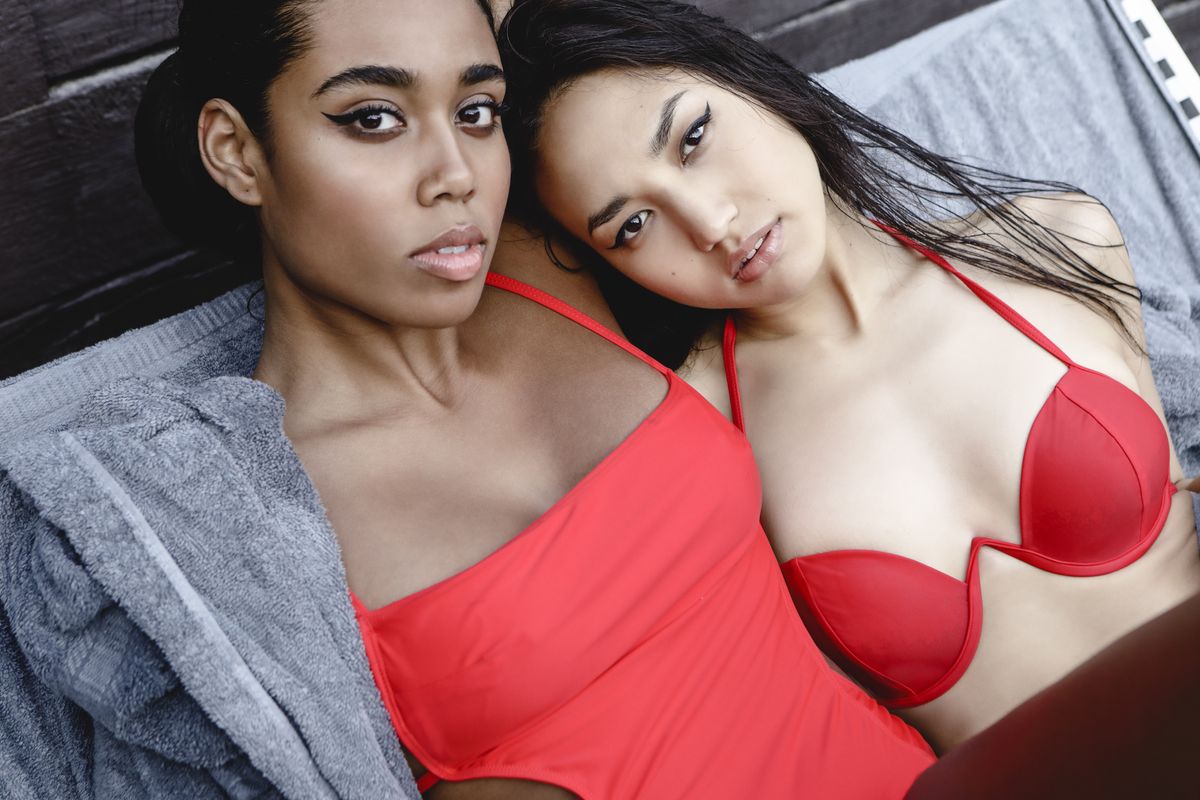 Talking Diversity in Fashion, on Rack and Runway, with CHROMAT

Two years ago, Becca McCharen-Tran, of Chromat, had a whirlwind week, getting nominated as a finalist for the CFDA/Vogue Fashion Fund and then heading down to Miami to debut a new collection on a Swim Week runway. Now, that whirlwind seems to be repeating itself in a way; last week, Chromat was named as a finalist of this year's Fashion Fund, McCharen-Tran was inducted as one of 14 new members in the CFDA, and the brand was again down in Miami debuting a new range. And while McCharen-Tran has abandoned the Miami runways, she was able to make quite the splash in a series of events with Equinox and a booth at the trade shows.

"I think it's been great," McCharen-Tran told PAPER at Cabana where the brand was showing its new collections, which will hit the runway in New York this September. "The inflatables collection [last season] was so much about survival and keeping your head above water. It was about responding to the election and now, after that, we really wanted to just find a zen moment, find an oasis or a rock to cling to so I got really into rocks and minerals."

That idea turned into the designer heading to the American History Museum and sourcing inspiration from Turkish baths in Austria and the Blue Lagoon in Iceland. As the idea evolved, lava found its way into the mix. The result came by way of suits featuring hot reds and fiery oranges as well as metallics and ribbing details, nodding to zen gardens. "We were just into self care, collective care mode."

But, as much as the brand is known for its standout swimwear, it's also known for its devotion to diversity in all its forms. The brand's runway shows are a benchmark for inclusivity, showing diversity in gender, size, sexuality, race and more. Slowly, the industry itself has begun to follow this, namely with this year's Fashion Fund naming four black designers as finalists, the first time in the program's history.

"I think this is the kind of stuff we've been talking about needs to happen and to see it happening, it makes me feel like our voices are being heard and people are listening and changes are actually happening," McCharen-Tran said. "This isn't just banging against a wall, you can truly see the changes that are happening in front of us which is really cool. It's the first step obviously, but I think it's really good." Obviously, there's more work to be done, and McCharen-Tran plans to start her efforts with her own brand.

"One thing we've seen on the runway with great success but not in retail with great sucess is larger sizers," she explained when asked what she might do with the prize money from the Fund, if she wins this year. "All this messaging of inclusivity and all different body sizes on the runway, just this kind of body acceptance is such a runway-based message, but then when it comes to sales people only buy up to a size large. So I would love to extend our size range and have a good retail partner to bring that to life. I'd also like to make a full campaign to make it a real, shoppable, change in our retail structure." And while a noble idea, for McCharen-Tran, it's only one part of what she hopes to do.

"I think hiring is another place to put a focus on inclusivity and diversity," she continued. "It's important because to be honest our staff generally comes from our interns. People who can afford to intern generally come from privileged background, so that has meant our staff has been predominantly white because of the conduit of where we get our staff form. So I think it's important that we start that first internship with a wider base so that the end goal is to have more staff that is of color."