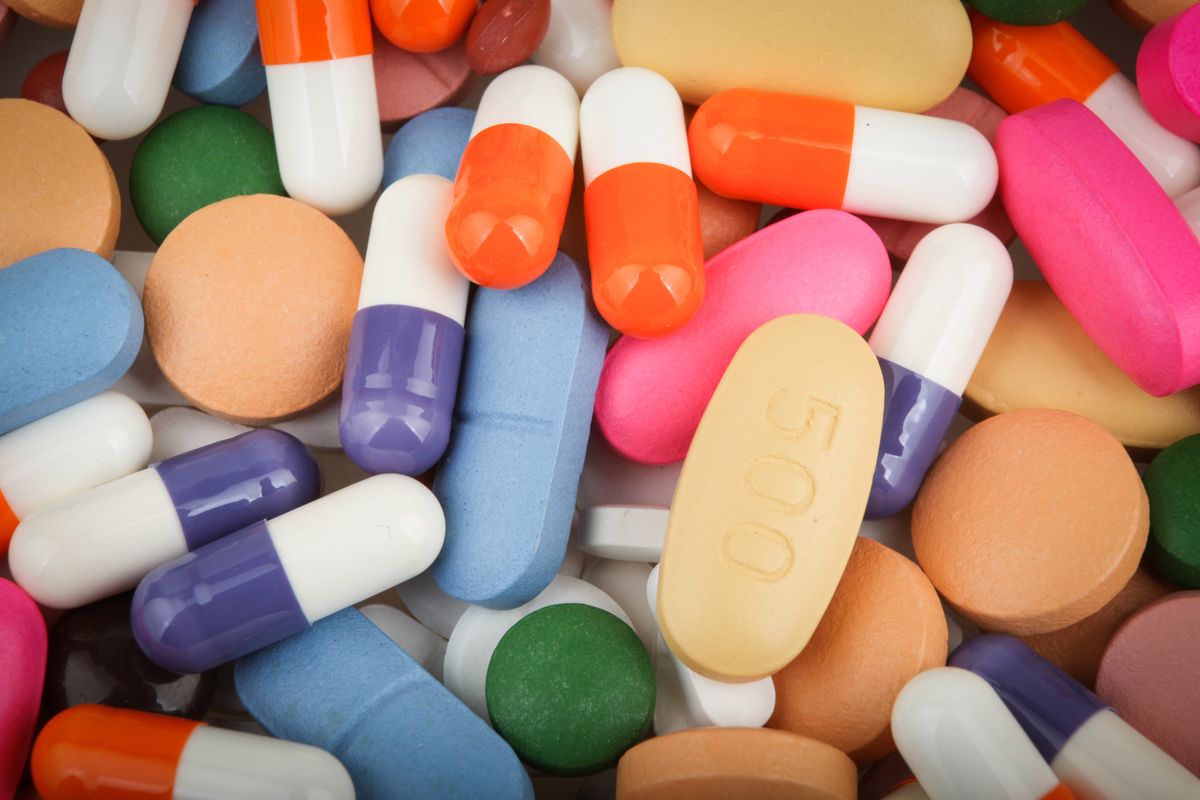 I never thought my anxiety medication would be my most glamorous accessory.

As a 24-year-old Chinese American graduate student in Manhattan, every semester I was juggling six classes, an internship, and my side job as a makeup artist. With only four hours of sleep every night, I eventually burned out. Would I pass this semester?

The inner dialogue kept coming, and I could feel my reassurance chip away. It felt like I was going up a rollercoaster that would never plunge — and I'm terrified of rollercoasters. After some time, I hesitantly called the school psychiatrist.

As the phone rang, I remembered a phone call with my mom last year. Back then, I was seeing a therapist for depression and I told her about it. When I was done, she snapped back in Chinese: "I didn't work this hard for you to be depressed!"

The fact that I was potentially about to be prescribed medication for anxiety terrified me. What would she say when she found out I was literally about to get drugged?

Mental health in my community is a delicate, even taboo subject. Often depression and anxiety are written off as moral weaknesses. The social stigma attached to having a "mentally unwell" acquaintance or family member is sometimes strong enough to deter Asians in this country from seeking psychiatric help. In a world where every post is curated, and every selfie is Facetuned, not having control over something as innate as your emotions is unspeakable.

According to the American Psychological Association, "Recent data collected from the National Latino and Asian American Study (NLAAS) found that Asian Americans have a 17.30 percent overall lifetime rate of any psychiatric disorder and a 9.19 percent 12 month rate, yet Asian Americans are three times less likely to seek mental health services than Whites." They also reported, "Asian-American college students were more likely than White American students to have suicidal thoughts and to attempt suicide."

My calling the psychiatrist symbolized a rebellion against everything I knew. Despite living in Manhattan, where practically everybody has a therapist (my professor called it "Shrink Capital"), I still felt alone. I grew up in an Asian American suburb of Southern California, and eventually moved to Beijing when I was 10 for my parent's business; I was never far from the Chinese community. Despite growing up in two completely different cities, the people and values were similar. No matter what kind of Chinese you were, American or not, you simply didn't mention the word "therapy."

Many people with parents from Japan, South Korea, China, Malaysia, India have heard a variation of the phrase — aka our people's Manifesto — "Asian people don't have mental health issues." Anh Dao Huynh, vice president of the Orange County Association for Vietnamese Mental Health Awareness and Support told the California Health Report: "There's stigma from my culture because you feel like people are looking at you like I must be doing bad stuff and that's why this happened to my son," she said, referencing her son who struggled with mental health. "Like I'm a bad woman, I must be very mean and bad, and that what my son is doing is payback."

The only people I knew who had access to drugs like Adderall, Xanax, Lexapro and Prozac were my white classmates. They'd tell me about how their pills helped calm their erratic emotions over coffee — how their medication changed their lives, giving them hope again. I listened with envy and fascination.

Recently a friend from Seoul confided she was contemplating getting therapy for anxiety, too. Up until then, I had never met another Asian who brought up mental illness in conversation. Immediately I gave her a hug, and told her she could talk to me about it. It was an odd mixture of protectiveness and reassurance; I wasn't the only Asian struggling with this, I realized.

The meeting itself with my doctor went smoothly. I told her that I was dealing with stress from my schedule, and I needed help. At first we had a long conversation about my daily routine. Then I answered questions, including whether I ever thought of harming myself, and if I had unpredictable mood swings.

An hour later, I was diagnosed with anxiety induced by extreme external stress. The verdict? A 30-day 25-MG prescription of Zoloft, and weekly therapy sessions with the university therapist.

At home, I stared at my orange prescription bottle. Logically, I knew that the medication was to treat my anxiousness, but emotionally the pills almost felt luxurious — like an invitation into a secret whites-only club.

I imagined skinny white girls in LA comparing Adderall and Xanax prescriptions like they were bags being sold at Barneys. Amid all these thoughts, I popped a pill. I could have sworn I heard the soundtrack of The Bling Ring by Sophia Coppola playing inside my head.

Practically everybody is aware of the '90s anti-drug campaign "Just Say No." Introduced by Nancy Reagan during the "War on Drugs" period in American history, socially everyone knew that drugs like meth and cocaine were bad; pictures of addicts with skin infections and rotten teeth are enough to turn anybody away from drugs.

But, the polar opposite happened with prescription drugs. Whether you turned to shows like Gossip Girl, or ever watched an episode of TMZ, we've all seen the it-girl archetype: Rich, white, and blonde with Louis Vuitton purses filled with Xanax and Vicodin bottles.

In 2013, Los Angeles-based celebrity hotspot retailer, Kitsons fell under controversy for selling shirts printed with various drug names across the backs. "We did not approve nor do we condone the use of our brand in this manner," AbbVie, the pharmaceutical company behind Vicodin, said in a statement. "These medications treat serious health conditions and we believe they should never be trivialized."

Cat Marnell, NYC socialite and author of her tell-all memoir even scored a massive book deal chronicling her addictions throughout school, Lucky, and XoJane. Due in large part to the white community, there is an aura of privilege and luxury associated with prescription drugs; I was finally experiencing it firsthand.

When I told my friends about my medication, they congratulated me on seeking help, and told me about their own therapy regimens. Recently at a friend's house, while raving about my weekly pilates class, I popped a pill with my pressed green juice. "Damn I feel white," I joked.

And last week, I finally told my Mom about the pills.

After explaining to her what I was going through, and repeating, "I'm being responsible about this, don't worry," she finally said, "I just want you to be safe." Ultimately she cared whether I was happy and healthy.

While I have no intention of abusing my medication, and insist on receiving the lowest dosage possible, prescription pills still carry a certain glamour that I can't dismiss.

I spent my whole teen life learning to be proud of being Chinese American, and I am. However, I can't deny that this is the one aspect of my identity only white people will ever understand. And while I plan on being off Zoloft in a couple months, I can't help but feel excited when I hear the rattle in my Marni tote.