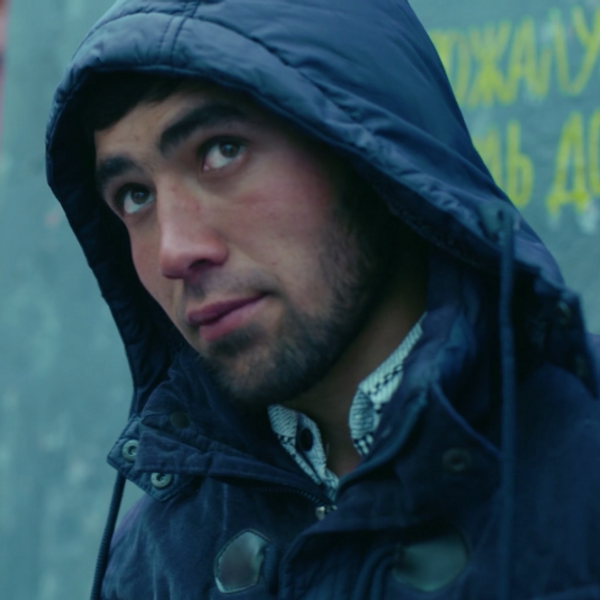 Journey to Tajikistan and See How Young Migrant Workers Live

Migration is as old as perhaps civilization itself. As the world stumbles toward globalization, the workers who travel miles and cross borders to send money back home feel the strain of a migrant economy model more than anyone. "Reportage illustrator" George Butler traveled to one of the most remittance-dependent countries in the world, Tajikistan, to share the stories of the young people there who increasingly have to choose between being close to their families at home and making any kind of living wage abroad — typically in Russia, which is at least two borders away.

Following a civil war that ravaged the country from 1992-1997, Tajikistan's increasing economic depression has driven hundreds of thousands of its people to seek low paid work in Russia. While Tajikistan today represents one particular place and time, the story of migration is universal, and especially relevant today. Butler's ten-minute film follows Abdullo, a young Tajik on his fourth journey to Russia, traveling by rail from Dushanbe to Moscow on a 2,300-mile, four-day journey. We get a peek into the arduous journey and the challenges he and other migrants face — like the Russian police — along the way.

Watch the film and read an interview with the film's director, Tim Brown, below:

Why did you decide to investigate this topic and this region of the world?

We often hear about extreme cases of migration, families torn apart and communities caught up in war and politics. We 100% need to hear about these cases but as the world's population grows, I feel a more common pattern of migration will work its way into our societies. As people strive to make ends meet in changing landscapes, we will have to move for work, food and even water. In Tajikistan, this is very much the case, and has been for over a decade. I wanted to draw attention to this lesser-known case of migration in a way that felt different.

What are the main challenges facing young Tajik people?

The lack of work in the country is the main issue they face. Young people are forced to step back from continuing their education and look for any form of work they can. Russia has been the answer for many years but as the economy fluctuates there, this solution is becoming less and less appealing.

How did you find your subjects?

Joe Schottenfeld, a New York-based journalist and law student, had spent time in the region writing a paper for National Geographic. He was interested in capturing a more visual portrayal of what he had written out during his time in Tajikistan. He presented the opportunity of joining him on this four-day train journey to Moscow and we took him up on it.

Something you focus on in the film is the treatment of migrants by the Russian police. Why is it so important for people in vulnerable situations to know their rights?

Information is everything, and if you find yourself up against an authority like the Russian police or political regime it can be very overwhelming. Knowing your rights, or at least the very basics, can be the difference between a fine or ten-year ban from the country you're trying to make a living in.

As global migration increases and nationalist tensions rise, what do you wish people understood about the people trying to make a living wage by crossing borders?

For me, I wanted this film to try and depict the more common experience of migration. What is the backstory that causes people to leave their families and country of birth? For migrants like Abdullo, travel is about the destination, not the journey — but the journey is arduous. Filming and drawing along this journey helped reveal the subtleties of thought, moments of speculation about what was and what will come, and vulnerabilities captured in motion.

How does drawing help you connect with your subjects?

Drawing takes time. There is something so intriguing about seeing an illustration come to life and in some cases it was what attracted people to come talk to us. This gave us the chance to broaden the scope of who we spoke to. Culturally, it was very hard to interview the women there due to strict religious traditions. Drawing did get us closer in some situations but sadly not as much as we would have liked. The main thing drawing did help with was tackling the more emotional issues. The process allowed the interviewees to relax and tell us their encounters at their own pace.

What was your main takeaway from the experience?

My main takeaway from the shoot was a greater appreciation of the country I was born in. It seems a bit weird to say, but it's such a lottery and will dictate your whole existence. After coming home and going through all the footage with my editor Lucy Berry, I was pretty overwhelmed. There is no clear answer to the problems in this region of the world. Im sure an answer will arise, and no doubt it will be born from the pure determination and sweat of the Tajik people.