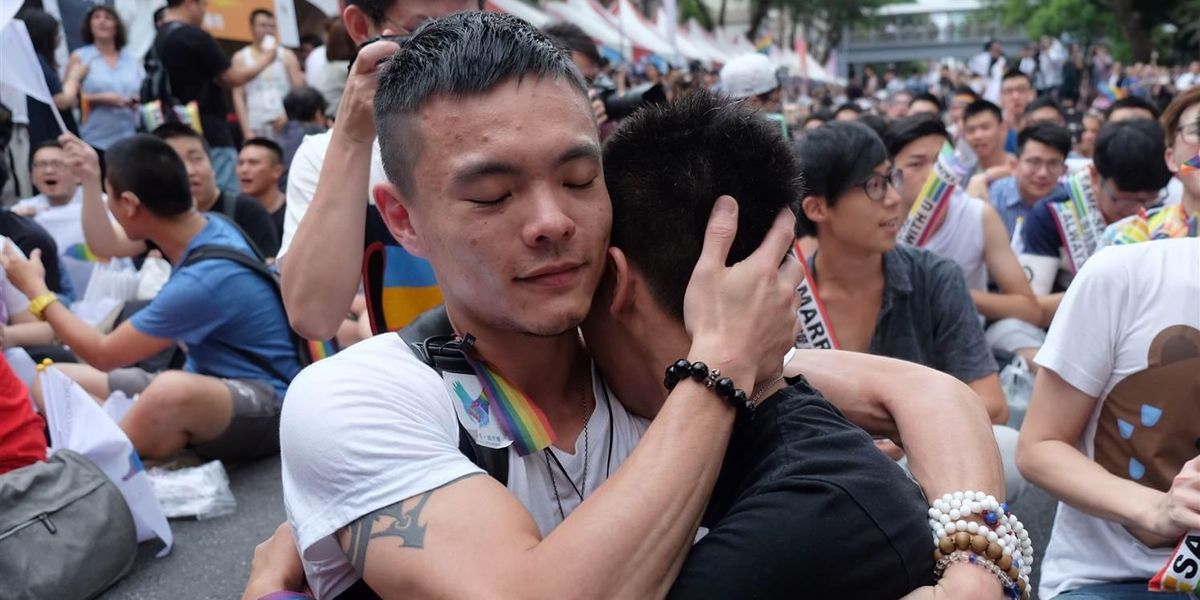 Marking a first in history, Taiwan has ruled that same-sex marriage is legal — it was the first country in Asia to do so. Earlier today, Taiwan's Constitutional Court ruled that the current civil code restricting marriage between people of the same sex was in violation of "two articles of the constitution safeguarding human dignity and equality under the law." A bill designed to enforce this ruling is already being pushed through legislature.

According to reports, the public opinion in Taiwan had always largely supported the legalization of same-sex marriage — especially with a recent string of successful Gay Pride marches, each of which have drawn attendance from tens of thousands of people. It also probably didn't hurt that Tsai Ing-wen, Taiwan's first female president, had openly declared her support. In turn, 12 of the 15 justices involved in the decision voted in favor. Only two stood in opposition, and the last one recused himself from the decision altogether.

In its ruling, the court said, "The need, capability, willingness and longing, in both physical and psychological senses, for creating such permanent unions of intimate and exclusive nature are equally essential to homosexuals and heterosexuals, given the importance of the freedom of marriage to the sound development of personality and safeguarding of human dignity."

These sentiments were echoed by many Taiwanese citizens as well. As they anticipated the monumental ruling, hundreds of people gathered outside of Taipei's parliament while waving rainbow flags and holding up signs that advocated on behalf of the many LGBT people whose lives would be positively affected by the decision. After the ruling declared that same-sex marriage would, indeed, be legal, people in the crowd started to applaud.

As one of the most liberal countries in Asia, it's no surprise that Taiwan would be one of the first to legalize same-sex marriage; but nonetheless, the passing of the bill signals a big step forward for LGBT advocacy on a broader scale. Let's hope that other countries will begin to follow suit.