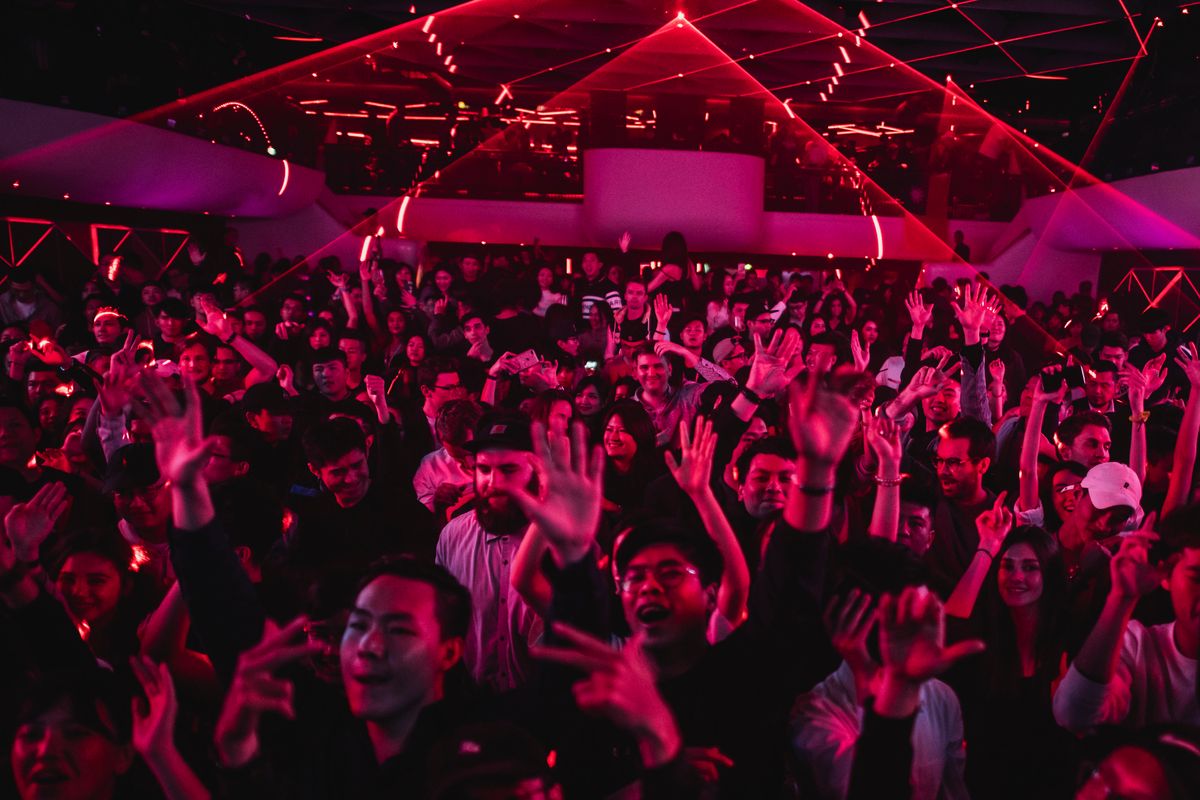 Despite a densely packed population of more than two million people, Taipei, the capital of Taiwan, is surprisingly quiet and calm. In the way of nightlife, it boasts more famous food markets than dance venues. Still, as anywhere, there's an underground. And when Red Bull's 3Style DJ competition (think of it as the DJ Olympics — mix masters fly in from around the world to compete in a new location each year) descended upon the city last month, the locals were more than ready to party. In what language, though? It proved a surprisingly loaded question.

Taiwanese residents — who remain split on the Chinese reunification issue — speak Mandarin as their lingua franca, and are usually also fluent in Taiwanese Hokkien. They sing along almost exclusively to Mandarin pop at house parties and in karaoke booths, but you wouldn't know it by visiting local bars and dance clubs, where the foolproof sounds of LMFAO and Usher tend to form a familiar but discomforting soundtrack. For many, the very concept of clubbing is inextricable from North America. "It's weird, right?" asks Taiwanese DJ Mr. Skin (賴皮), a former 3Style competitor who performed sets at the event's nightly after parties. "Like, Mandarin pop is all we grew up with. If you're playing the English songs, people only know the melody and the chorus, and they usually don't know what it means. They maybe can sing along with 'Shots! Shots! Shots! Shots!'"

As a working DJ, Mr. Skin has butted heads with Taipei venue owners over this issue — most are hesitant to allow Mandarin language tracks during peak party hours, fearing the wrath of unpatriotic club goers who'd prefer Western hits. Frustrated, he founded his own Mandarin club night, where both local and international tracks in any language get played. He says that while many Taiwanese music fans have an uneasy relationship with Chinese ("there's a lot of people who think that if you can speak English, that will make you cooler"), still more are eager to help forge a new and proudly Taipei-centric identity. And whatever one's stance on the PRC, Mandarin is more inherently Taiwanese than American English, Japanese, or Korean is.

"The younger generation are starting to get the identity like, 'Yeah, we're Taiwan!'" agrees Mr. Skin's friend DJ Question Mark, another former 3Style competitor who, like Lizzo, merges hip-hop beats with classical flute. He calls learning to DJ in an English language environment "a very pure education" that puts a focus on music instead of lyrics. The city's club scene, he says, reflects the fact that pop cultural identity is a process. Especially when your country's diplomatic status technically sits in limbo. Skin is based in London, traveling frequently to perform. He says his passport is a constant issue, because no one knows the difference between the Republic of China and the People's Republic of China. "So always I got stopped by customs like, 'Where's your visa? It says China on your passport.' And it's like 'No, we're the Republic of China, that's Taiwan.' It always takes at least 30 minutes to an hour and they have to check with their manager." That's life as a touring Taiwanese musician.

But things are changing, thanks in large part to the ascension of Taiwanese hip-hop artists. It's only over the past decade and a half that local rappers have started putting out music both in Mandarin and Hokkien — it was actually a Taiwanese rapper, the hip-hop pioneer Dwagie, who released the world's first-ever Mandarin language rap album: 2002's Lotus from the Tongue (舌粲蓮花). Dwagie's unapologetic Taiwanese patriotism is epitomized in the track "Taiwan Song," a catchy assertion of identity that's made him a legend on his home island. Dwagie has collaborated with Nas and is reportedly barred from entry into China due to his public support of the Dalai Lama. If you're a foreign DJ looking to impress a Taiwanese crowd, Question Mark and Mr. Skin suggest, put on some Dwagie.

Taiwanese hip-hop these days is a thriving, superstar-making industry. Taiwanese artist MC HotDog is a judge on the immensely popular Chinese talent search show The Rap of China, where Taiwan's BCW was among season one's most popular contestants. Like Dwagie before them, the popular hip-hop trio MJ116 are boldly Taiwanese — "116" is a riff on a Taipei ZIP code. These are the artists you'll hear at Question Mark's Mandarin language club night, or out on the streets, but not so much in mainstream venues. Although, as the DJ notes, they're catching on. "That's the cool thing about the Mandarin party. Lots of schools and colleges and DJ studios have invited me to speak, and I think after about three or four years of doing it, our party affects how the other DJs play."

During the 3Style finals, few international DJs were brave enough to slip Chinese language artists into their sets — but maybe the confusion over what their audience wanted was understandable. Judges awarded victory to USA contestant J. Espinosa in the 3Style grand final. But when Taipei native DJ Afro mixed in a series of Mandopop riffs, members of the crowd danced more wildly than they had all night.