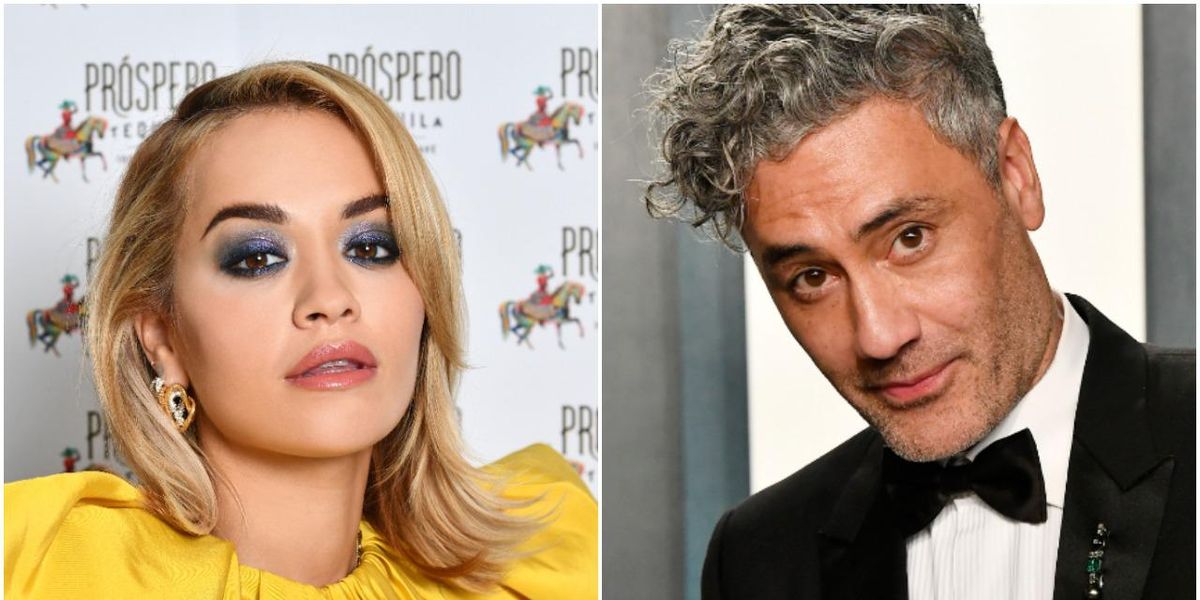 Some celebrity romances, perhaps because they're usually arranged by savvy publicists, seem predestined. Beyoncé and Jay-Z, John and Chrissy, Blake Lively and Ryan Reynolds… these are your prototypical power couples, whose already-stellar careers are made even stronger by joining forces.

Then there are the slightly more unbalanced and unexpected unions. Those that fall under the "Zach Braff and Florence Pugh" category. They're frankly way more interesting, and here's one for the ages: according to The Sun, British tabloid fixture Rita Ora and Kiwi film director Taika Waititi have been dating for several months.

"Sources" claim that Waititi and Ora, who are both currently living in the COVID-free paradise that is Australia, have been spotted on several "romantic" dates in Sydney. While the relationship is reportedly a secret, they've been a couple since early March, and are "really into each other."

absolutely shaken to my core by the news that rita ora and taika waititi are dating
— vampire workday (@vampire workday)1619575340.0

Pretty much no one is reacting well to this news, which on first instinct feels sick and wrong. Waititi is an A-list director, as in-demand with Marvel Studios as he is with srs actors in search of their next awards season project. Rita Ora is iconic, also, but for different reasons. It's actually kind of hard to name what those reasons exactly are.

After giving it more thought, though, we ship and we stan. Waititi is above everything else an extremely funny and chill-seeming guy, who rose through Hollywood's ranks by working primarily with comedians and musicians from his native New Zealand, seemingly never taking himself too seriously.

Despite uneven musical output, Ora has remained a celebrity fixture in much the same spirit of fun and relatability. Her Instagram is genuinely good! Her Post Malone Halloween costume was all time. She broke COVID protocol for her birthday party, but then again so did most people.

It remains possible that this relationship is some kind of elaborate Australian practical joke. But if not, we wish the new couple nothing but the best.