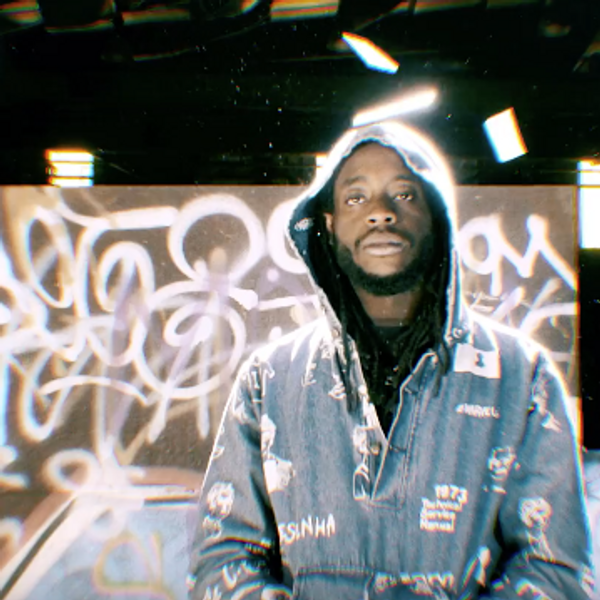 New York-bred rapper T-Shyne has been teasing his first full length project with Young Thug's cheekily named YSL label for nearly a year, and now it seems we're getting closer to the release of the much anticipated drop with the video for single "Word of Mouth," premiering below.

Coming off the heels of two national tours with Thug, Shyne says he's been locked in the studio working with some of the biggest name in rap (think Juicy J, Slim Jxmmi, TM88, etc) to finish up The Immaculate. PAPER chatted with T-Shyne about working with Young Thug, why he's still grinding and the crazy true story that inspired "Word of Mouth":

What's working with Young Thug and his label YSL been like?

It's way more than a label, it's family. Thug FaceTimed me telling me he wanted me to officially be down and that's my brother so the choice was easy. We linked up he gave me my YSL chain and the rest is history. I been traveling and living with him for the last few years. Me and my brotha's Strick and VA all linked with Thug through TM88.

What was the inspiration behind "Word of Mouth?"

The inspiration came from a attempted robbery that went down at the apartment I was staying at in Harlem at the time. After that happened I got a call from Thug to meet him in Cali. So it's basically about being in a bad situation one day and a few days later having a much better situation. I went from almost getting robbed at gunpoint to living in a mansion in LA hopping on jets around the country in a matter of hours.

This is a big year for you, with the release of The Immaculate fast approaching. How does it feel to be close to releasing the album?

Man it feels good, I been working hard on this one. I took my time with it and got everything right with it. From the production to the mixes it just all sounds great. It's mixed by Jon Castelli one of the best engineers in the game. And then mastered by Dale Becker who really brought it all together. A lot of the recording process I actually recorded myself.

What do you most want people to know about you?

Nothing came easy. This shit was a grind from the jump and it's still a grind. I seen so many people quit doing music. People that were bigger than me at the time. But I kept going, ain't no cap in my game at all. I do this shit for my pops, that's one person I know ain't ever gonna change up. Also they gotta know it's YSL4LIFE, that's the beauty of it.

See the video premiere of "Word of Mouth," below: