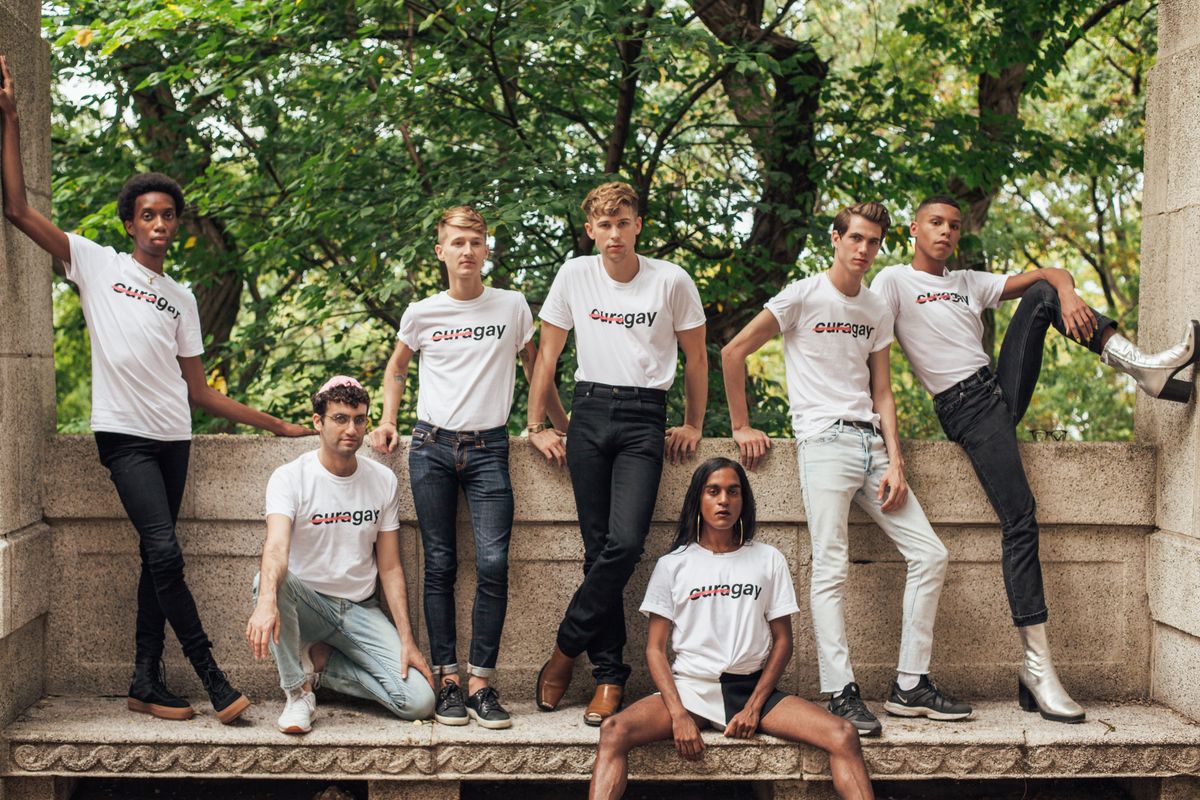 Cop This T-Shirt to Support LGBTQ Rights in Brazil

Wear your heart--or at least your ideals--on your chest and fight LGBTQ oppression overseas at the same time. The latest source of dismaying rollbacks in LGBTQ rights comes from Brazil, where conversion therapy was given new legitimacy. Last month a federal judge overturned a decision from 1999 that banned psychologists from offering programs and treatments to "cure" homosexuality, allowing conversion therapy to be practiced again. The shirt references the hashtag #curagay, which trended after the ruling as Brazilians discussed and despaired of the decision. Dorfman collaborated with illustrator Paul Tuller (who has also designed a shirt protesting LGBTQ persecution in Chechnya) after hearing about the ruling. "This idea that you can 'cure' homosexuality is appalling and simply not true," he notes in a statement. "There is no Cura Gay (gay cure), there's just Gay. Or not. Or however you identify, and nobody should have say over something so personal and inherent. I hope this shirt resonates with people and we're able to raise a shit ton of money for the GGB to resist this ruling."

All proceeds from the $28 tee go to Grupo Gay Bahia, Brazil's oldest organization defending LGBTQ rights, which has been fighting for the Brazilian queer community since 1980. Peep the slideshow below to some outspoken queer advocates standing up for Brazil--including PAPER faves like Adam Eli, Parker Kit Hill, Richie Shazam and Tommy himself--and then grab yourself a shirt.

All photos by Jack Juliar