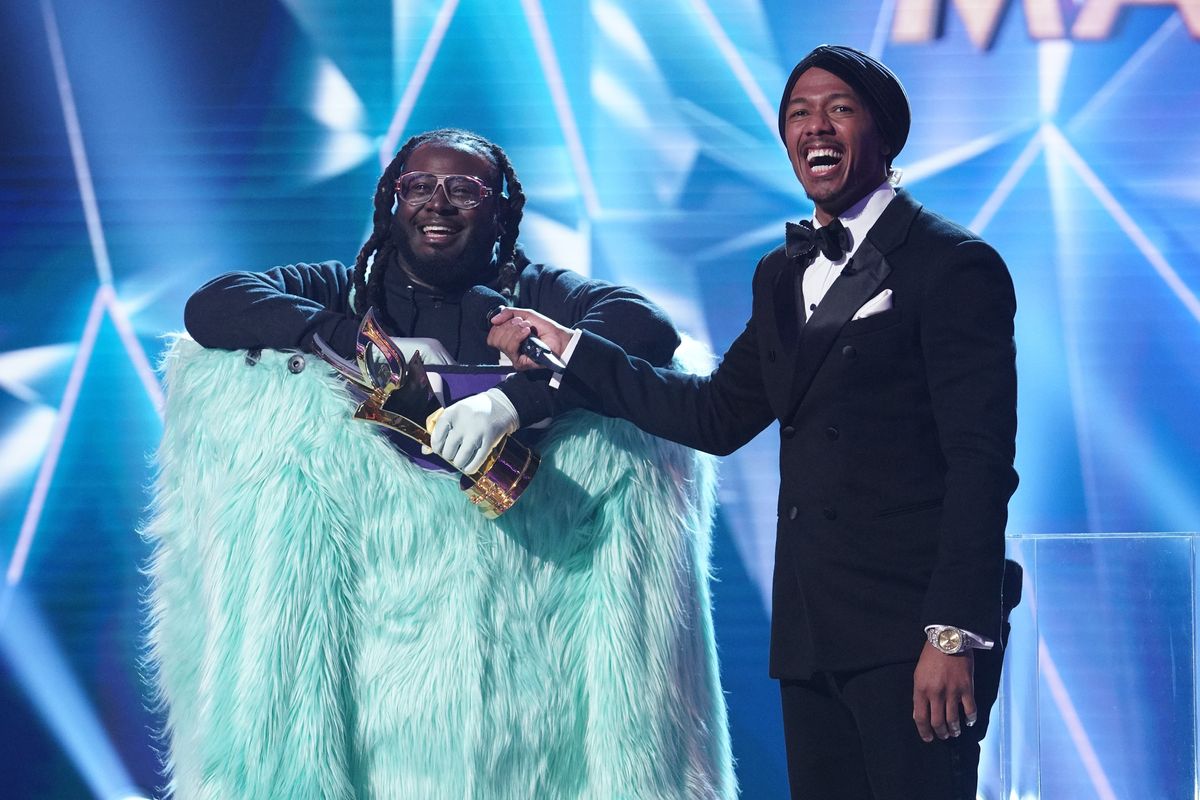 In other words, The Masked Singer may or may not be hypnotic government propaganda designed to distract and placate the American public. T-Pain wore a fluffy monster suit!

At first the show's extravagantly detailed costumes, designed by industry veteran Marina Toybina, seemed like easy distractions from the fact Fox had likely failed to convince any real celebrities to participate in the show. But that turned out not to be true! T-Pain is a pretty good get, as is Gladys Knight, who wore the bee costume, and placed third. Donny Osmond, disguised as a peacock, came second. Previously eliminated contestants included La Toya Jackson, Ricki Lake, Joey Fatone. Tori Spelling, and Margaret Cho.

Gladys Knight's voice is recognizable even through a Hunger Games-esque costume, and judges started throwing her name around early in the show's season. The panel had more trouble with T-Pain, variously guessing that the man inside the monster was Gucci Mane, Nelly, or Lil Jon.

On Instagram, T-Pain called his Masked Singer stint "one of the most humbling and amazing things I've ever done." He conveniently has a new album out, 1Up, featuring Lil Wayne and Tory Lanez.

Congrats, T-Pain! Listen to 1Up, below.