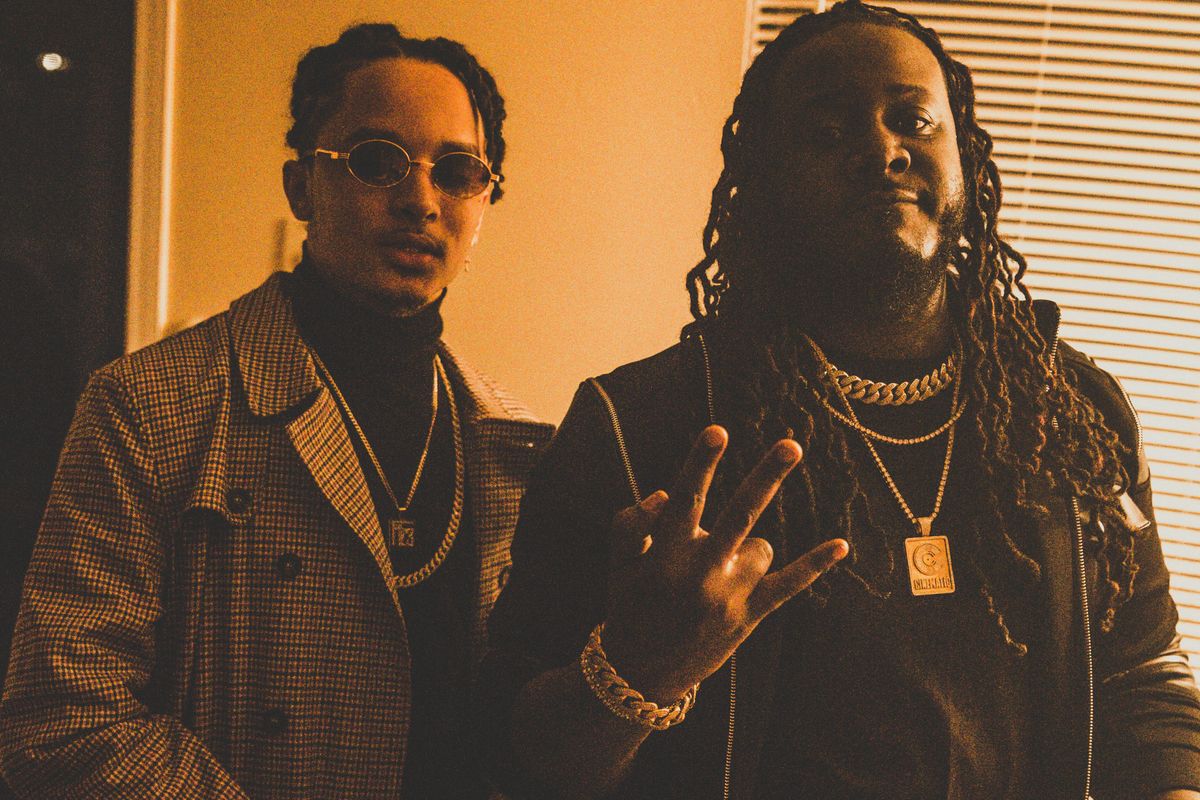 Twenty three-year-old LevyGrey, a multi-talented artist and producer from New York City, already has some impressive credits under his belt. Having been tapped to score two Netflix originals — Deuces and True To The Game — the artist turned to focus on his own music, releasing EP Shades last month to the approval of his fans. Following the drop of his hit single "Insert Title Here," Levy teamed up with the godfather of modern pop-rap, T-Pain, to give fans "For Me." The track is a ode to — what else — a beautiful woman, with Pain and Levy singing over a booming 808 beat and melancholy electric guitars. The Vincent Lou-directed visuals, premiering below on PAPER, are as sexy as they come.


Pain caught up with Levy to talk about the video. Catch that and the video, below:

T-Pain: Was this the first time you were in ATL?

LevyGrey: Nah, I've been to Atlanta before. My manager Fame has a house out here so we usually just come visit for weeks at a time to get away from all the madness back in New York and just work on music. It's the perfect balance.

TP: Did you visit any strip clubs while you were down here shooting the video? If not, I got to take you next time.

LG: Unfortunately nah. On the plane here I told myself I was going to hit the strip club up but the schedule got a bit hectic. It's cool though, next time I go I'm going straight there from the airport. The single's going be ready and all that good stuff...and we going to be bumping "For Me."

TP: Does the Nicki and Rihanna combo create your dream girl?

LG: Yup a lot. Rihanna has a look to her that's just so exotic and sexy. And then Nicki...man ever since that "Anaconda" video she got my heart. I'm not even gonna lie to you bro — if this was 2k, that's a 99 overall.

TP: How come I didn't get a scene like you did with the girl at the end?

LG: You know what's so funny bro that ending scene wasn't even in the treatment. I told the director like, yo listen man I love her and if you don't record this moment right now that's your loss!