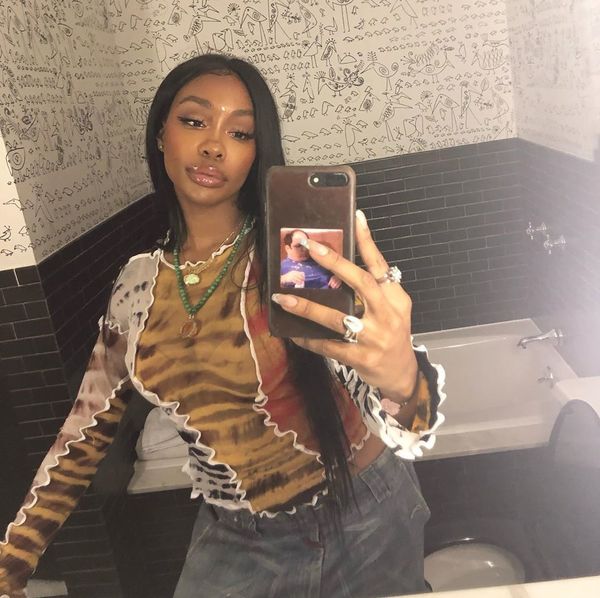 It took what felt like a decade for SZA to drop her instant-classic debut record, Ctrl, in 2017, and now it's felt like a decade since its release. Luckily, she heard our daily prayers and has decided to answer them two-fold: not only are SZA stans getting a new album in the near future, but a project of fan-favorite teased tracks is coming even sooner.

While addressing the crowd at one of her concerts recently, SZA said that she is planning to drop a project before her sophomore album, just so that she can "get it out of the way." Fans have mythologized and wondered longingly about tracks that have only appeared in live performances or leaked online, taking to Twitter daily to beg SZA for their release. Songs called "Kiss Me," and "Brace Yourself" are two titles that appear rather often in stans' tweets, as well as a Instagram stories clip.

Whether or not any of these tracks will make the final cut for the album or preceding project is yet to be seen. SZA herself admitted to being picky when it comes to assembling a new record, telling the crowd at one of her shows, "Realistically speaking, if you leave it up to my foolish ass, we'll be here quite some time." So, we carry on, sending out our daily prayers and words of affirmation that one day soon, the Top Dawg Entertainment superstar will bless us with some much-needed nourishment.

Seriously, SZA. We're begging at this point. Oh, and while you're at it — can you release my personal favorite cut that didn't make Ctrl, "Breaking Even?" I still can't get that melody out of my head.