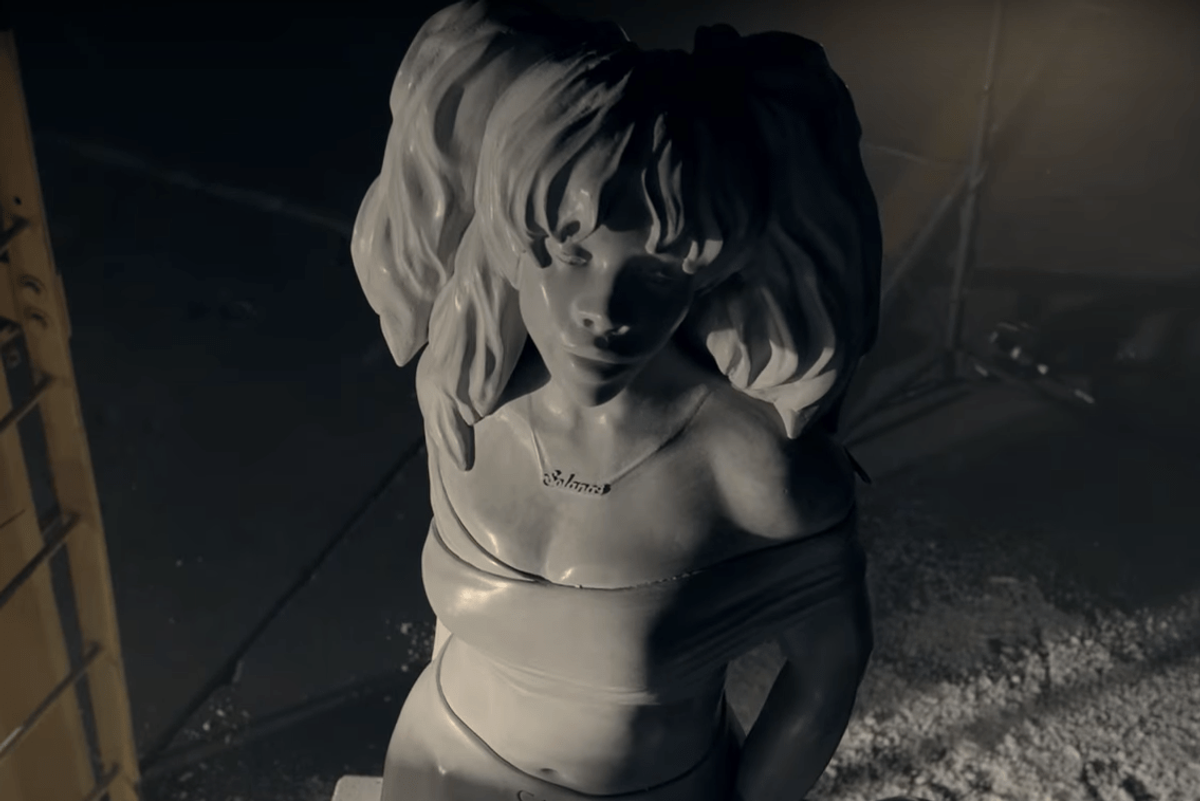 Hip-hop is officially dominating mainstream music (see the Grammys for proof), and Spotify's RapCaviar playlist – curated by Tuma Basa, Spotify's Global Head of Hip-Hop — has played a huge part in turning mixtape rappers into megastars. To celebrate the indomitable influence of the genre, the company has launched the inaugural RapCaviar Pantheon, which will pay tribute each year to rising stars through artistic installations and formats. This year, three artists who had 2017's biggest come ups, SZA, Metro Boomin and 21 Savage, are being immortalized as statues at the Brooklyn Museum.

"Pantheon is our way of non-verbally communicating the breakthrough artists of 2017," Basa said. "We're treating our artists with the importance that Ancient Rome treated its gods. Metro, SZA, and 21 all proved this year that they're here to stay. Their music is forever so why not immortalize their likeness? Greco-Roman Respect Style!"

Though 21 Savage was part of XXL's 2016 Freshman Class, it seemed he might be doomed to be more famous as a meme than a rapper (and as Amber Rose's boyfriend, which hey, could be worse), until his debut album Issa performed better than expected and he snagged a number one hit with the Post Malone-collab "Rockstar."

Despite what the Grammys say, 24-year-old Metro Boomin is undeniably the producer of the year, with his sound permeating every corner of hip-hop and his work being the foundation of some of the biggest albums of the year.

And TDE queen SZA broke through as this year's princess of R&B with her debut album Ctrl, garnering her five Grammy nominations. (Notably, despite there being nearly 150 statues of men throughout New York City, there are only five of women, with SZA being the sixth).

Related | The 2018 Grammy Nominations Mostly Got It Right


Director X was also tapped to create a short film about the project, featuring a voice-over from Pharrell. SZA's statue features the butterflies that fluttered around her in the freaky "Love Galore" video with Travis Scott, Metro Boomin appropriately appears with a flute, and 21 Savage is shown with eight "M"s to reference his bank account.

The statues are currently on display to the public at the Brooklyn Museum.