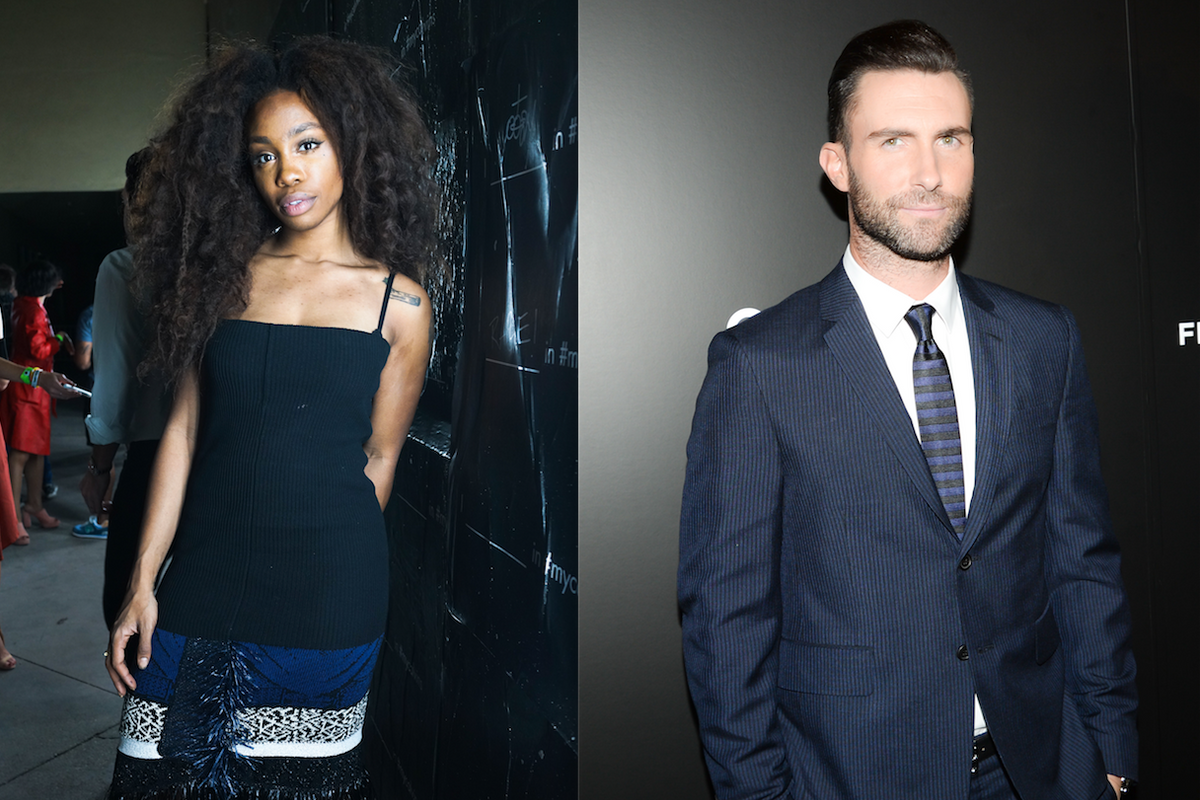 SZA mesmerized the audience when she performed a selection of her songs from Ctrl at New York's Afropunk on Saturday evening and now she's back and ready to mesmerize us once again with a new song. Only this one isn't hers; it's actually the latest single from Maroon 5.

Of course, Maroon 5 has been on a features kick as of late, having recently recruited Future for their single "Cold" and Kendrick Lamar for "Don't Wanna Know" last year. But still, although she has spent the last year in the spotlight thanks to Ctrl, SZA seems like an interesting collaboration choice. Luckily, it actually kind of works.

The song is a catchy number, built around a funky bassline, with lyrics that allude to...well, doing what lovers do. It's fun and upbeat, and features a very prototypical Maroon 5 hook that finds lead singer Adam Levine doing his token "oooh ooh oooh." Unfortunately, SZA's contribution to the song is minimal — first appearing in the second verse to repeat the words "hey" and "say" a few times, and then later to participate in a call and response with Levine — but her presence is felt nonetheless.