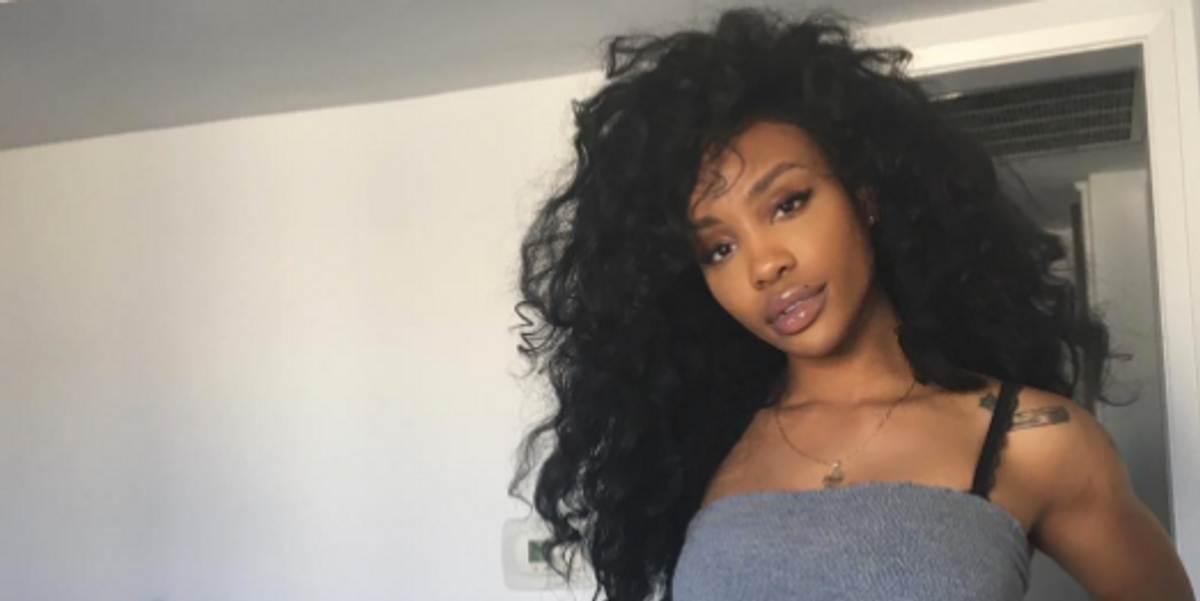 SZA Says Her Debut Album Could Be Her Last

SZA, the sweetest of angels, blessed baby girl and queen of our souls who hit the scene like a damn jackhammer with her stunning debut album CTRL, has now revealed that the project might be her last.

In an interview with Glamour, the singer was asked to address a tweet she wrote last year in which announced she had quit her label TDE (on which she is the sole female artist). While she is enjoying her current lifestyle, she tells the reporter, she does feel like leaving music behind "every other day."

"...I don't know. I have a short attention span, and I don't like to do things when they aren't fun or I can't grow anymore," she says. "This is a space where I feel like I'm growing and having a good time. I'm learning a lot, but sometimes it gets to be a lot and I feel like I can't grow in this space. Like, I have to do something different to grow."

She also spoke on her relationship with the label and co-president Punch Cool, with who, SZA revealed, she's currently not "cool."

"Right now we aren't, but I'm sure next week we will be. It's just like an on and off, push and pull. We've known each other a long time, and we work really close with each other. There's a lot of stress with the album. He knows me better than a lot of people."

While discussing misogyny in music, SZA also touches on the backlash to Kendrick Lamar's line in "Humble" in which he asks to see a "natural" ass with stretch marks. The singer refers to the criticism as "a stretch" and addresses her own body image struggles.

"There are more women who are body shamed and who are — I mean, I used to be 200 pounds, and I have stretch marks all over my body," she explained. "I find more comfort and solace with Kendrick reinforcing that I'm beautiful. I don't really feel anything misogynistic from that."

Music in general, however, has many unresolved issues with women, she says.

Head over here to read the entire interview or listen to SZA's stellar debut below.