Sutton Foster Works It at the Audience Choice Awards 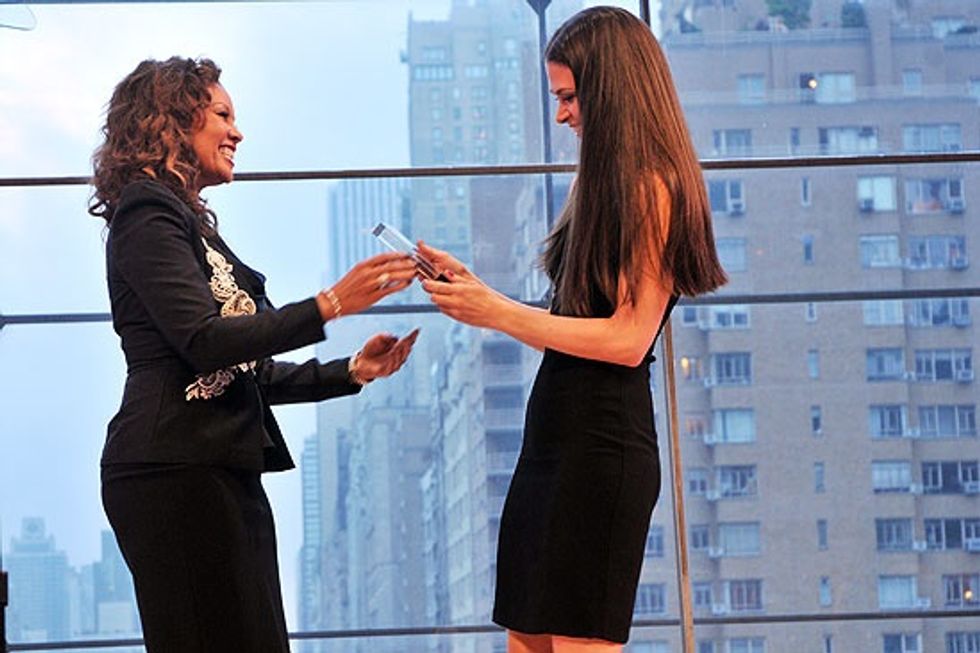 Let's just start by saying, we love Sutton Foster. She is one of the best Broadway talents out there and who can forget her memorable turn as Coco on the short-lived Flight of the Conchords? Brills. But when it comes to putting a look together for an event we sometimes wish Sutton would stick to her costumes. In fact Foster and her sister-in-law, fellow Broadway star Jen Cody were subjects on TLC's fledgling reality shows A Makeover Story back in 2003. But we noticed that Sunday at the Audience Choice Awards where Foster won Favorite Actress in a Musical for her role as Reno Sweeney in Anything Goes, that her look also deserved an award! She got the hair right: perfectly straight, while still boasting some volume and the outfit: a classic, well-tailored LBD. Bravo Sutton! We can't wait to see what she pulls together for the Tony Awards!

Here she is receiving her award from presenter, Vanessa Williams (who for the record almost always has her look in order!) Photo courtesy of Broadway.com