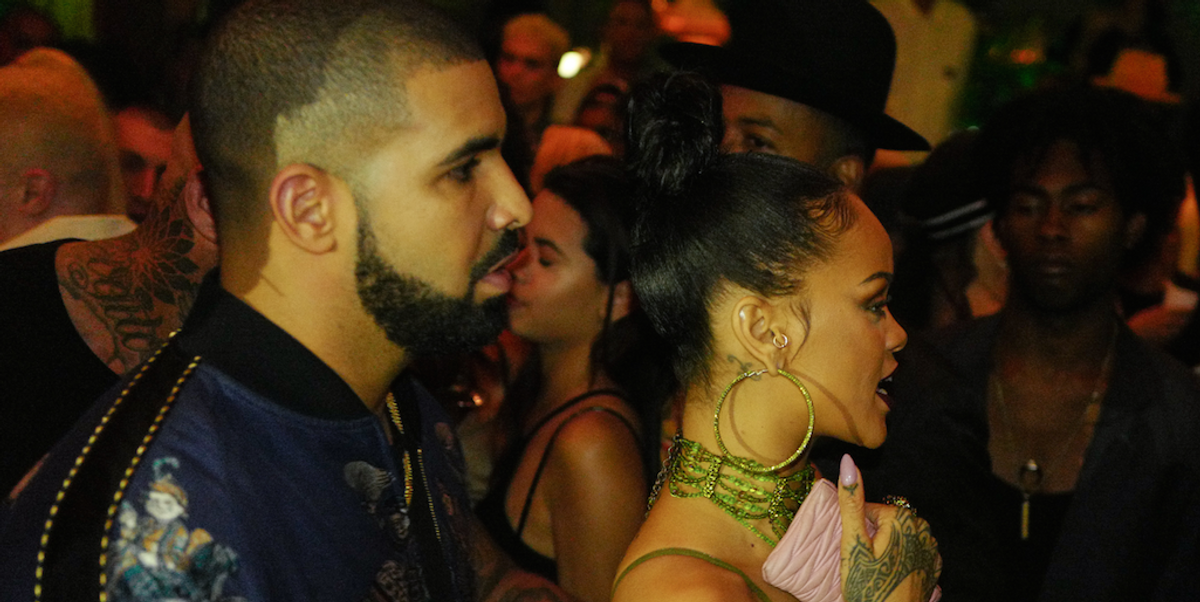 You know what is objectively the absolute worst? Kids' birthday parties. There is too much sugar, too much screaming, too many small people. You know what's even worse than the worst? Being at a child's birthday party with your estranged ex-lover, with whom you shared many magical memories, now forced to hang out in a very intimate setting.

Enter Rihanna and Drake, the never-confirmed couple who were forced to partake in this unique hell over the weekend in LA. The pair don't appear to have interacted, which we know because some weird rando guest decided to film them.

That awkward moment when you and your ex show up to the same party #rihanna #drake pic.twitter.com/OydtPkcMSq
— BallerAlert (@balleralert) April 10, 2017

Also it appears, as opposed to playing something a little more age-appropriate, the hosts opted for and all-Drizzy soundtrack, which could only have made things more awkward for the former flames.