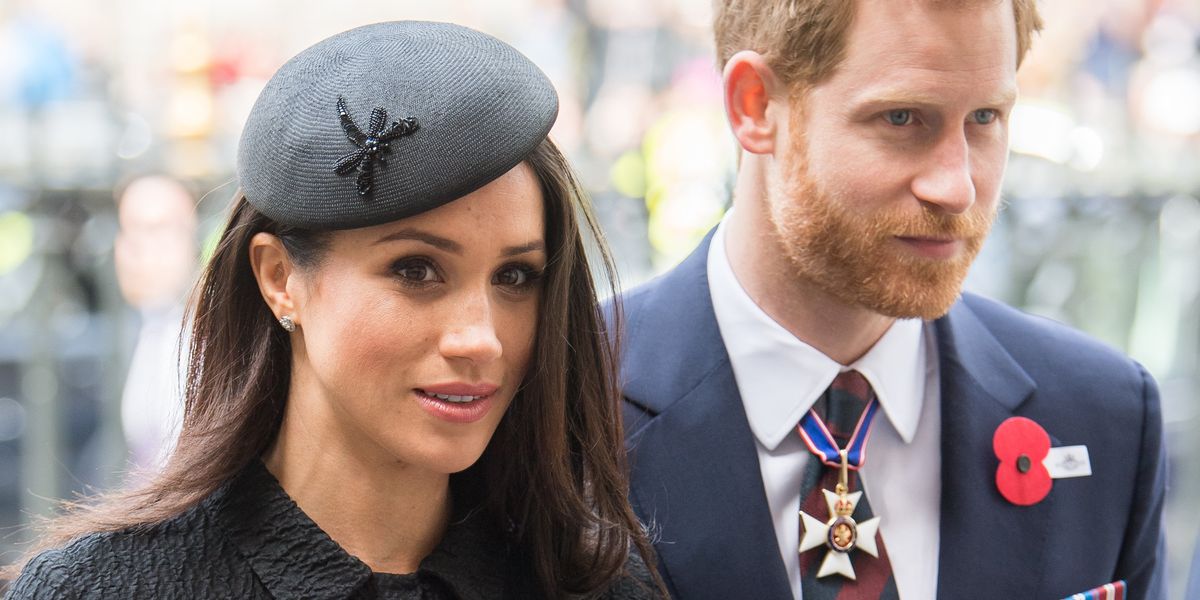 We're just hours away from the Royal Wedding and we are truly up in a swirl of excitement. Someone else who is up in a swirl is Susan Miller of AstrologyZone.com, one of the world's most celebrated astrologers. We're addicted to Susan's writing and had to chat with her about the royal bride and groom. It was surprising to learn about the star signs of the royal family and how they work together, and how also the late Diana, Princess of Wales seems to have had an astrological influence on both her boys when choosing a bride.

He is a Virgo with Capricorn rising and she is a Leo with Cancer rising. I think we have to define what rising means and in astrology it's very important. It's equally important to your sun sign. Let's look at the royal family because when you're getting married you marry the whole family. What's remarkable about this family is that they are all water and earth (signs), all of them. The Queen is Taurus (earth), I don't know her rising. Charles is Scorpio (water) and his wife Camilla is Cancer (water). William is Cancer (water) and Kate is Capricorn (earth) Harry is Virgo with Capricorn rising. The children: little George is Cancer (water) and his two little siblings are Taurus. If you look at this, it's remarkable. What do you use to put out fire? Water or Earth. Meghan's Cancer rising is very good and it saves the day. What's interesting is both William and Harry looked for Cancer in their mates, and these are echoes of Diana who was Cancer. So they were looking for that nurturing, loving, sweetness, that their mother had and they found it in their wives. The water rising is going to help her a lot, if she didn't have Cancer rising it would have been hard. But being a Leo and an American, you're a little bit more relaxed and a little more forward, a little less reserved and she'll have to download that part and just being an American. We're so natural. We speak up we say whats on our mind. She can be herself with him because he loves her but with the family... because you know when we're married we marry the family. It doesn't really hit home until you have children. It's not just your baby, it's the families baby. And that's the way it is because its a good thing since the family is interested in the child, buys it presents, and reads to it, everyone comes around and supports it. She's going to have the baby pretty fast by the way I think by November because she's a Leo and Jupiter is going into the fifth house of love and baby in November.

Talking about changing your life you have to quickly eyeball what I wrote for Leo for this month because (?) is going into Taurus. And I wrote, wow you could become famous this month, and you may fall in love with someone foreign, and she did all these things happened. 12 Degrees Leo on January 21st. And she is 12 degrees Leo, so that eclipse was right on her sun, which would changer her life and even the way she saw herself. And because it's in the first house, it changes your name. Not only your looks but your name, and she's going to be the Duchess of something.

So let's look at her chart. She's got four planets in Libra. The only other person I know with that is Kim Kardashian. They both love getting married. This is her second marriage, and Kim what was that her third. They like marriage and they want to get married, and they make good partners because they enjoy it and they want it. Jupiter's going to hit her Uranus, she may get pregnant by accident, or sooner than she was planning. October 20th, that's about the time and then she'll get pregnant or announce it, one or the other.

What do you think about the date of the wedding ?

You know I spent months and months picking the date my own daughter's wedding and when I found it I couldn't believe it because I had to take his chart and her chart, and the date, and the planets have to be getting along with each other. And it's very hard, you have so many planets, that you have to get in line. The most important thing when you are planning a wedding is to have a good Mercury. Mercury rules contracts and marriage in astrology and even in the law- it's considered a binding contract. They have this absolutely beautiful Mercury in perfect alignment with Saturn which is the planet of forever, ever, ever. And I like that. And they're getting married at 12 noon. It's going to be great pageantry because Leo is rising. Leo is rising at the time of their marriage and she's got Jupiter in the house of family and that's very nice so that means her family and his family blend. The one thing that worries me about this wedding day is Mars is where you encounter obstacles and difficulty. Mars is war, throwing things, shouting things, anger, or it could be physical. It was exactly yesterday. You look at the news and what's going on. Well we've got a volcano going off in Hawaii. And of all the days to move the embassy to Jerusalem they pick the worst day on the planet when everyone is mad and 27,000 people died.The problem is Mars is about to go in retrograde and I'm really glad nothing is going into retrograde on the day of the marriage and that's good.

The Queen is taurus and Megan is Leo. How do you think they get along?

Meghan's cancer rising is the thing that saves the day. But then again, Diana was Cancer. It's no guarantee. Theoretically, Diana should have pleased the Queen and she did for the most part but then when she started running around with Fayed. I think that was the last straw I think the Queen couldn't take that.

Harry cares so much for his reputation. That Capricorn rising, he's always aware of history and how he'll be treated in history. He has Saturn at the very top. He'd make a great leader. If he ever had to be king he would be fantastic at it and take it very seriously. He's a new person. He's not the person he was when he was a teenager. He's not wild. I'm surprised he even went through that period. She's Leo and Leo loves to be in the palace. And she's going to love meeting the ambassadors and heads of states and people like that. That's going to be the icing on the cake, she's going to love it and love having charity and changing the world.

I think Harry will protect her, he's Virgo and Virgo wants to serve. She's going to be the star of the show, she's going to be like Jackie Kennedy who was a Leo, born at the end of July. So I think Meghan will dress fabulously and I think the press will embrace her eventually when they see the crowds because they can't go against their own readers. The pageantry will be beautiful. Megan had a hard childhood. She has a moon in Libra so marriage is important and her parents marriage is important. She has Saturn conjunct with the moon, which is the planet of sadness. But right next to it, she has Jupiter, they're all on the head of a pin, so she has the best aspects of her moon and the worst. And I think that she did miss her father she they broke up when she was three years old and if she only had Saturn conjunct the moon she would be so reserved wither feelings but because Jupiter is there it counteracts it and it helps her have a sure feeling and not be subconscious about everything she says and does. I think with the royal family that Saturn will be activated and she will have to watch what she says publicly. But she'll like the activism.

Now they really are good together, they really are. Just hope and pray it is because we want this fairy tale wedding. We wanted it with Diana, it didn't work out there.