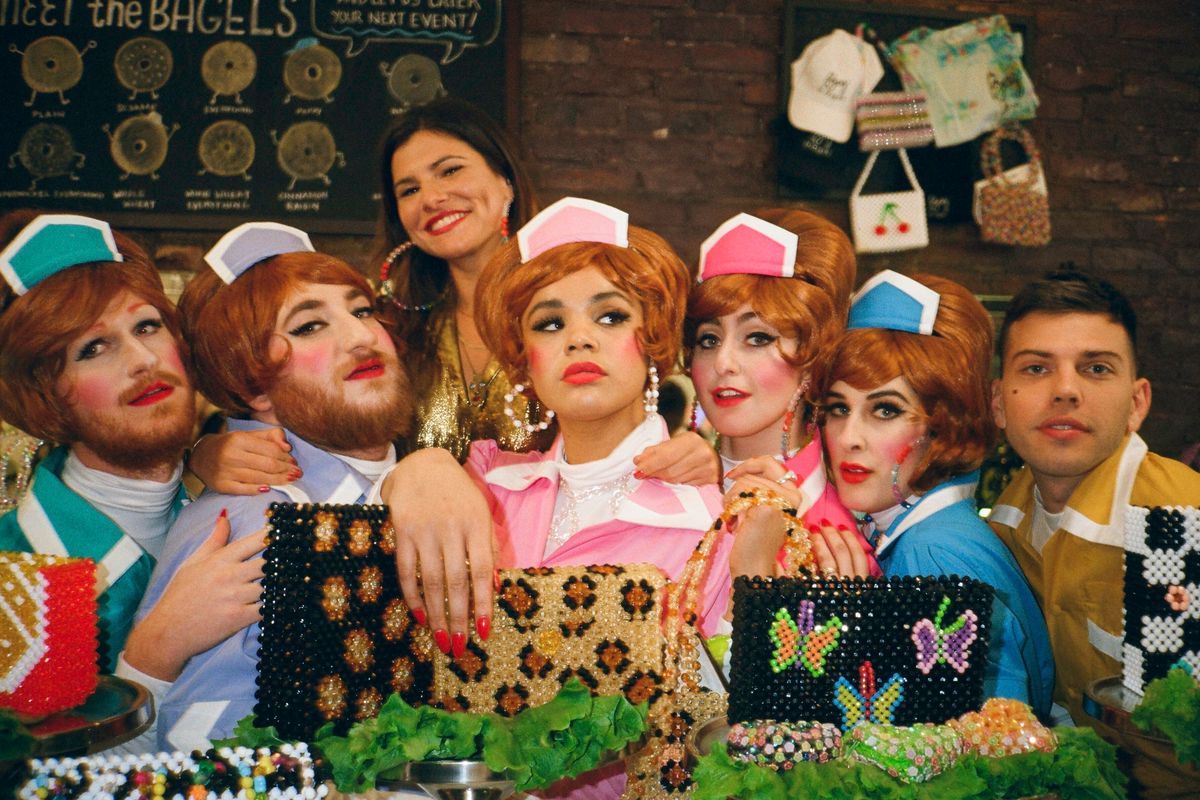 We're Here for Bagels and Drag Queens at Fashion Week

Yesterday, accessories designer Susan Alexandra hosted a presentation at Baz Bagels in SoHo — but it was more like a day party. Alexandra, who makes beaded bags in a trademark square style that you've likely seen all over Instagram, set up her own mini-diner within Baz, enlisting friends like comedian Cat Cohen and drag performer Steak Diane to serve up bagels and lox. They sang a version of Howard Ashman's "Skid Row (Downtown)" from Little Shop of Horrors, lyrics customized to honor Alexandra ("You have seen her in Vogue/ And now you're here at her show/ With all the gays and their hags/ Downtown"). The proceedings just felt so very New York, infused with queer and Jewish culture.

Photographer Hunter Abrams performed as one of Alexandra's waitresses. "Something magical happens when you get into drag," he told me. "Suddenly I was a very sassy Jewish waitress who had no time for anyone's bullshit."

Abrams, who normally spends fashion month zooming around the globe shooting for publications like Vogue and CR Fashion Book, was pleased to have a "moment of fun" during a normally extremely intense NYFW. "It was definitely a form of self-care to step back and put on a new hat and play a different part than I normally get to do," he said. "The fact that I got to do it for Susan, who I've been friends with for the past few years, was icing on the cake."

Alexandra's offerings — sparkling jewelry and purses — are so very cute. And the proceedings were infused with a kind of joy you don't get too often at fashion week. Activist Adam Eli Werner published an essay on Instagram about how the difficulties of being a queer person of faith, and how Alexandra's presentation managed to be inclusive in a way he doesn't always find in traditional Jewish or queer spaces.

"I took a step back and looked around. Susan's bags and her guests were shiny, pastel and glittering," he wrote. "A group of drag queens were singing on the counter of a Jewish-owned bagel shop a song by my queer Jewish hero [Ashman]. I turned and found myself face to face with a hung portrait of Barbra Streisand. After a 28 years of being queer and Jewish I had found a place where I didn't have to compromise."