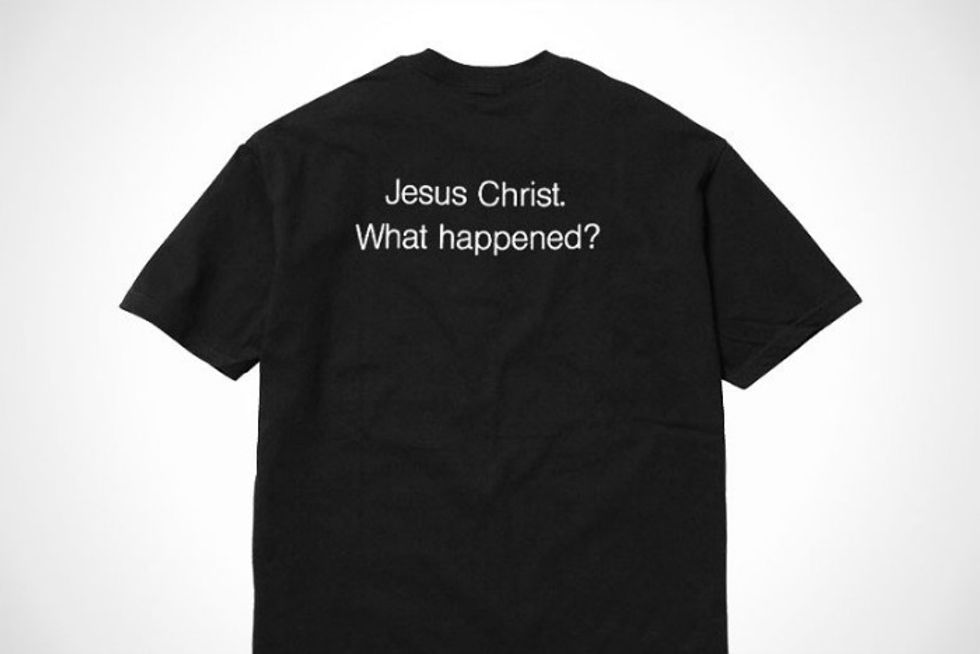 Supreme To Release New Collection for the 20th Anniversary of Kids

By Sandra Song
PAPERMAG
Like all wacky pop cultural phenomena that came before/after it (see: Daniel Johnston, Sean Cliver, R. Crumb, etc.) Larry Clark's cult classic Kids is finally getting the Supreme treatment it deserves.
Starting tomorrow, Supreme will release a collection of sweaters, shirts and skate decks printed with quotes and film scenes to make the movie's 20th anniversary. And this isn't the first time Clark's lent his kinda creepy portrayals of youth sexuality to America's shirtfront -- he had a previous Supreme collection with naked teens making out on t-shirts.
Jesus Christ. What really did happen?