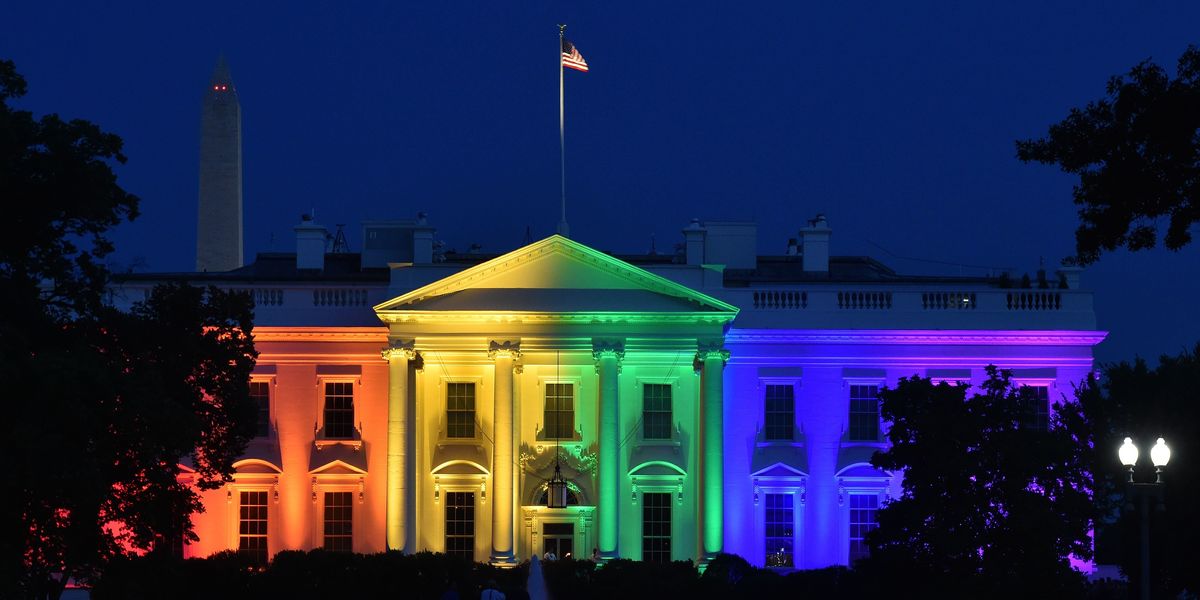 Here's How You Can Support The Equality Act

Today, Democratic members of the House of Representatives and Senate introduced The Equality Act.

The historic new act is an amendment to the Civil Rights Act of 1964, a landmark civil rights and labor law in the United States that outlawed discrimination based on race, color, sex, religion, or national origin. It also effectively banned Jim Crow state laws that upheld racial segregation of public places and employment discrimination.

The Equality Act will explicitly prohibit discrimination on the basis of sexual orientation and gender identity "in education, employment, housing, credit, federal jury service, public accommodations, and the use of federal funds," ABC News reports.

During the press briefing announcing the act's existence, House Speaker Nancy Pelosi, New York Democratic Senator Chuck Schumer, and Chairman of the House Judiciary Committee Jerrold Nadler all made comments about the impact of the Equality Act.

"Equality — that is what America is all about... It's hard to believe that in 2019, it is still legal to discriminate," Schumer noted, before going on to quote Dr. Martin Luther King, Jr, whose activism efforts during the Civil Right Movement in part made desegregation and the provisions of the Civil Rights Act possible. "The arc of history is long, but it bends in the direction of justice," King, now Schumer, said.

Nadler, who is one of the co-sponsors of the bill, said, "We are going to win this bill... to end the discrimination LGBTQ people have suffered throughout recorded history."

In an op-ed for The Advocate further elaborating on Trump's anti-LGBTQ initiatives, Pelosi promised to never rest until full equality has been achieved for the LGBTQ community. "We will be relentless in our work to defeat the president's discriminatory, anti-LGBTQ agenda and hateful attacks on the transgender community," she wrote. "The president's transgender service ban is a cruel and arbitrary decision designed to humiliate patriotic transgender Americans who have stepped forward to bravely serve our country, and it will not be allowed to stand. Liberty, justice, and equality are America's guiding values — not bigotry and discrimination."

The Trump administration has proposed several anti-LGBTQ policy changes that would adversely affect more than 11 million LGBTQ-identifying Americans at work, in school, and in the military. Just last night, according to a new memo, the Defense Department approved a new policy that will largely bar transgender troops and military recruits from transitioning to another sex, requiring most individuals to serve in their birth gender. This falls slightly short of Trump's initial trans military ban, but the new policy will likely force the military to eventually discharge trans people who need hormone treatments or surgery, and can't or won't serve in their assigned sex at birth.

If passed, the precedence of the Equality Act might be the closest thing we have to challenging many of these policies. That'll be the ultimate litmus test of its power. Want to help make sure the Equality Act becomes a reality? Contact your representatives and tell them to support the act, here.