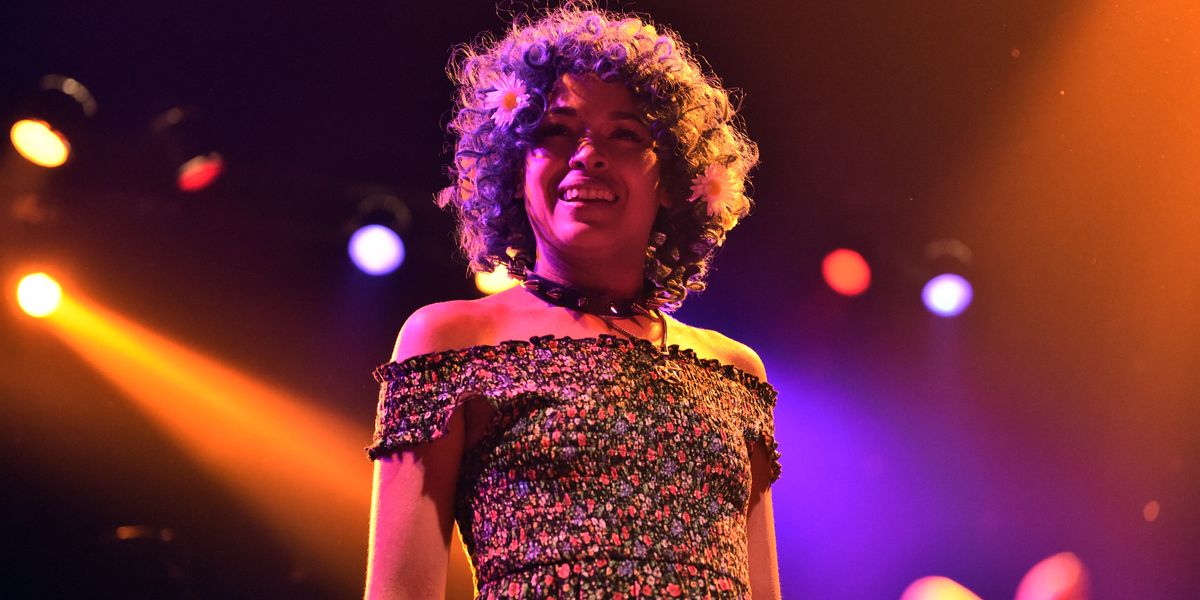 A nation still in crisis.

Princess Nokia is keeping quite busy these days, having released an emo-rap album this spring, A Girl Cried Red, voice acting in upcoming episodes of HBO's animated series Animals, and being named the new face of Betsey Johnson's fall collection.

She has also just announced the launch of the Hood 2 La Gente: Puerto Rico Relief fundraising campaign, on the heels of the one-year anniversary of the devastation from Hurricane Maria. It was initially estimated that the hurricane claimed over 4,600 lives from the hurricane's landfall on September 20, 2017 to December 31 that year. Just this morning, the Puerto Rican government confirmed the death toll to be at 1,427; either way, the statistics place Maria as the second-deadliest storm in America's history. The New York native launched the campaign alongside community-centered organizations and activists "to not only bring awareness to the political crisis in Puerto Rico but to support grassroots organizations working to serve the people," according to a press statement detailing the initiative, which is also hosting an ongoing donation collection in New York for needed items and goods.

Additionally, and perhaps more important the Hood 2 La Gente GoFundMe page makes clear that Puerto Rico is still in crisis. The description in part reads: "Almost a year after Hurricane Maria, the nation of Puerto Rico is still in a massive crisis. Puerto Rico has a higher poverty rate than any state in the U.S.. Poverty has increased from 44 percent to 52 percent after the hurricane. Suicide rates have doubled. It is expected that Puerto Rico will lose close to a half million people by next year, resulting in "brain drain," which means leaving the island without doctors, nurses, teachers, scientists, and other trained professionals."

Princess Nokia is partnering with organizations including Sol es Vida, el Hormiguero, Luis Llorens Torres projects, Urbe Apie, the Puerto Rico Trans Youth Coalition and el Centro de Apoyo Mutuo de Utuado. Below, watch a video from Nokia about the fundraiser; so far, the GoFundMe page for Hood 2 La Gente is at almost $2,000 out of its $12,000 goal. Support here.