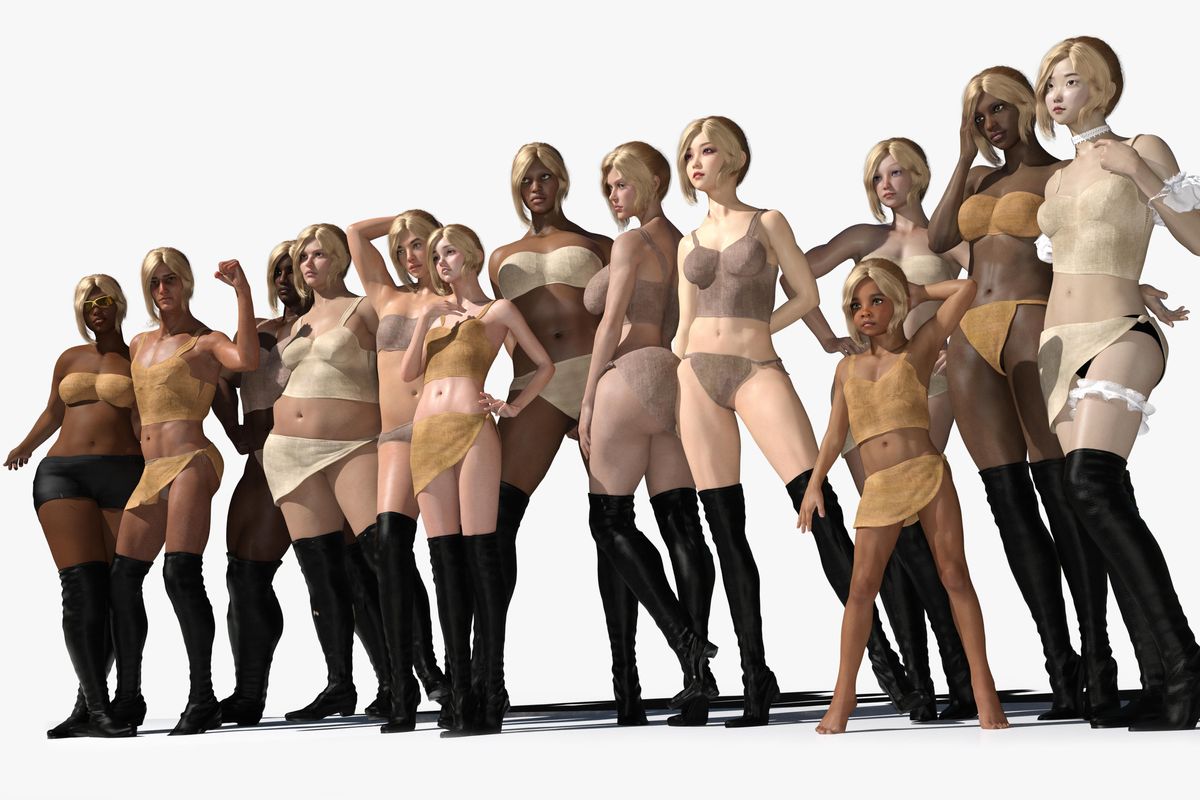 RuPaul's 'Supermodel' Gets a 2021 Makeover

Years before RuPaul became a household name through TV, the drag icon was played on radio. The RuPaul's Drag Race creator helped define '90s music with his pop-house single, "Supermodel (You Better Work)," which put the voice of an openly gay, Black man front and center — something that, at the time, was unheard of.

Now, one of the original "Supermodel" co-writers has reimagined Ru's track for a new generation.

Jimmy Harry, who produces today under the name Bonsai Mammal, transformed "Supermodel" with vocals from underground pop star LIZ. The two slowed down Ru's original, with sexier, chilled out production. "You better work, work it girl," LIZ sings, taking the electric chorus and dipping it into a warm bath. "Do your thing, on the runway."

Harry says he'd always "been curious to hear 'Supermodel' in a totally different sonic light," and finally had the opportunity when he booked a London session with LIZ a few years back. "I told her that I'd always wanted to cover the song and she immediately volunteered her vocal services." It wasn't until COVID that Harry had "a bit of extra time" and finally finished their cover, available now.

Watch the "Supermodel" visualizer, up above, and learn more about Jimmy Harry and LIZ's collaboration, below.

Looking back on "Supermodel," what about that song are you most proud of?

There's a lot to be proud of. The first time I saw Ru do a drag show I felt very strongly that the world needed to see him perform. I'm glad that I had a small part to play in making that possible. It was fun having my first success in the music business being such an outlandish project. And, of course, I'm super proud about the role it played in bringing drag/trans culture into the mainstream.

Why do you think "Supermodel" resonated with so many people?

RuPaul! He's such a force of nature. He had this gift for taking a character that, at the time, was dangerous, bad ass and controversial, and making it sweet, funny, sexy and relatable. How could you not love him? The video Randy Barbato and Fenton Bailey did for the song was beyond spectacular. And I guess the song was catchy, too?

How did you go about updating "Supermodel" for 2021?

I had always been keen on doing a version of the song but knew, if I was going to do it, that it had to occupy a totally different space then the original version. I wanted to make it sexy, sultry and chill. I started off with recording LIZ on a really sparse track and having her sing in a super laidback style. Then I started adding elements that I had been using a lot for my chill tracks/remixes. I was surprised and pleased how well it translated into a 2021 soundscape, so I decided to put it out.

"The first time I saw Ru do a drag show I felt very strongly that the world needed to see him perform." –Jimmy Harry

Do you have any memories of listening to RuPaul's original "Supermodel"?

I definitely have memories of early MTV as a wee child in the early '90s: Janet and Michael Jackson, Madonna, Beastie Boys. Ru especially fascinated me. As Jimmy mentioned, he's got this positive, endearing, likable quality. And looking back, I think the little girl in me was probably drawn to that authentic emanation of love and innocence in his persona — not to mention iconic style! Who didn't strut in front of the TV as a little bb pretending to be a supermodel?

Why do you think "Supermodel" has transcended generations?

As Jimmy mentioned, it's been great to see the ballroom and drag scene become more and more mainstream in culture and art as time goes by. It truly is a special movement, and Ru was a pioneer and leader in this world. "Supermodel" is an anthem for inclusion and is absolutely timeless. This cover is an ode to those brave enough to be themselves, who love to play and have a sense of humor in life.

What is it like working with Jimmy? You collaborated on your album, Planet Y2K.

Jimmy is a legend! He's worked with a lot of my heroes (Britney, Kylie, Madonna). I'm so lucky to call him a friend and collaborator, and always learn a lot from him about crafting pop songs. We did "Intuition" and "Mickey" together for my album, Planet Y2K (quite possibly my favorite tracks from the record). We also collab a lot with JC Chasez from *NSYNC, who I've adored all my life! I'm honored Jimmy asked me to be part of his project for Armada Music.

"This cover is an ode to those brave enough to be themselves, who love to play and have a sense of humor in life." –LIZ

Stream "Supermodel" by Bonsai Mammal and LIZ, below.