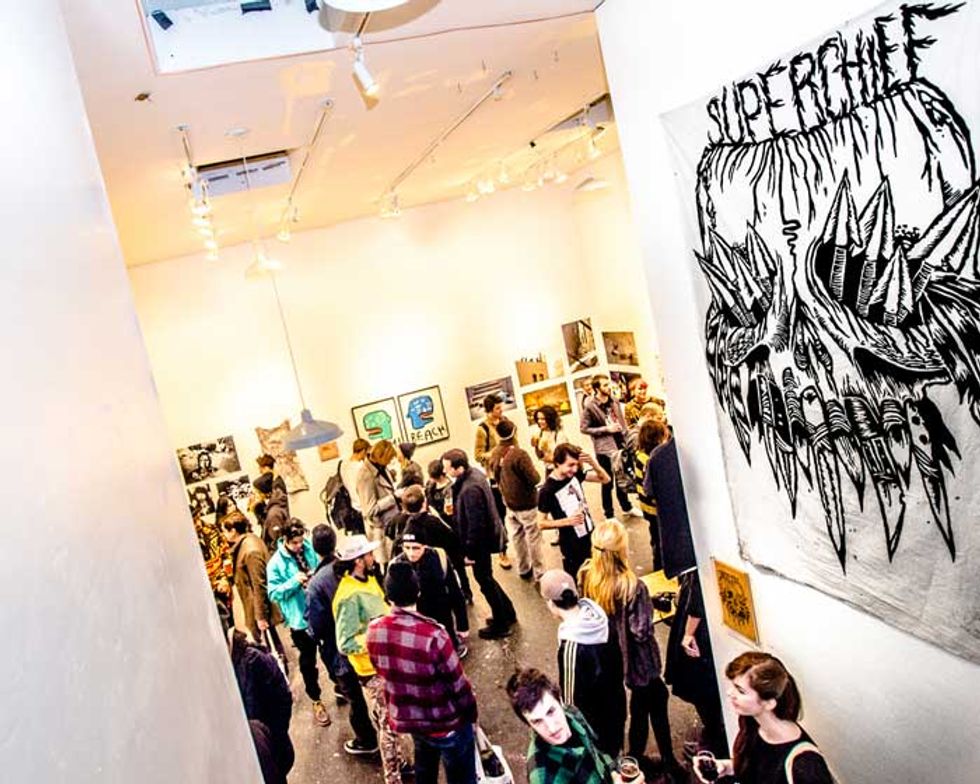 "We don't really like boring art shows," says Superchief Magazine's 23-year-old co-editor William Dunleavy. He's explaining the ambition behind the 65-piece group show that inaugurated Superchief's year-long residency at Lower East Side bar/gallery Culturefix, where Dunleavy and his editorial and curatorial partner, Ed Zipco, have resolved to host a new exhibition every week. He's also getting at the youthful energy behind their regular performances and parties (so many kids packed into their opening party last month that they reprised it, impromptu, three nights later) and the curatorial vision behind Superchief's shows. "We've been cultivating this art community amongst our friends for years," says Dunleavy, "so we kind of feel like we know everybody who's on our aesthetic." That aesthetic derives from the Bushwick punk scene and the international anarchist movement -- "You should just seize all the assets of public life and make something better, I guess" is how Dunleavy describes his philosophy -- and draws on tattoo art, DIY show flyers, underground comics and graffiti. From Zoo Lion's pornographic collages (link very NSFW) to Metro Zu's Day-Glo doodles, the work is occasionally grotesque, undeniably puerile and far removed from the froideur of so many new L.E.S. galleries.

The Superchief Gallery owes some of its distinctiveness to its setting, which isn't simply a gallery but a licensed bar. The business model -- based around selling drinks, not paintings -- allows for more stability than in Superchief's previous location in Williamsburg, which operated from May to December 2012 despite a skeptical landlord and inimical neighbors. "One time we had a show called 'Creepers,'" Zipco recalls of the space. "It was all about juvenile obscenity. So we had Mike Diana, who was the only American artist ever to be thrown in prison for his artwork. There was a performance artist nailing a nail into the head of his penis."

"We had that act in here," interrupts Culturefix owner Cole Schaffer, 27. "I wonder if it was the same guy."

"That's why I feel good about us being here: they've been through it," says Zipco of his new hosts. "They've been on the Lower East Side for two and a half years. You can't really shock them with some shit that would shock our landlords in the past." 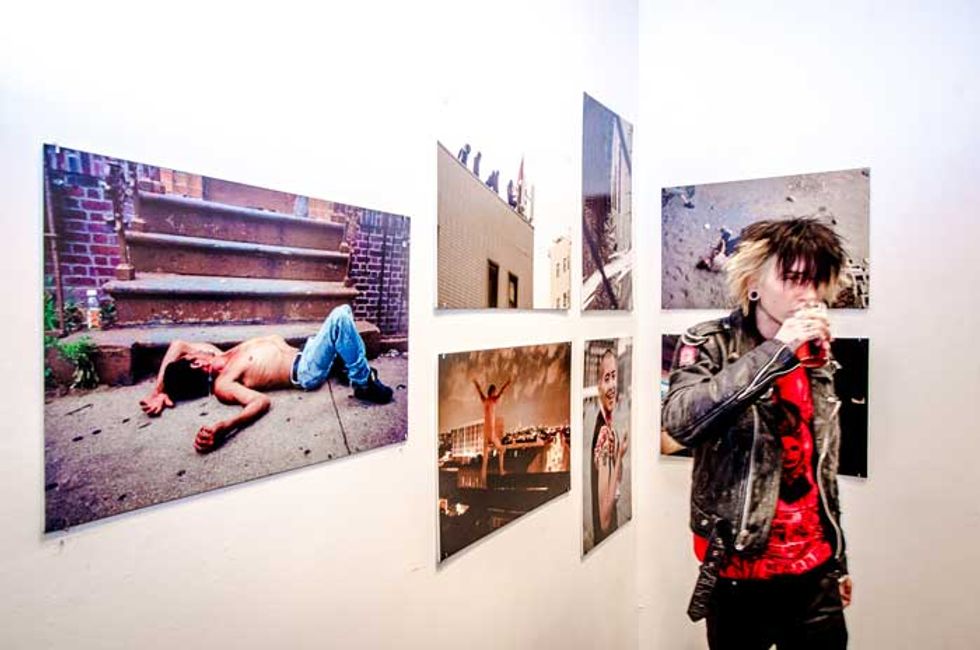 A Florida native and Pratt-educated photographer, Zipco founded Chief magazine in 2006, then spun it off into Superchief with "photo bud" Dunleavy in 2009. (Zipco says the name was inspired by Mario Brothers: "When it's the second one, it's Super Mario.") Schaffer started Culturefix in 2010 with Ari Stern, a co-worker at Jeffrey Chodorow's China Grill. The four parties were brought together at the end of last year by Johnny Sagan, 32, an itinerant curator and promoter who works under the name Snowy Wilderness.

Plans for the year include a House of Ladosha retrospective to coincide with Fashion Week; a show of Heather Benjamin's gruesome cartoon porn; a book release party for badass documentary photographer Paul Kwiatkowski. There's also going to be a party to celebrate the end of their Kickstarter campaign and the thirty-day weed fast Zipco is taking to promote it. Says Zipco, "I would give you 50/50 odds that we have more than fifty-two shows in 2013." Whatever doesn't fit on the walls they plan to showcase on their website, which will also provide PR and host an online store of all the work shown over the year -- not to mention such recurring columns as "Smoke Weed to This." "We just like taking opinions on things and then having fun with it, sharing it with people," says Dunleavy. 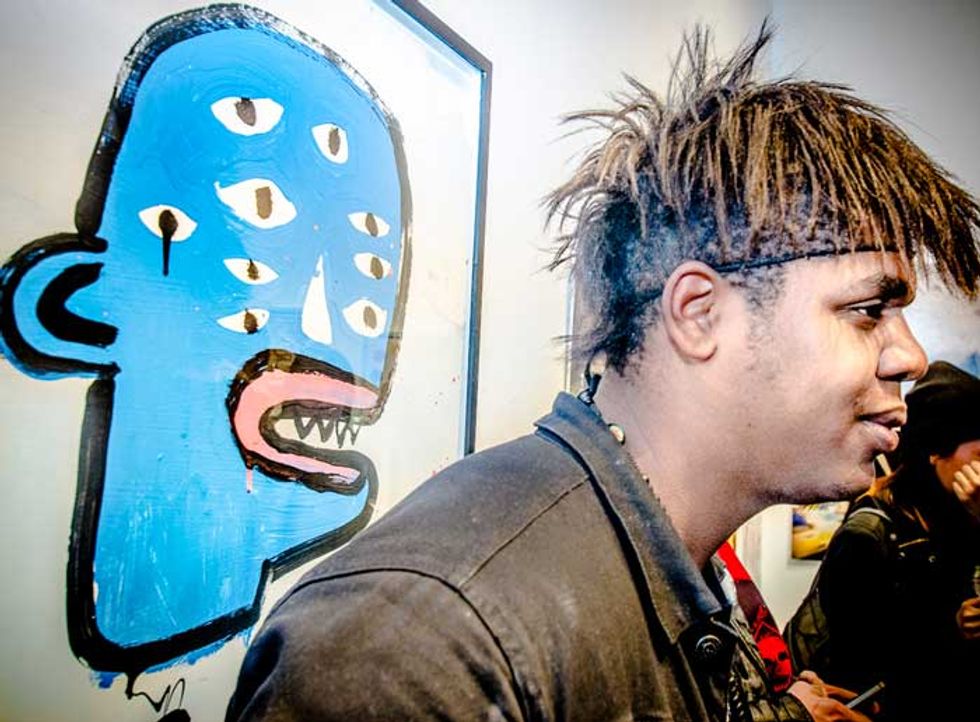