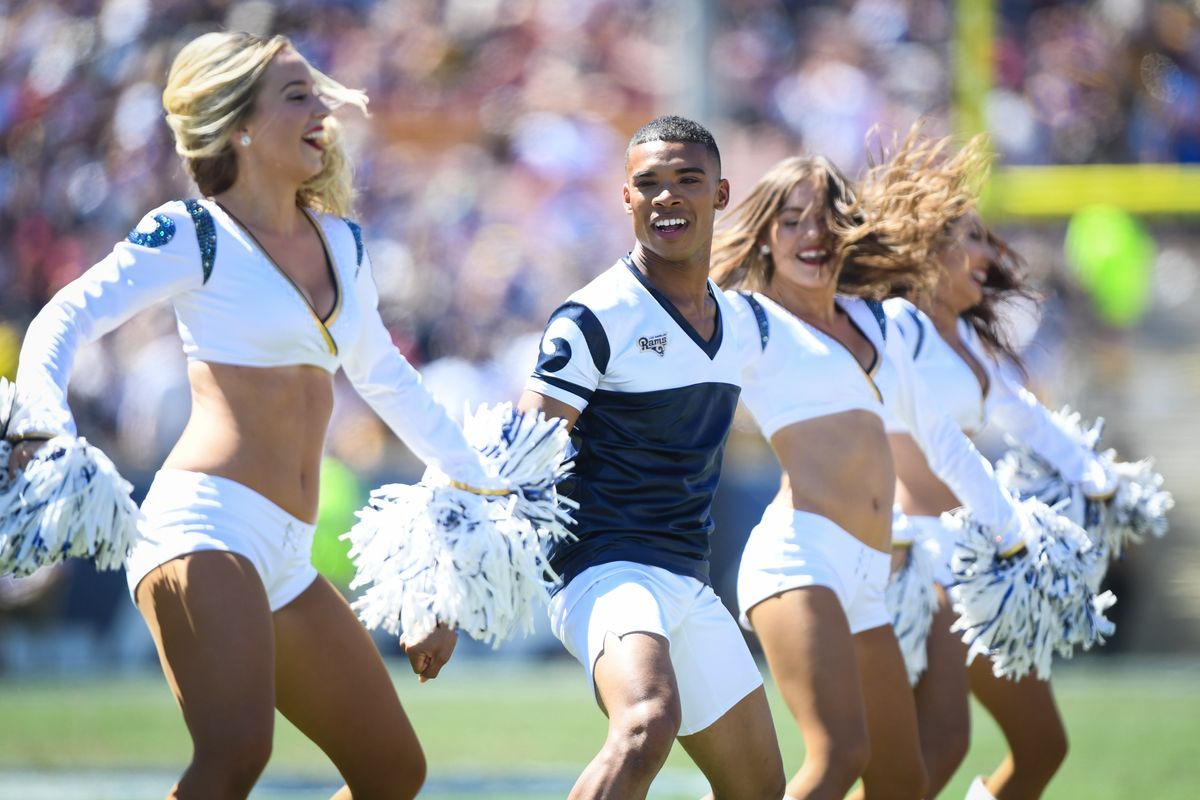 Male Cheerleaders Will Make History at This Year's Super Bowl

Wait, is football actually good now? The NFL's first-ever male cheerleaders, Quinton Peron and Napoleon Jinnies, will be supporting the Rams during Sunday's Super Bowl, the LA Times reports. It will be an historic moment for the league, and a way better reason to tune in than Maroon 5.

While various NFL teams have allowed male stuntmen into their cheer squads, it was previously unheard of for men to dance the same moves as women. Although there is no explicit rule against it — when Peron and Jinnies tried out for the Rams, they were welcomed. Especially when coaches realized how talented they were.

"They were qualified and had earned their spot," Rams chief operating officer Kevin Demoff told the newspaper. "They had done an amazing job and deserved to be on the team."

Peron and Jinnies, who are both classically trained dancers, officially joined the 40-member Rams squad in March. Their success inspired the NFL's third-ever male cheerleader, Jesse Hernandez, to join the New Orleans Saints.

A few accommodations were made by their new squad: modified uniforms (no pom poms!), more sporty dance moves, and some song cuts — "Diamonds Are A Girl's Best Friend'' and "Single Ladies (Put A Ring On It)" were out, in favor of a more gender neutral playlist.

While Peron and Jinnies have been targeted by bullies during games and on social media, they've also won over many Rams fans over the course of the season.

"Whatever has been out there we've been able to take it, because we know who has our backs," Peron said. "Our family has our backs, our girls have our backs and the city of L.A., they've got us.''