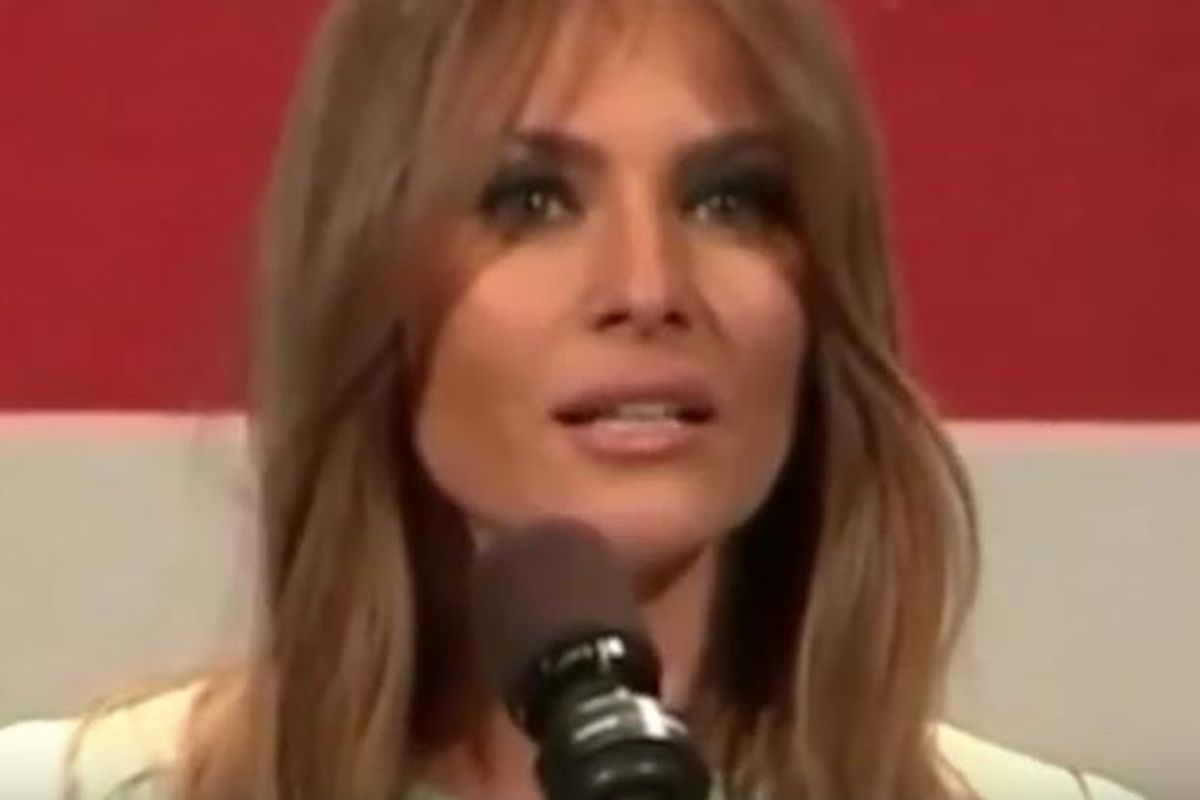 Comic wizard Vic Berger, via his home base Super Deluxe, has created another astonishingly hilarious clip of our potential future first lady, Melania Trump, speaking at one of her husband's infamous rallies.

The Slovenian-born former model has been mostly mute throughout Trump's oppressive campaign...

...and Berger wonderfully captures the brutal awkwardness of her attempting to break-away from her smile-and-nod duties as Don-Don's shiny trophy.

Berger is able to paint Melania in a sympathetic light, as she (fearfully repeats) "He's great...he has a big heart...my husband...hello?"; Trump watches on, while staving off some kind of psychotic break.

Not much else needs to be explain--just watch for yourself.

And again, don't vote for Trump.