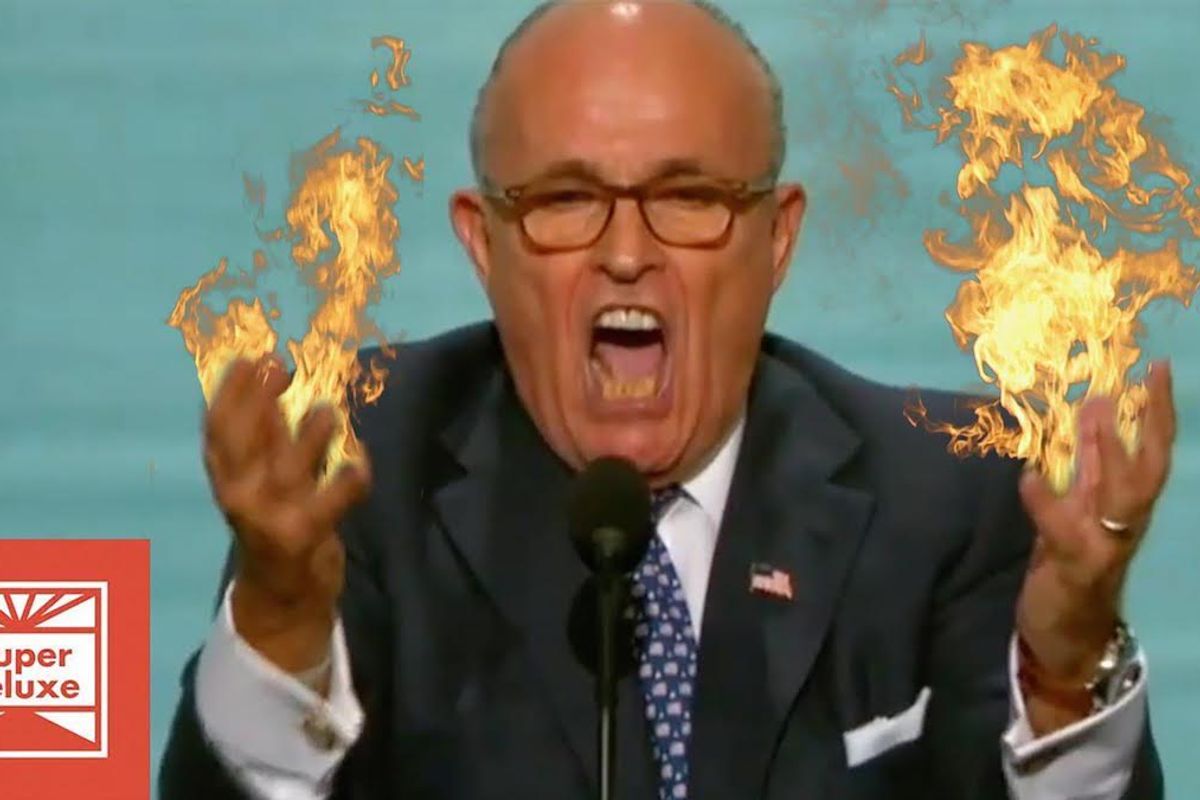 His impassioned speech on night one of the convention terrified the rational world, for his remarkably progressed descent into conservative fervor/madness.

There are, of course, air horns at every turn.

And also this quick homage to a particularly awful/disturbing "gag" video Trump and Rudy made back in 2000, for the "Mayoral Roast" of Giuliani.

Rudy wore drag and got his breasts groped and motorboated by Trump in a department store.