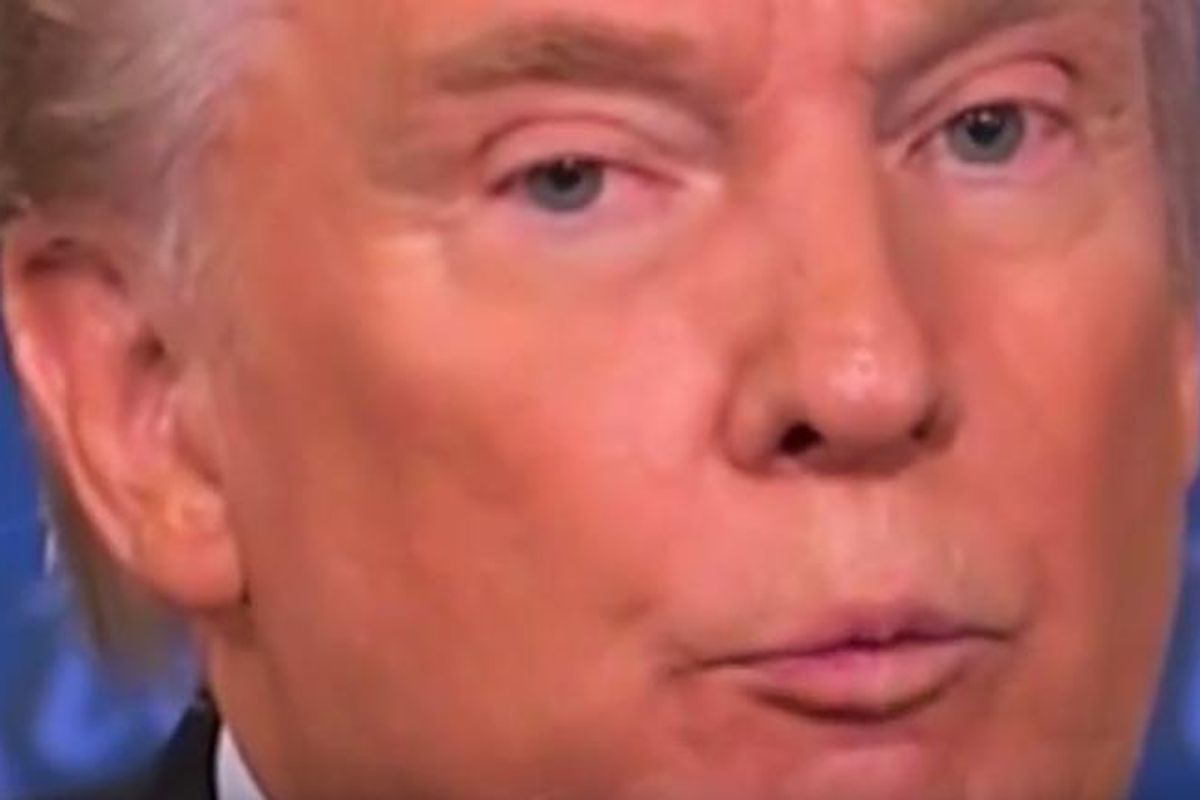 Super Deluxe's Vic Berger has offered up his hilarious, hellish rendition of last night's first presidential debate between Hillary Clinton and his favorite muse Donald Trump. The glorious edit (complete with air horns, of course) gives an artistic rendering of Trump's disintegration on stage, all while Hillary simply either laughed and stared stone-faced ahead.

"Wrong!" Trump repeats in the video, as Berger loops in all the times he went to drink his water, seeming more and more deflated by his unfathomably more prepared and equipped opponent. As always, Mr. Berger is able to enhance the propostrous reality that we are living in, where Donald fucking Trump has a legitimate chance to be the President of the United States--thankfully less legitimate after last night!