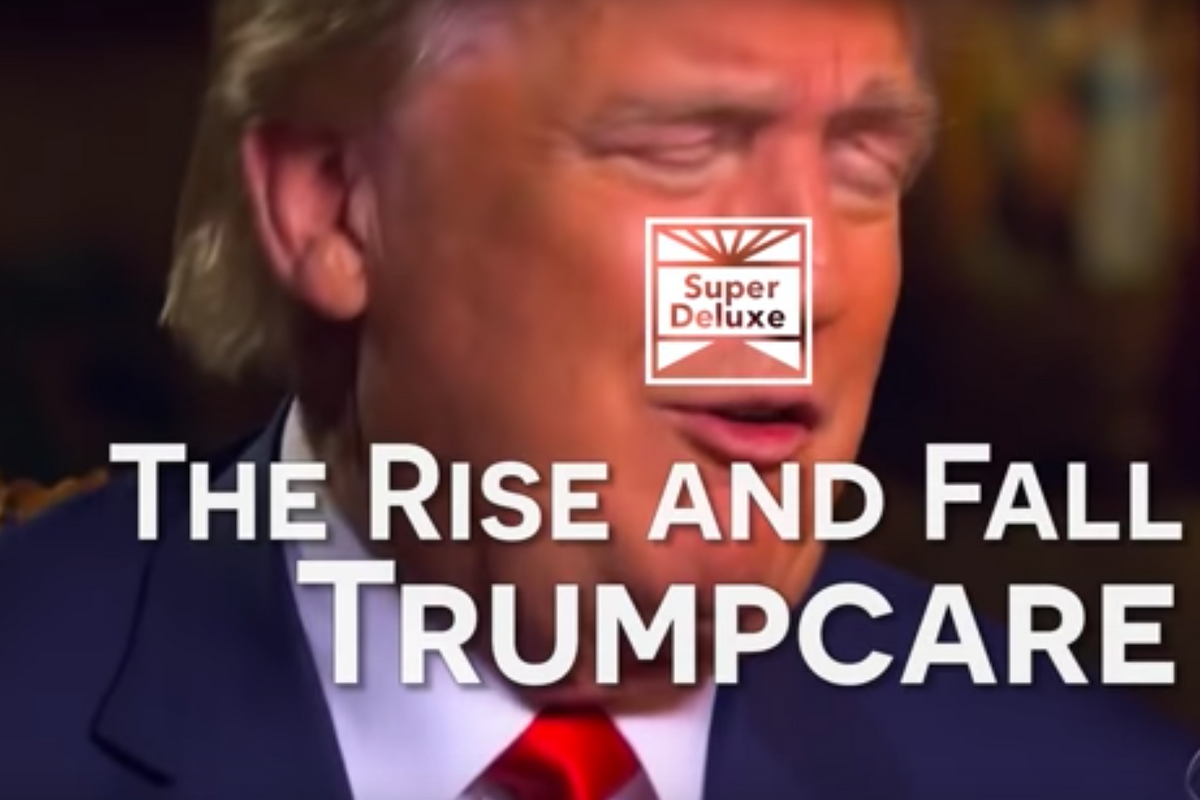 We already know that Ryan Murphy is using the latest presidential election as inspiration for the next season of his hit anthology series American Horror Story, and as of today, we know that Sarah Paulson wants to step up and do the honors of portraying the Orange Monster himself. Well, it turns out that Ryan Murphy isn't the only one picking up on the shamelessly theatrical elements present in Mr. Trump's presidency, since Super Deluxe revealed their own vision for what his reign could offer to the American Horror Story franchise. Hint: It all has to do with the recent drama surrounding Trump's failed attempts to get rid of Obamacare.

In a new video, the entertainment company have compiled a series of clips dealing with the long gestating journey Trump has had while trying to repeal the national health insurance plan, which has helped millions of uninsured Americans get the medical coverage they need. Set to eerily ominous music with interspersed sound effects and weirdly zoomed-in camera angles, the video is a great indication for what a show based on Trump's ridiculously un-presidential presidential run could offer to a show as ridiculous and campy as American Horror Story.

In the same spirit, Super Deluxe also uploaded a video with a series of Trump's most popular tweets consolidated into an early 2000s emo song, as a followup to an earlier video that did the same thing with different tweets. With the president's serial usage of the word "sad" and his pattern of playing the victim to everyone (the government, the media, etc.), the resulting "woe is me" anthem is surprisingly coherent. I could totally see this song fitting in on a Simple Plan album from 2004.