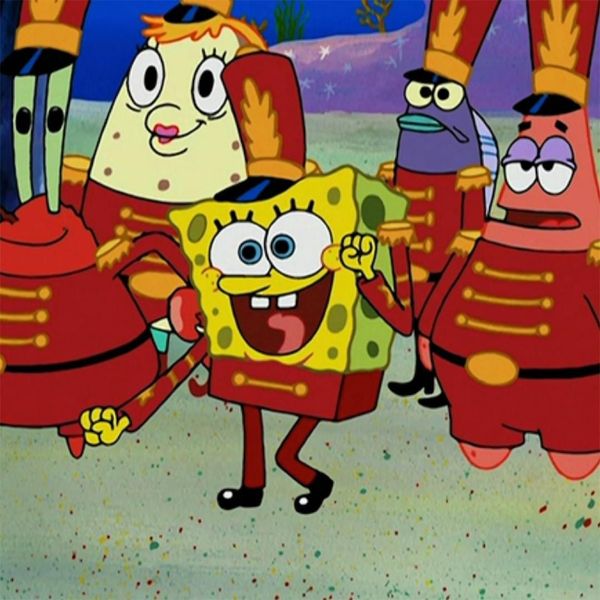 In honor of the life of Spongebob Squarepants creator Stephen Hillenberg, who passed away in November 2018, hundreds of thousands of fans signed a petition to have the Super Bowl halftime show feature the song "Sweet Victory." And, indeed, the NFL made it happen — but not in the way fans thought they would.

Rumors were swirling around that Maroon 5, who headlined the halftime show, would most likely sing the song for all to hear in the gigantic Mercedez-Benz Stadium in Atlanta, Georgia. This was after a news reporter caught a glimpse of a clip from the "Band Geeks" episode — which premiered on Sept. 7, 2001 — from the famous Nickelodeon cartoon show while Adam Levine and the gang were rehearsing their set.

But, the tribute was nowhere nearly as grand as what people thought it would be. Fans expected the song to be performed, but instead the NFL decided to air a very brief clip of the Bikini Bottom band playing "Sweet Victory," after Squidward introduced Travis Scott. And while this was a short and sweet dedication, it was a definite letdown and a lot of people were also disappointed.

That 5 second Spongebob cameo vs the rest of the halftime show. pic.twitter.com/eaXPco9Njx

but where was spongebob

You promised these people Sweet Victory, but all I saw was...Cheapy the Cheapskate #SuperBowl #SpongeBob pic.twitter.com/RpJsU9FSZ2

When they promised us spongebob then let us down #PepsiHalftime pic.twitter.com/b1VVsySbTN

Me when they didn’t play Sweet Victory #SpongeBob #SuperBowl pic.twitter.com/UL5Gyg9FRf

How it felt when Sweet Victory wasn't played at the Half Time show #SuperBowl #HalftimeShow #SweetVictory #SpongeBob pic.twitter.com/v0IWIcDwf0

Still, the official Spongebob Squarepants social media accounts don't feel the same way. The show's Twitter account posted, "So honored and humbled! Thankful for being included and for all our fellow sea creatures."

So honored and humbled! Thankful for being included and for all our fellow sea creatures 💛💛 pic.twitter.com/F8lesQvDBz