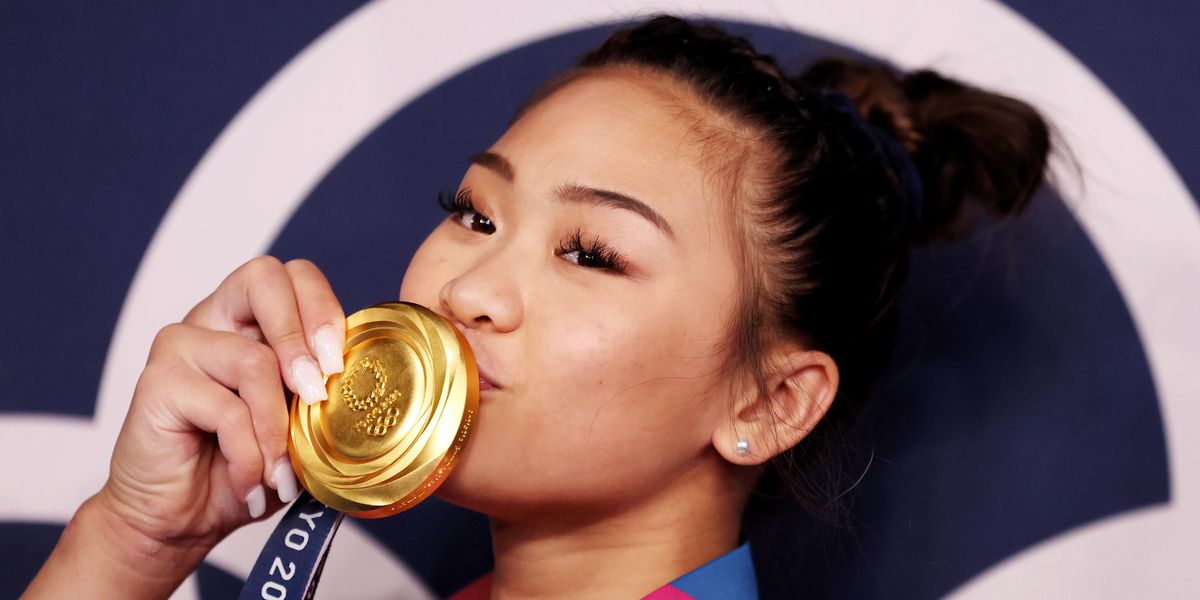 Suni Lee of Team USA brought home the gold medal in women's gymnastics during this year's Tokyo Games. In a fitting show of support, Simone Biles, who previously backed out from the competition, offered praise from the stands, as well.

Lee became the fifth consecutive American to win the event, amassing a score of 57.433 from the judges. She beat Brazil's Rebeca Andrade, who won silver with 57.298. Prior to the final round, Lee was behind Andrade, but managed to take over in the final event.

The day of withdrawing from the Olympic team final, Biles revealed that she left to focus on her confidence and mental health issues as a result of the competition. "After the performance that I did, I didn't want to go into the other events so I thought I would take a step back," she said to reporters.

Biles also shared that she was seeing a therapist to battle her "demons" and took Wednesday to be a "mental health day."

When speaking about her performance, Biles revealed that in the midst of doing a complicated move in midair, she realized she didn't know where she was — but still managed to land safely. This factored into her decision to step out.

Team America went on to win silver. Biles praised her teammates online, writing, "I'm SO proud of these girls here right here. You girls are incredibly brave & talented! I'll forever be inspired by your determination to not give up and to fight through adversity!"